This Morning: James Martin prepares a sausage and apple pie

During Monday’s This Morning, James Martin was demonstrating to hosts Ruth Langsford and Eamonn Holmes how to make a posh sausage pie with apple sauce. The celebrity chef began the dish by frying off the sausages before covering them in pastry. However, some fans thought he had taken the sausages out of the frying pan too soon and that they looked a bit undercooked.

Introducing the segment, James began by cooking the sausages, frying them in a pan.

“You can use normal sausages, but you just want to colour them first of all.

“Once you have got a bit of colour on them, on one side, turn them over like that and just leave them.

“All you’re going to do is colour them on one side,” he said to ITV’s Eamonn and Ruth. 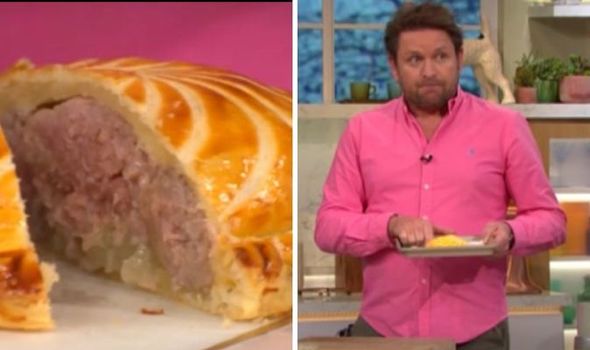 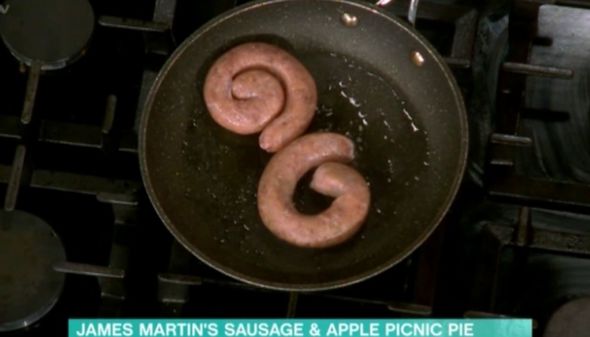 After James had taken the sausages out of the pan, he covered them in pre-rolled pastry and washed the top of the pastry with egg.

Speaking about what to do next, James explained: “Take your knife and spin it at the same time.

“So, you hold it like that and you’re creating this little scallop edge all the way around. 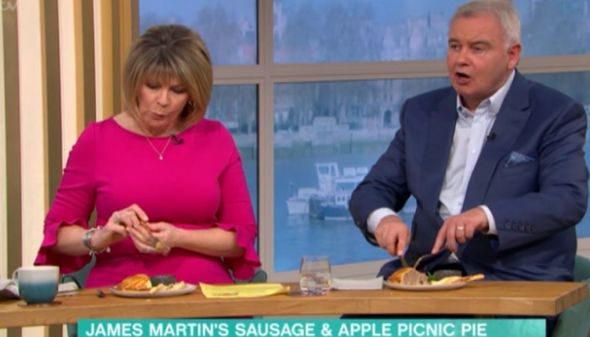 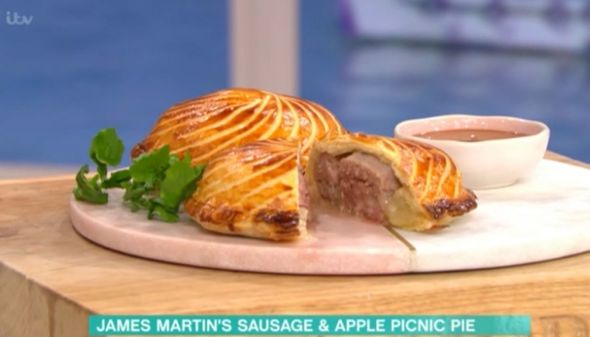 The Saturday Morning chef went on to talk about how the sauce was made before taking the pies out of the oven.

He continued: “The sultanas have been soaked in water for 24 hours, you drain them off and blend them with brown sauce.

“It’s amazing. All you do is stick the whole lot in a blender and serve it.

“It’s so simple this, you can have it hot or cold. It’s just a fancy pie.”

As he cut open the pies to show the end result, viewers couldn’t help but comment on the appearance of the sausages.

Taking to Twitter, one said:  “All that effort just to end up with a soggy raw sausage!”

A third added: “If that sausage is cooked then I’m a fairy.”

Another tweeted: “Think that needs another 10 minutes in the oven Jamesy.”

Other viewers were left baffled by the dish and suggested that going to high street bakery Greggs would be easier.

This Morning airs daily at 10am on ITV.