Home » TV » James Martin’s appearance on This Morning leaves viewers distracted ‘How big is that?’

James Martin’s appearance on This Morning leaves viewers distracted ‘How big is that?’

TV chef James Martin is a regular guest on This Morning as he shows viewers how to whip up a selection of delicious treats each week. Today he was teasing Holly Willoughby and Phillip Schofield by making a tasty fish recipe which included his gin-infused batter.

James wasted no time in showing viewers how to make his favourite batter, explaining: “I’m going to use a selection of different things over here.

“I know you guys like gin and tonic. Gin! A little bit of gin and some tonic as well,” he said pouring in a small amount to his batter mix.

“What?” Phillip exclaimed as James continued: “If you make this batter with gin and tonic, it tastes amazing.”

Holly and Phillip couldn’t believe what the chef was saying as they revealed they were sad they couldn’t try the crunchy batter. 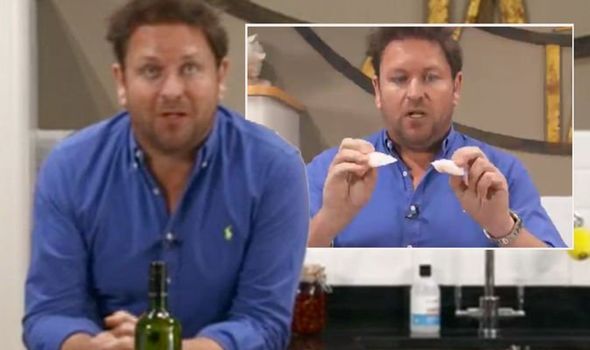 However, as the presenters lusted over James’ creation, viewers were left incredibly distracted by his background.

Those who tune into This Morning regularly know that James has a large clock on his kitchen wall, which he has previously spoken about.

But despite several appearances on the show since the clock was put on the wall, viewers still couldn’t take their eyes off it. 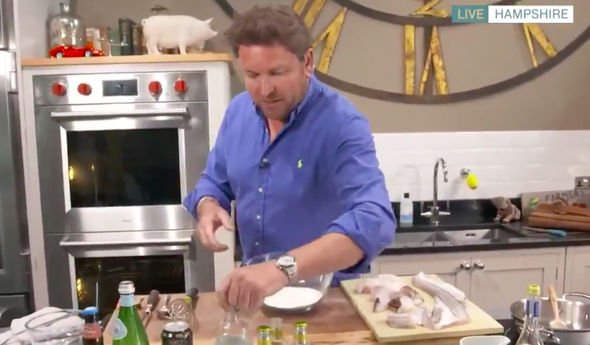 Another tweeted: “Can that clock in the background get any bigger though #ThisMorning.”

“James Martin is in the village clock tower again #ThisMorning,” a third joked.

Someone else posted: “How big is that wall to fit that massive clock on it??? #ThisMorning.”