SPOILER ALERT: The post below reveals the winner of tonight’sJeopardy! Tournament Of Champions.

Sam Kavanaugh, a substitute teacher from Carlton, Minnesota, emerged triumphant at the 2021 Jeopardy! Tournament Of Champions on Friday night. 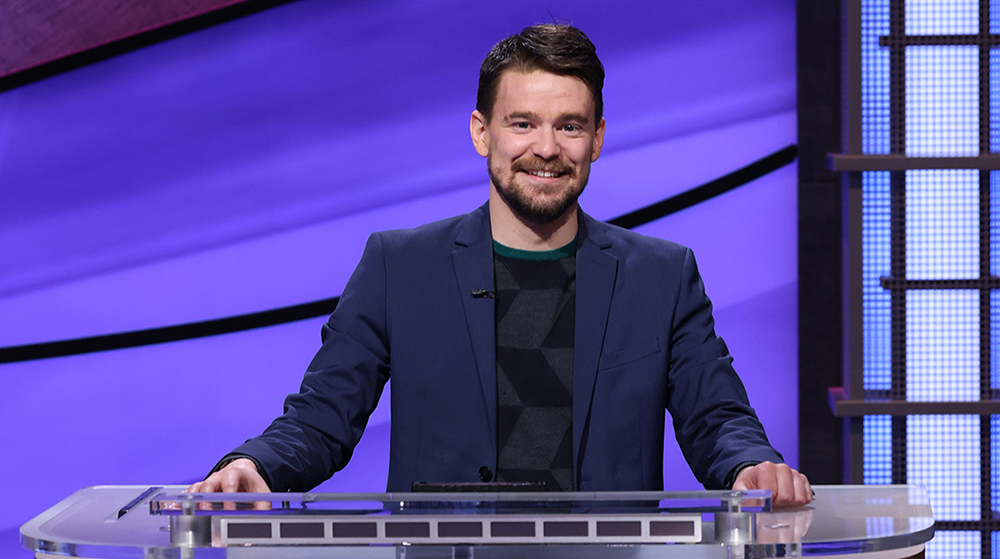 Jeopardy! will match Kavanaugh’s winnings and donate $250,000 to the Hope of the Valley Trebek Center for the Homeless, in honor of Alex Trebek.

“It’s so wonderful that JEOPARDY! is supporting Hope of the Valley’s – The Trebek Center in Northridge, CA,” Jean Trebek, the former host’s widow,  said of the donation. “The show’s generosity continues to reflect Alex’s desire to assist underrepresented communities.”

Following Tournament Of Champions, Jeopardy! will return Monday, May 31st with Call Me Kat star Mayim Bialik taking a turn behind the lectern. One of the many guest judges who have filled the host spot since Alex Trebek’s death in November, Bialik has chosen the National Alliance on Mental Illness to receive a donation equal to the winnings of each of the contestants.