REAL Housewives of New Jersey star Joe Giudice may not have seen his daughter since he was deported to Italy.

But his eldest daughter Gia showed her support for the reality television star on Sunday. 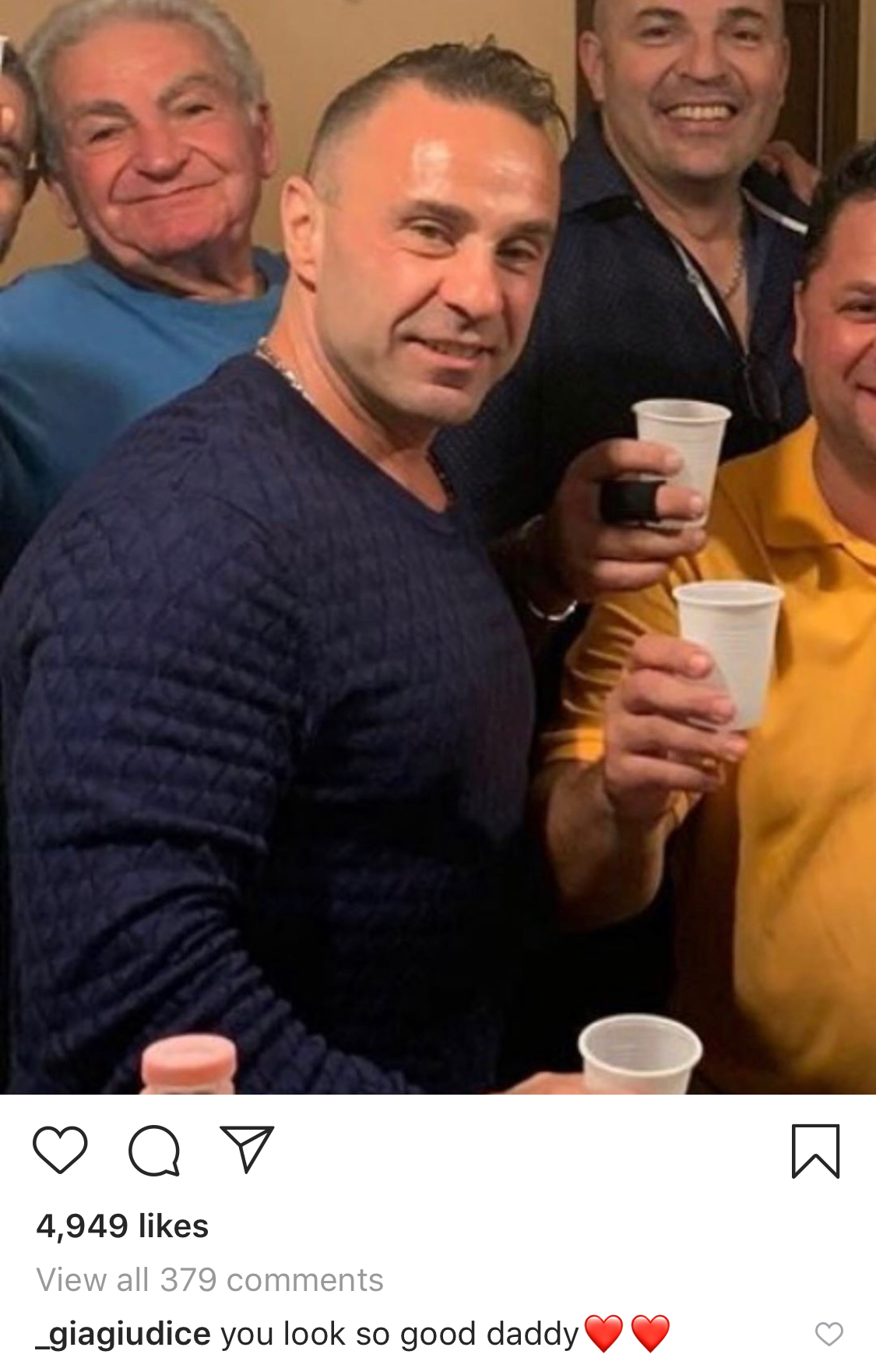 The 18-year-old daughter commented on a photo of Joe on Instagram, in which he appeared to have slimmed down.

She wrote: "you look so good daddy," and added a double heart emoji.

Joe has been adjusting to being flown to Italy after being released from custody of U.S. Immigration and Customs Enforcement (ICE) last month.

Joe had served a 41-month prison sentence for mail, wire and bankruptcy fraud charges between 2016-2019 and when he was released in March this year, he was made to sit in ICE custody and was deported to Italy earlier this month where he will to await the decision of his appeal against his departure. 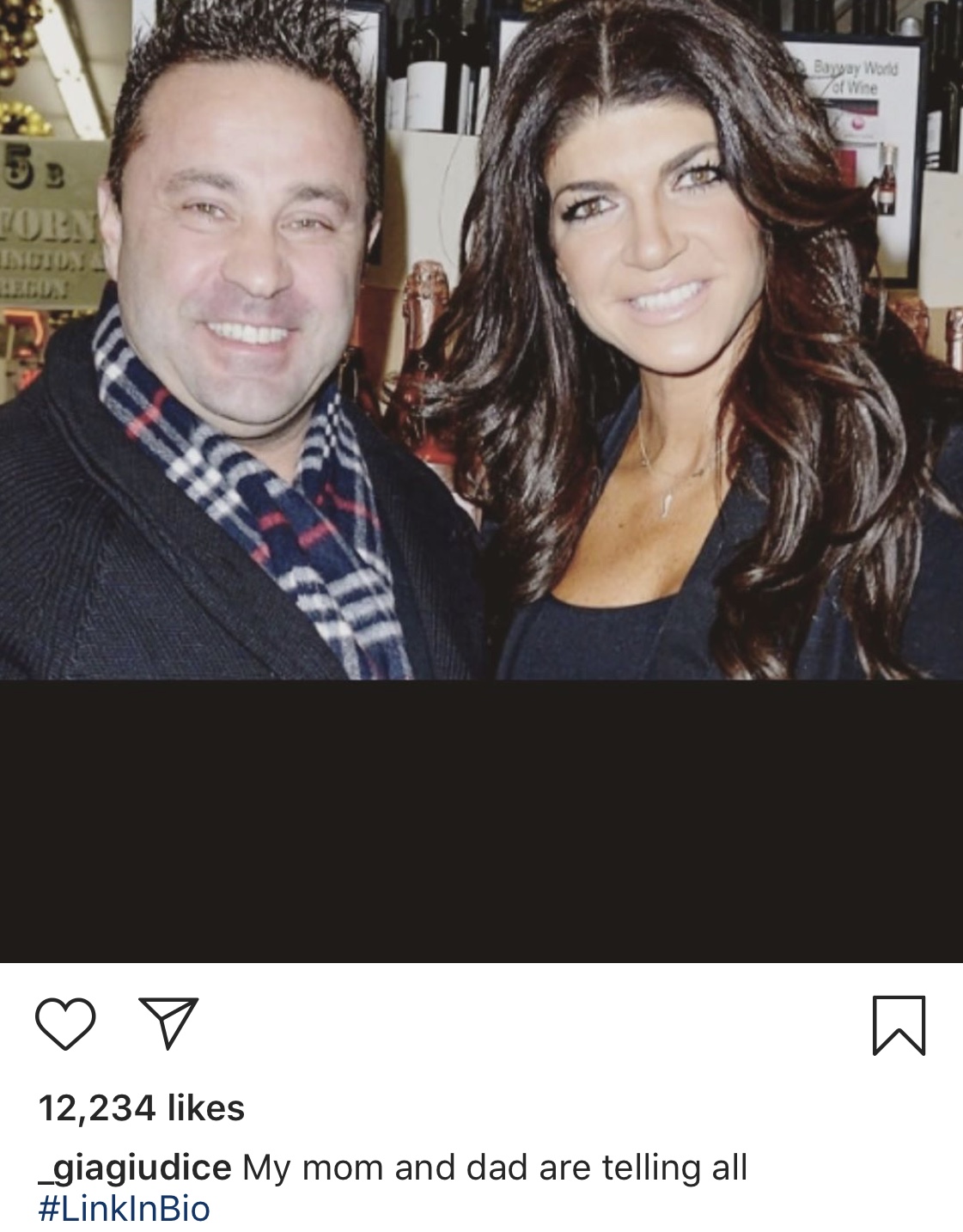 She is set to visit her husband, who shared pictures dining with her father, Giacinto Gorga, on Saturday night.

It was revealed on Watch What Happens Live that Teresa and their daughters would be traveling to Italy this week to see Joe, which will be documented by Bravo cameras for a RHONJ special.

A lot is riding on that reunion for Teresa and Joe. 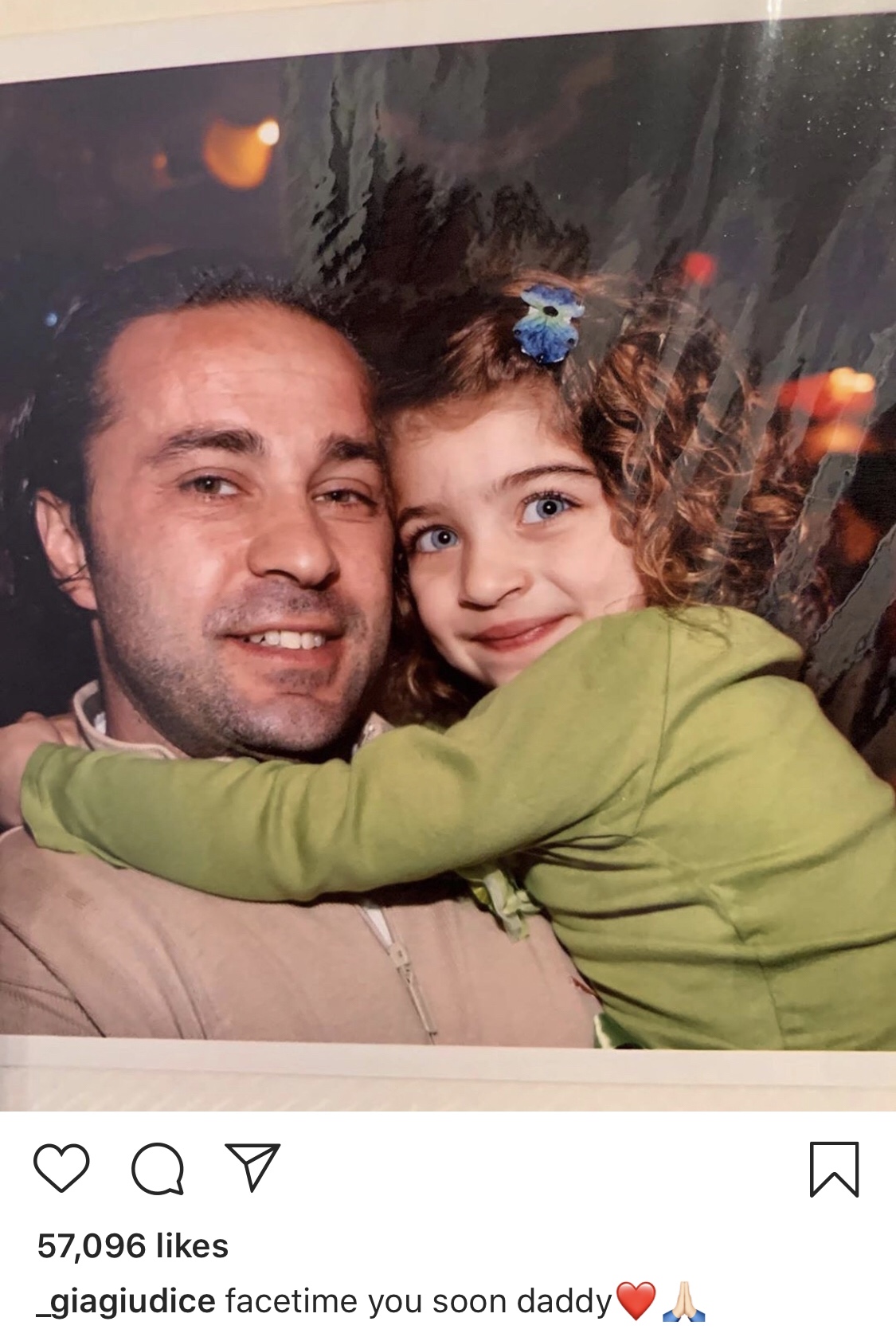 They both told Bravo host Andy Cohen that they’re at a crossroads with their marriage, and would not be making any decisions about splitting up, until they spent some time together in person.

“I’m waiting until I get there to see if I feel differently,” Teresa said.

“I just feel like when you live apart.…He says the same thing, when he sees me, he may not want this either. We’ll know when we see each other.” 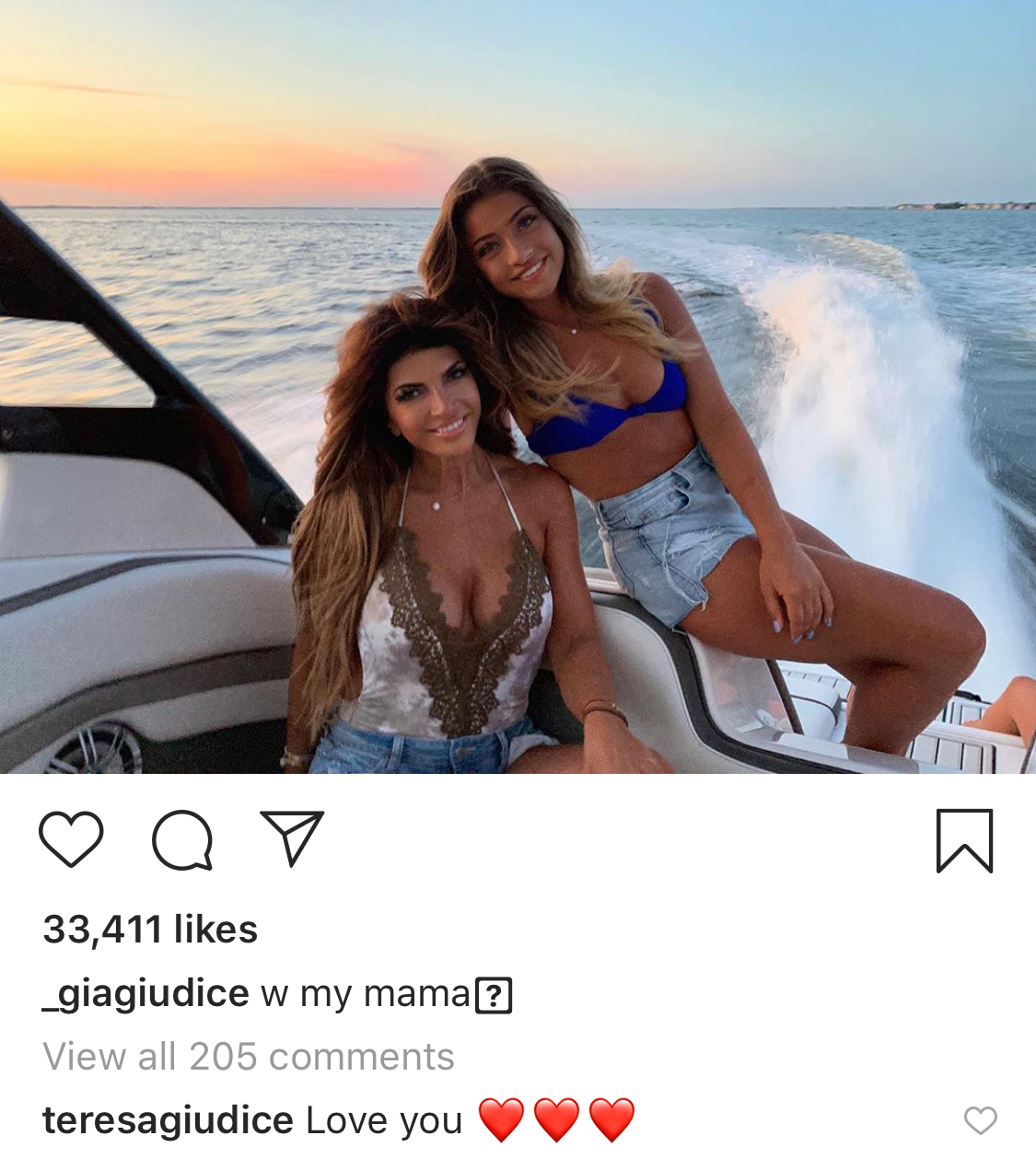 Both Teresa and Joe maintained that they still love each other.

“Of course, she’s my wife. I’ve been with her a long time. No matter what happens, I’ll always love her,” Joe said.

However, she reiterated that she would have no choice but to divorce Joe if his deportation ruling is maintained.

“I want to wake up with someone every single day,” she said. 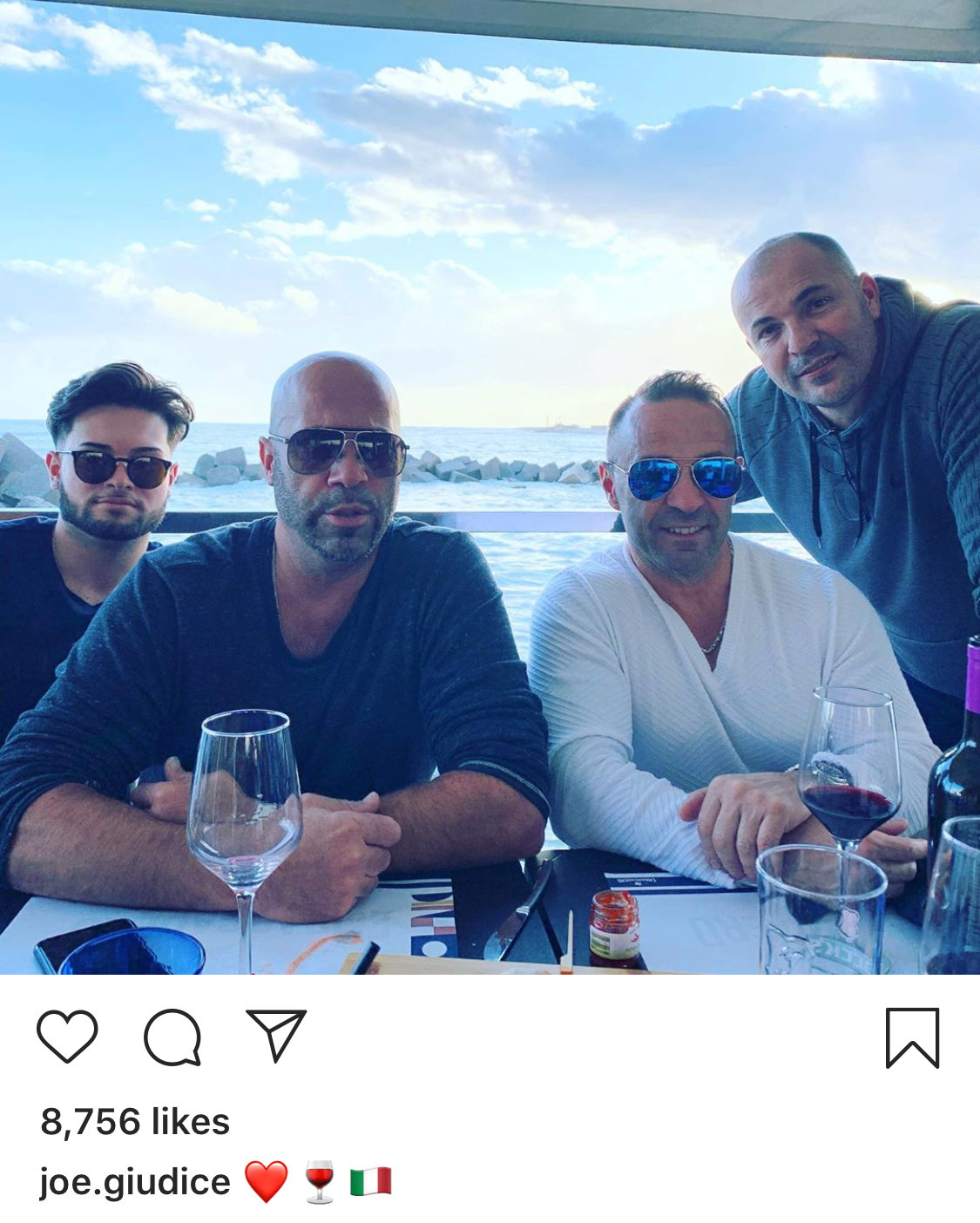 The fitness fanatic explained that her kids understood her stance, saying: “I think they get it. I don’t think they want to see it happen, obviously, but I think they understand.

"Because the way I explained it to them, how are we going to live apart? I don’t think he would be faithful. I think he would have someone there and have me here. I just don’t want to live that life.”

“It’s a conversation, we’ll see. … As long as she’s happy, that’s all that really matters. I’m not going to tell her what to do. If she doesn’t feel like she wants to be with me anymore, then that’s the thing to do," he added.