KATIE Price showed off her talent today in a very figure-hugging top as she continues her working holiday in Majorca.

The former glamour model put on a mangled performance of new single, Hurricane, as she attempts to relaunch her music career. 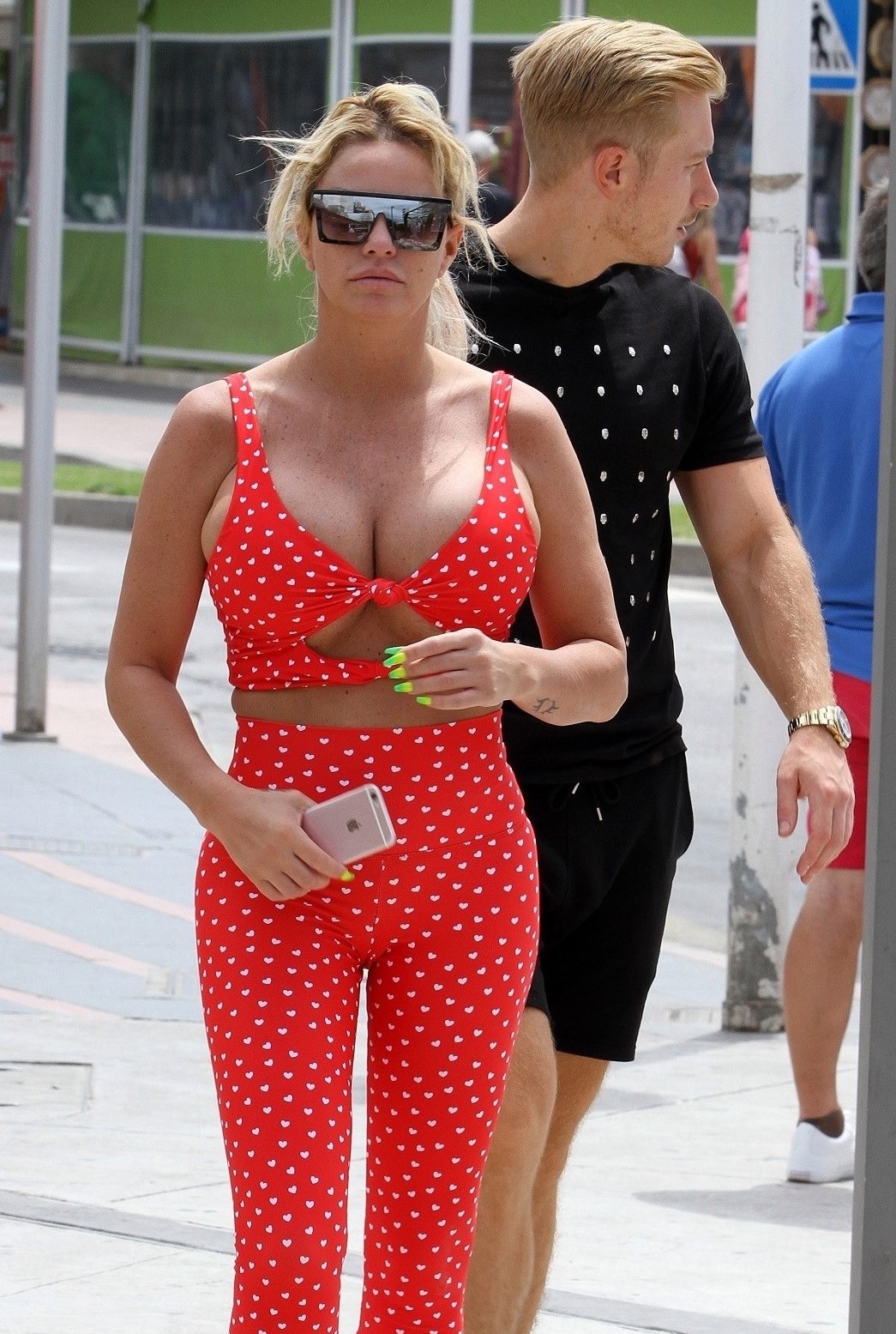 Sporting a deep tan, the mum-of-five wore her long hair up in a ponytail as she went for a stroll with her toyboy lover, Kris Boyson.

Showing off her newly nipped and tucked body, the 41-year-old looked glum as she went for a walk, regularly checking her phone from behind her dark sunglasses.

Wearing an eye-catching red co-ord with tiny white hearts all over it, the reality star looked slim and toned for the outing.

The couple were earlier seen pulling suitcases as it looks like their mini-break has come to an end. 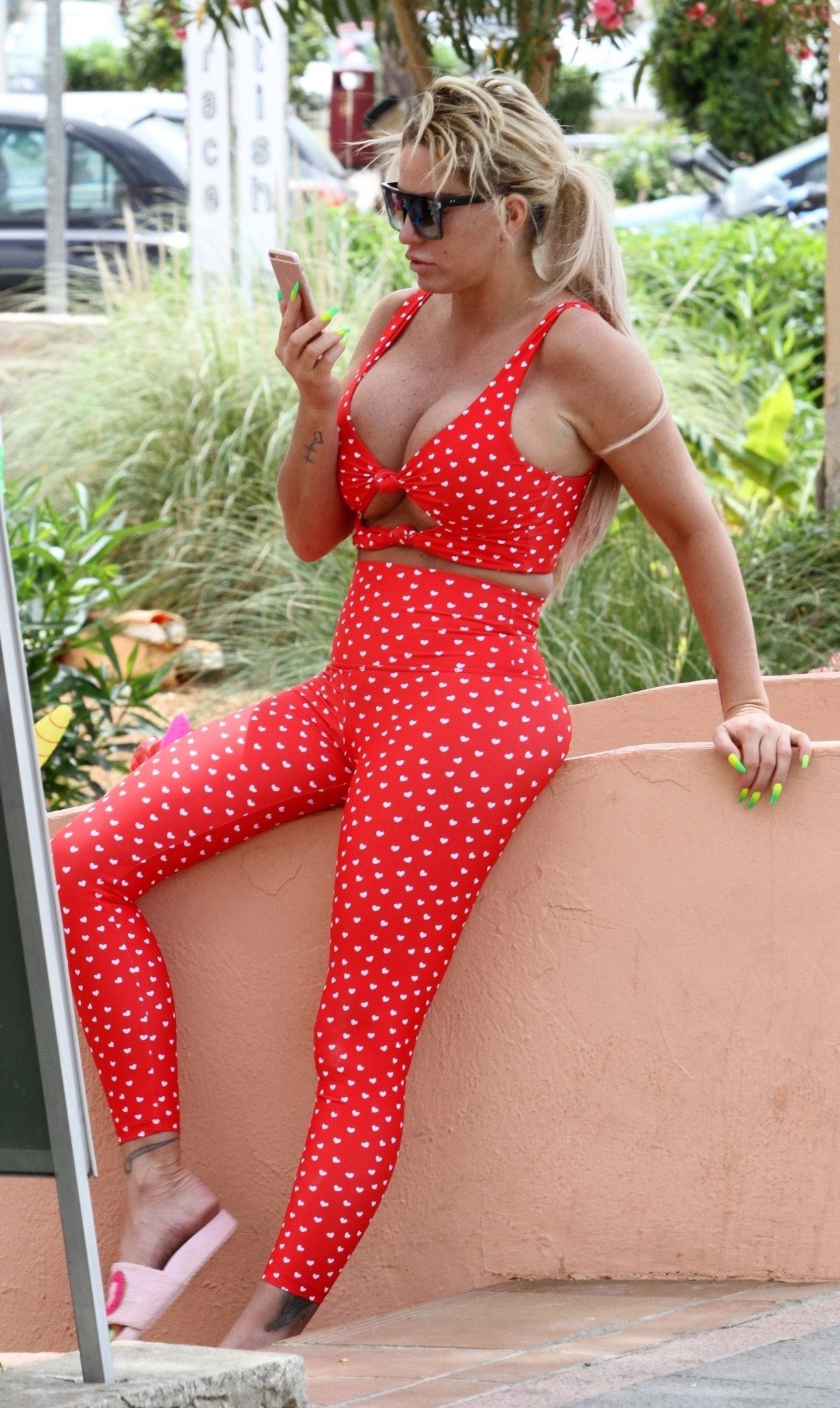 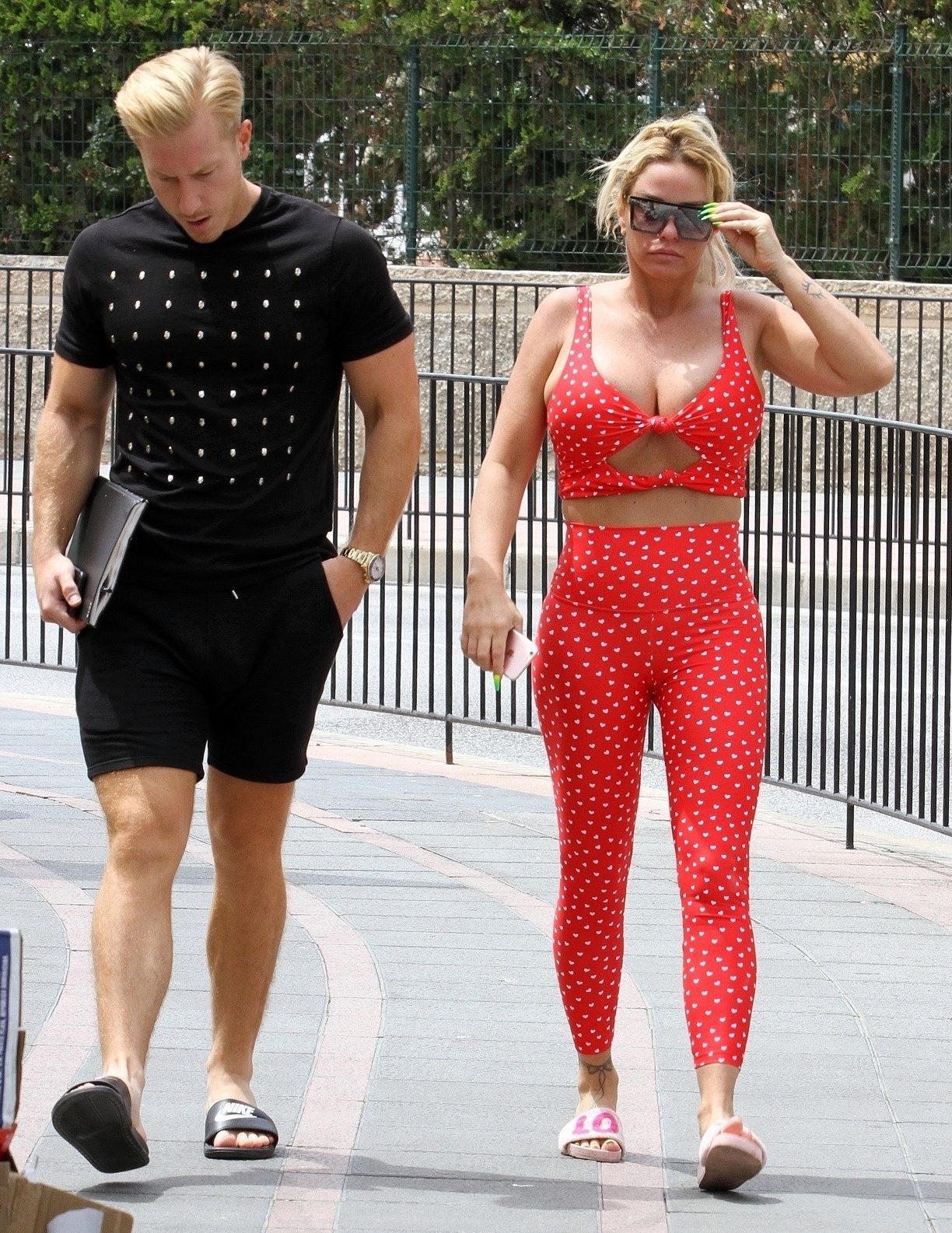 This weekend she was accused of "mum-dancing" and miming to her new track in front of party goers at the Island Beach Club.

After huskily belting out her song, the 41-year-old told crowds: "Looking around I'm clearly old enough to be your mother.

"Hands up if you're single? Hands in the air." 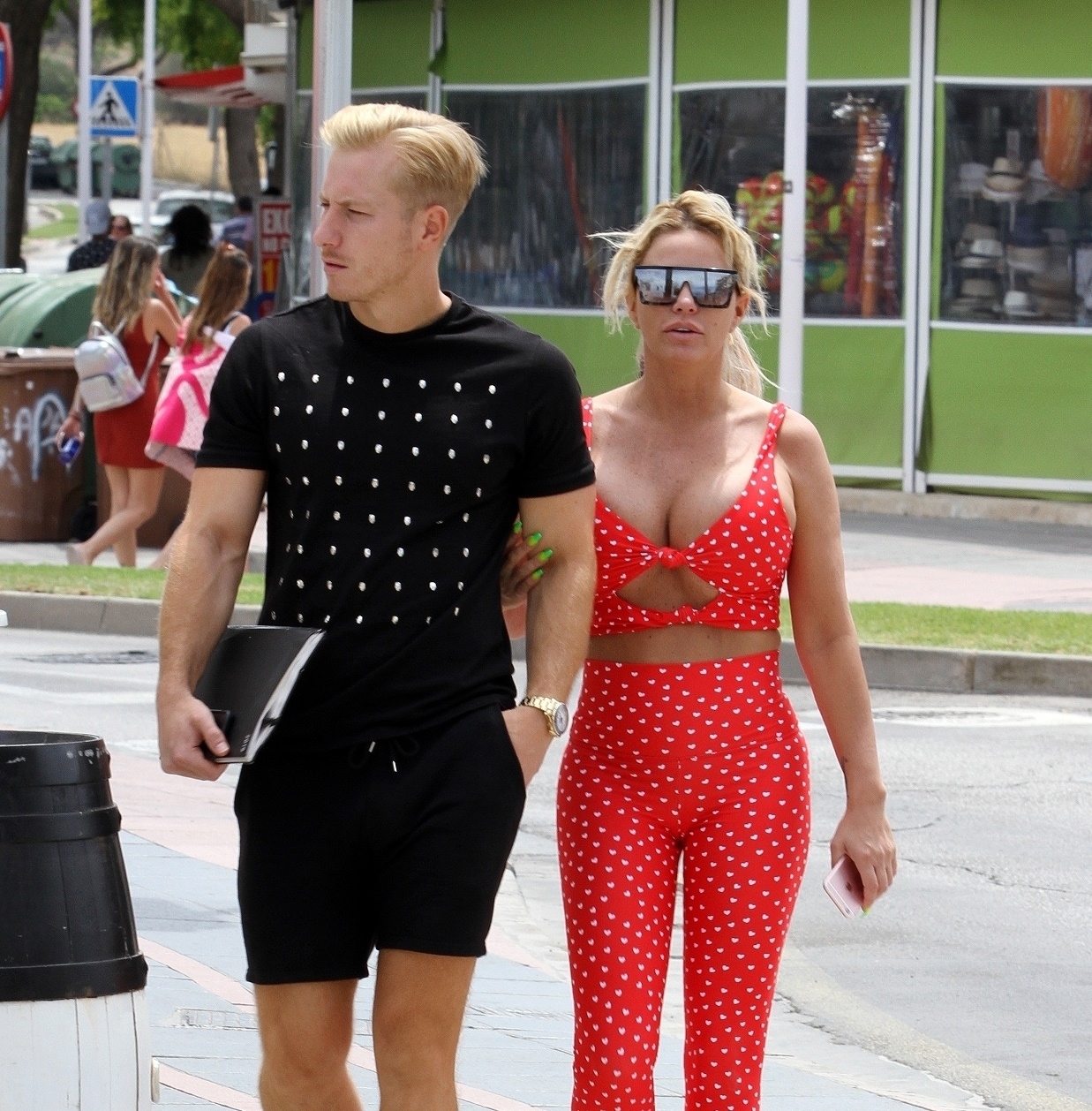 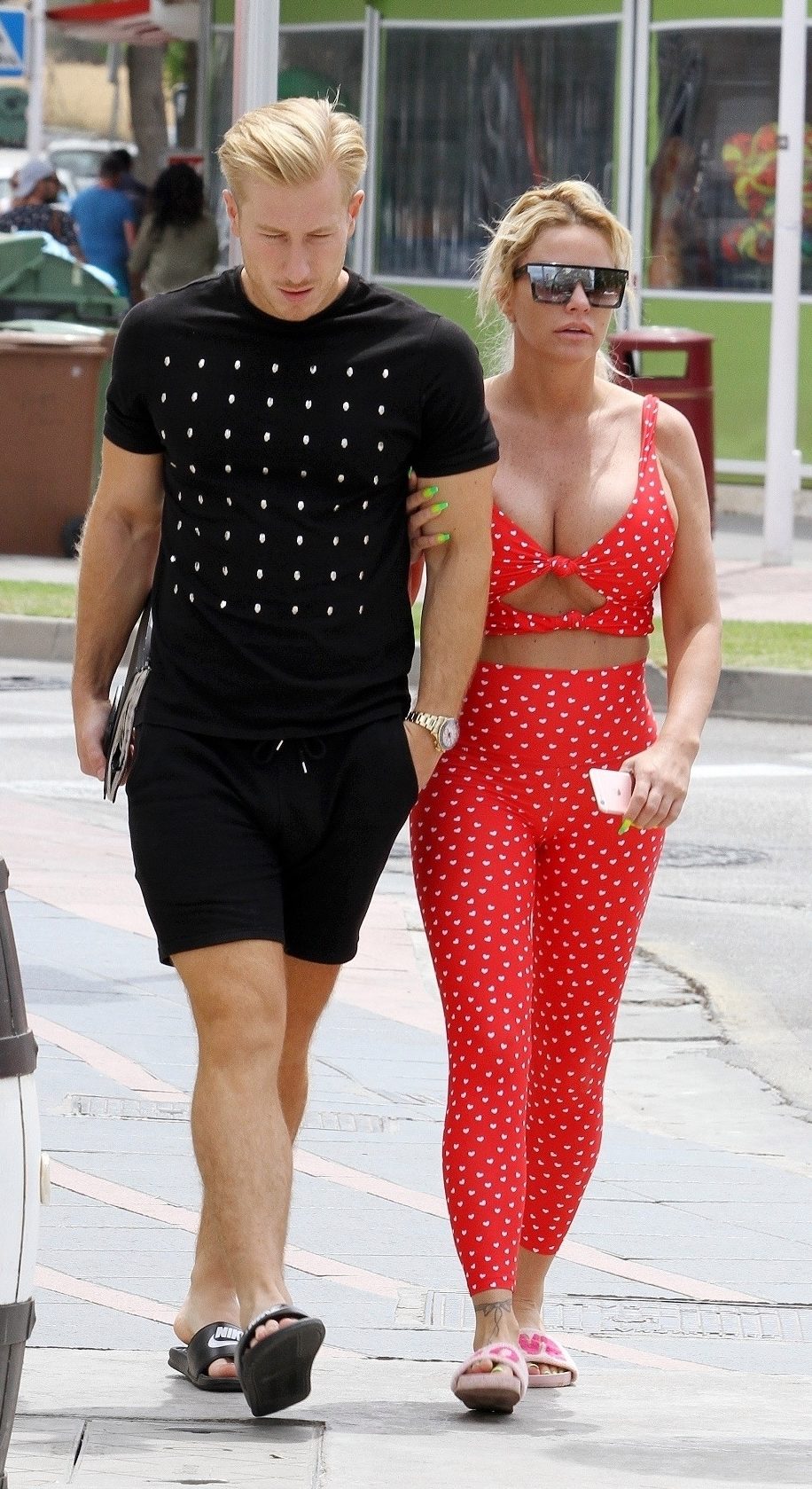 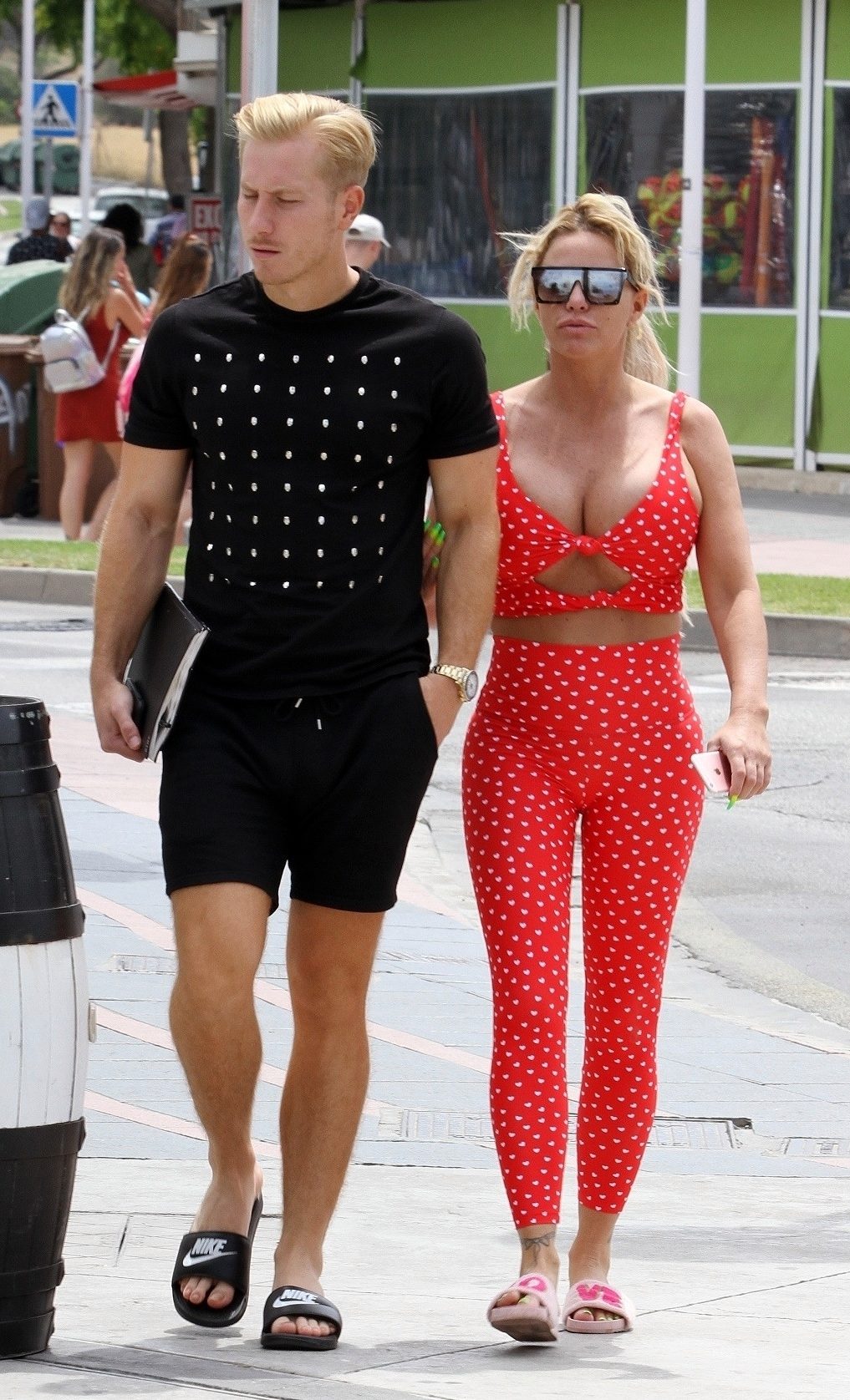 Katie has spent years trying to be top of the pops, with disastrous results.

In 2005 she attempted to represent the UK in the Eurovision song contest — while wearing a pink PVC catsuit and heavily pregnant.

In 2009 a non-auto-tuned version of her vocals in her duet with Peter were leaked.

Her wailing to A Whole New World went viral, with commentators comparing it to “fighting cats”. 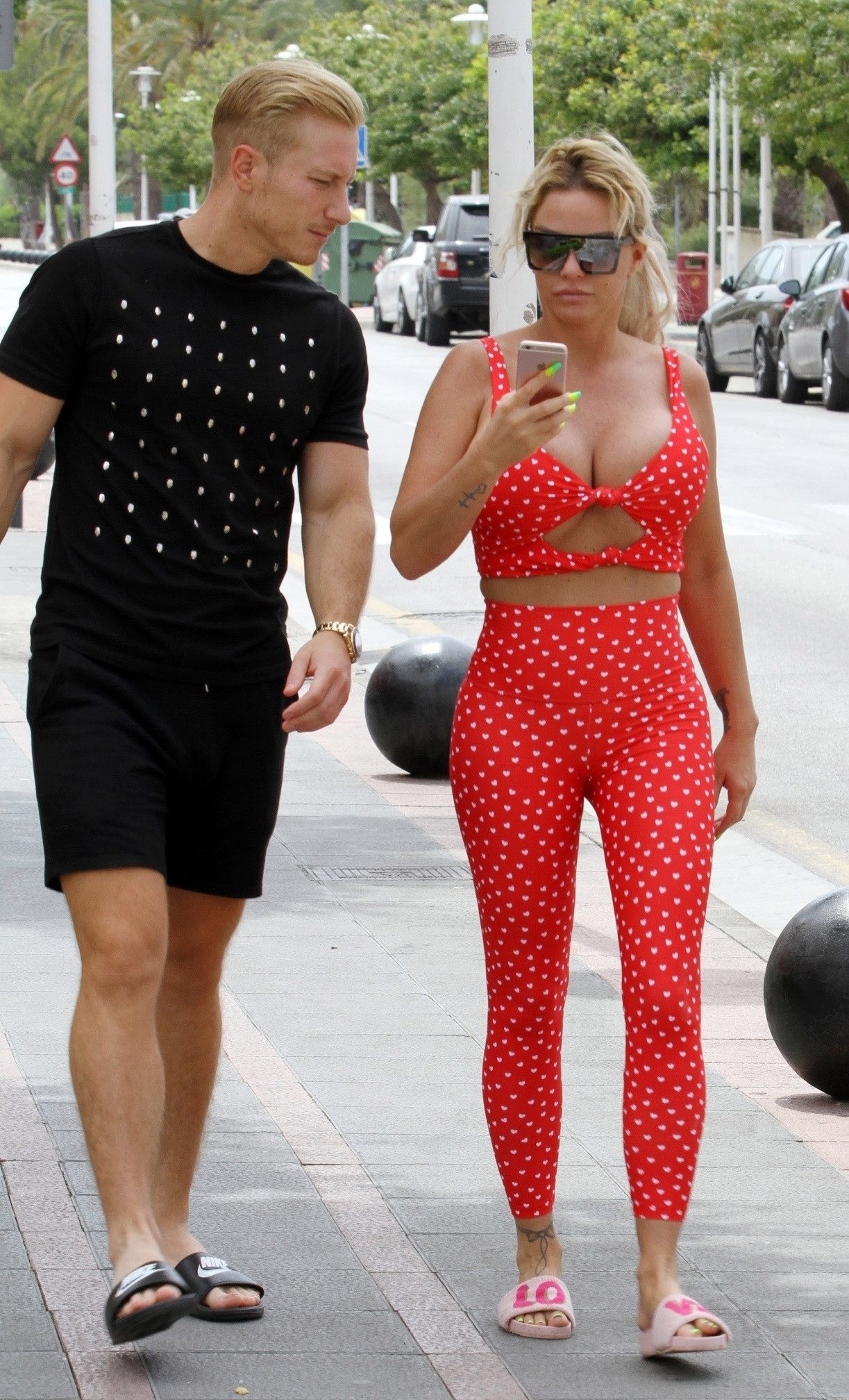 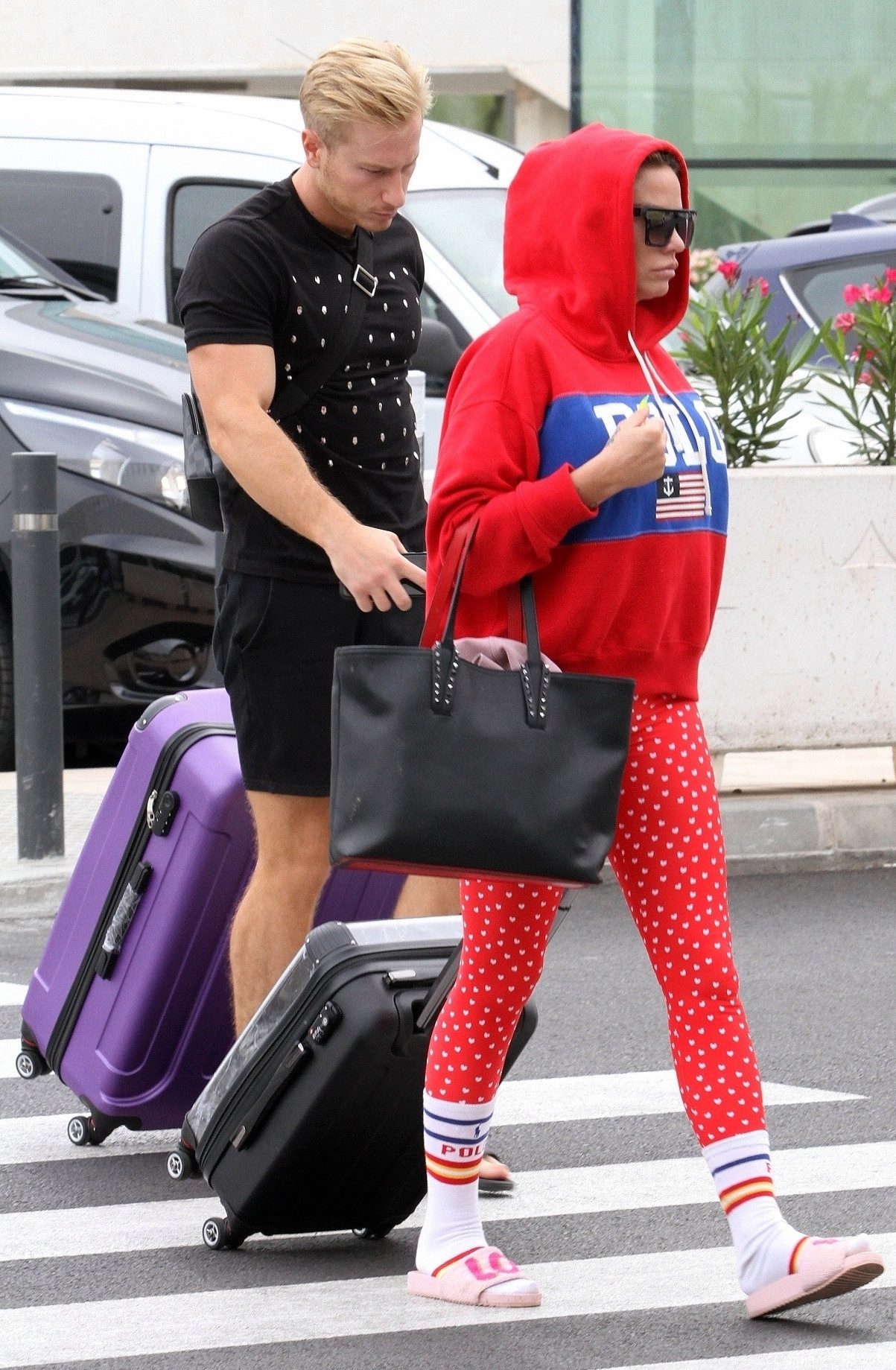 Katie then released a single in 2010 called Free to Love Again, which limped in at No.60 in the charts.

And two years ago she sang new song I Got U live on Loose Women, only to be mocked again.

Despite her string of failed musical attempts, Katie is determined to make a success of it this time.

An insider told The Sun Online: “Katie has wanted to get back into the studio for a while and she's finally ready to relaunch her music career.

“She’s loved being back in the studio and has already started recording new songs  – it could lead to a new album!”