KATIE Price showed off her brand new look as she attended a wedding event in Essex yesterday.

The 43-year-old jetted to Turkey last month where she underwent full body liposuction, eye and lip lifts, liposuction under her chin, and fat injected into her bum. 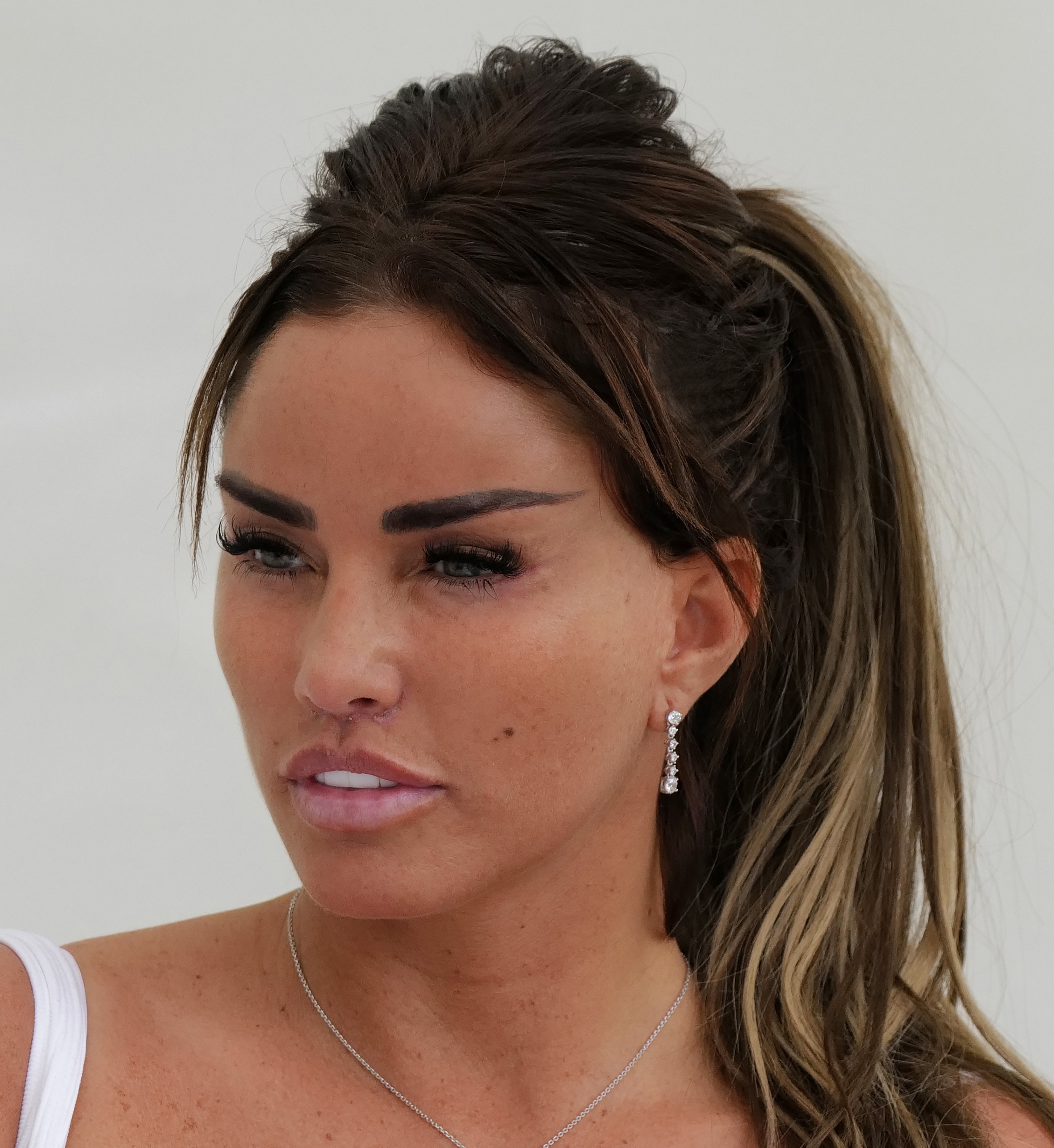 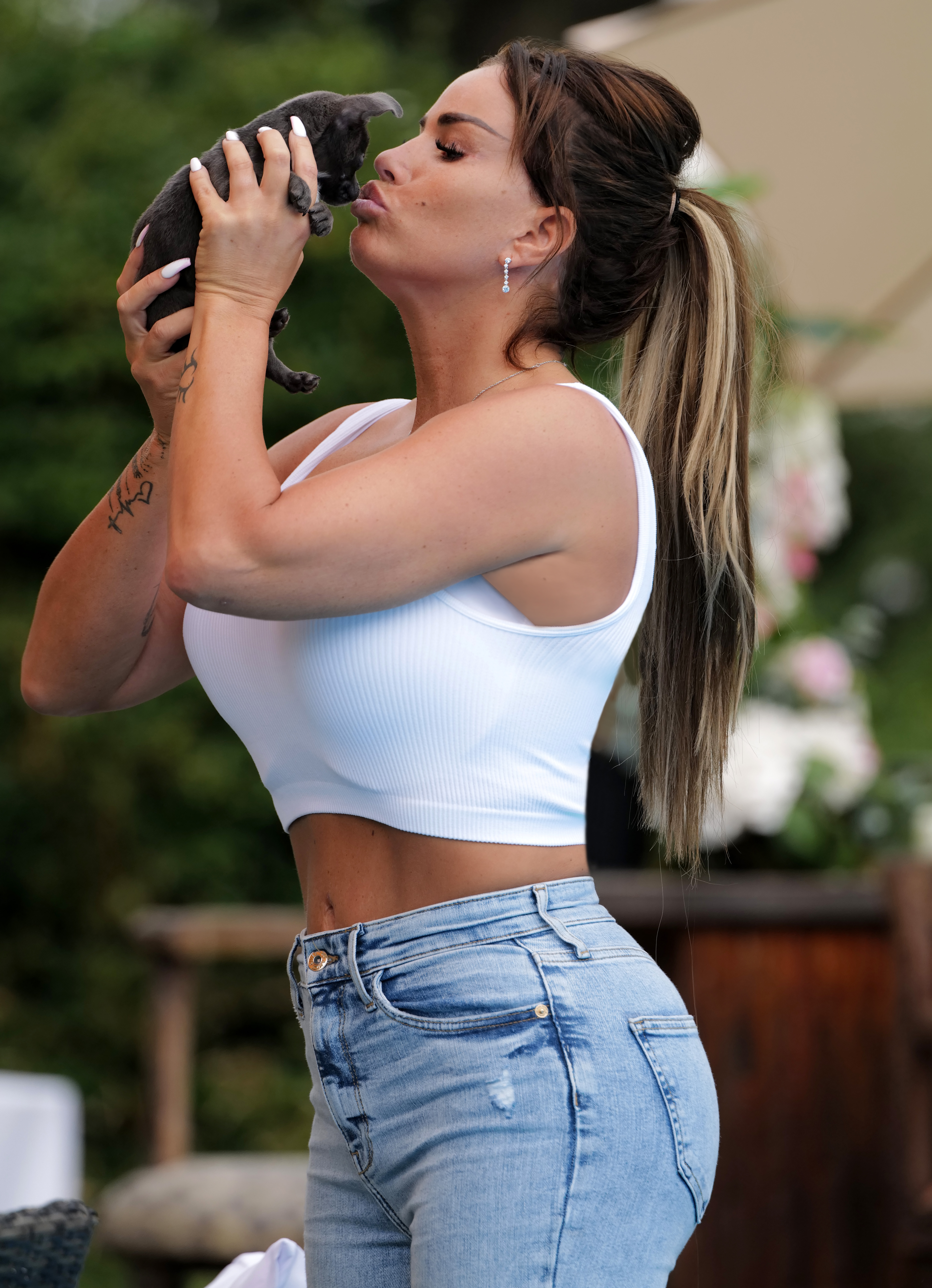 And after a few weeks of recovery, the mum-of-five was keen to flaunt her new figure and face on a day out.

Wearing a cropped white top and jeans, Katie looked incredible as she revealed her newly toned tum and pert bum.

Katie initially feared she looked “like a monster”, but is now pleased with her new look.

She told followers last week: "I am so happy with my fox eyes.

"@comforzone_drkerim is such a good surgeon and you can see it's not drastic but I look more fresh and I love it."

The former glamour model brands herself a “surgery veteran” after three facelifts, and liposuction as many times.

She’s lost count of her boob jobs — thinking it’s around 12, and says Botox no longer works for her as she has had it so much since 30.

However, she insists she isn’t addicted to getting work done and instead compares her recent work to like getting an ‘MOT’.

"If you get a scratch on your car, you fix it," she defended her choice. "I'm not trying to look younger, and I definitely don't want that alien look.

"I could go over the top, but I don't want to look like a freak.

"I'm not addicted, but it's out there and if I feel like I need to freshen it I would.

"If people want to say I've got body dysmorphia, just say it – even my mum says it, 'You need to see somebody! You're not normal in the head, are you?'' 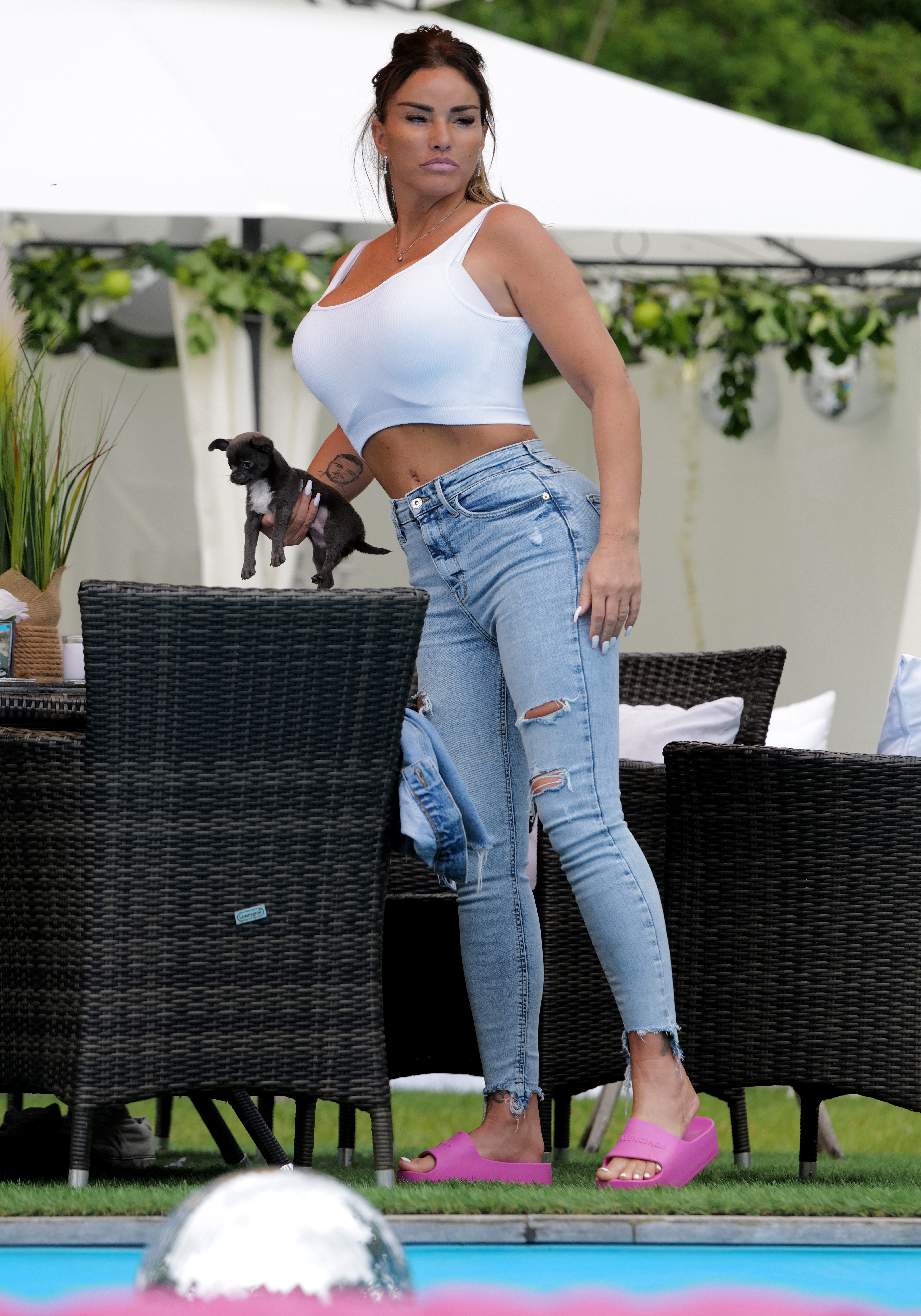 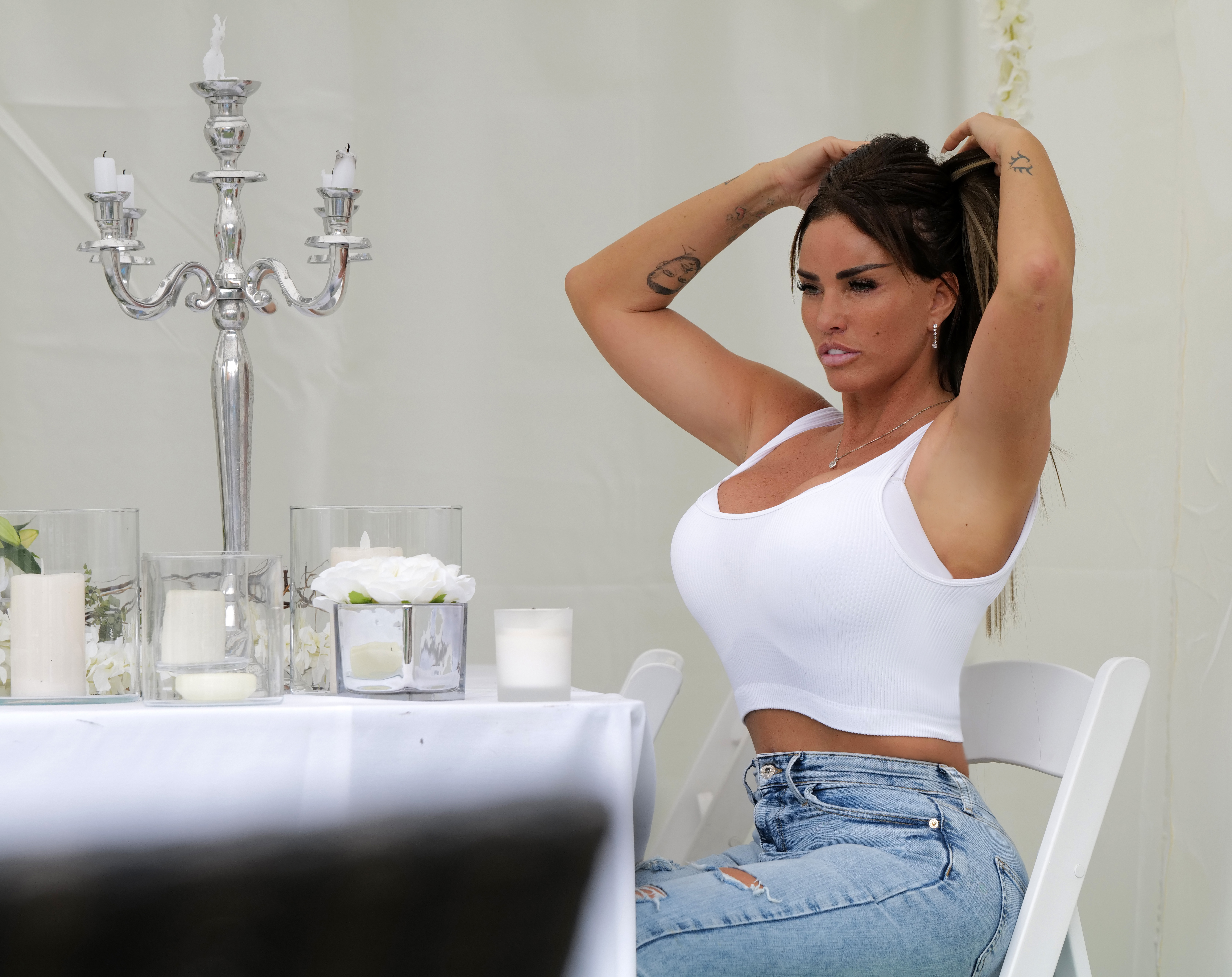 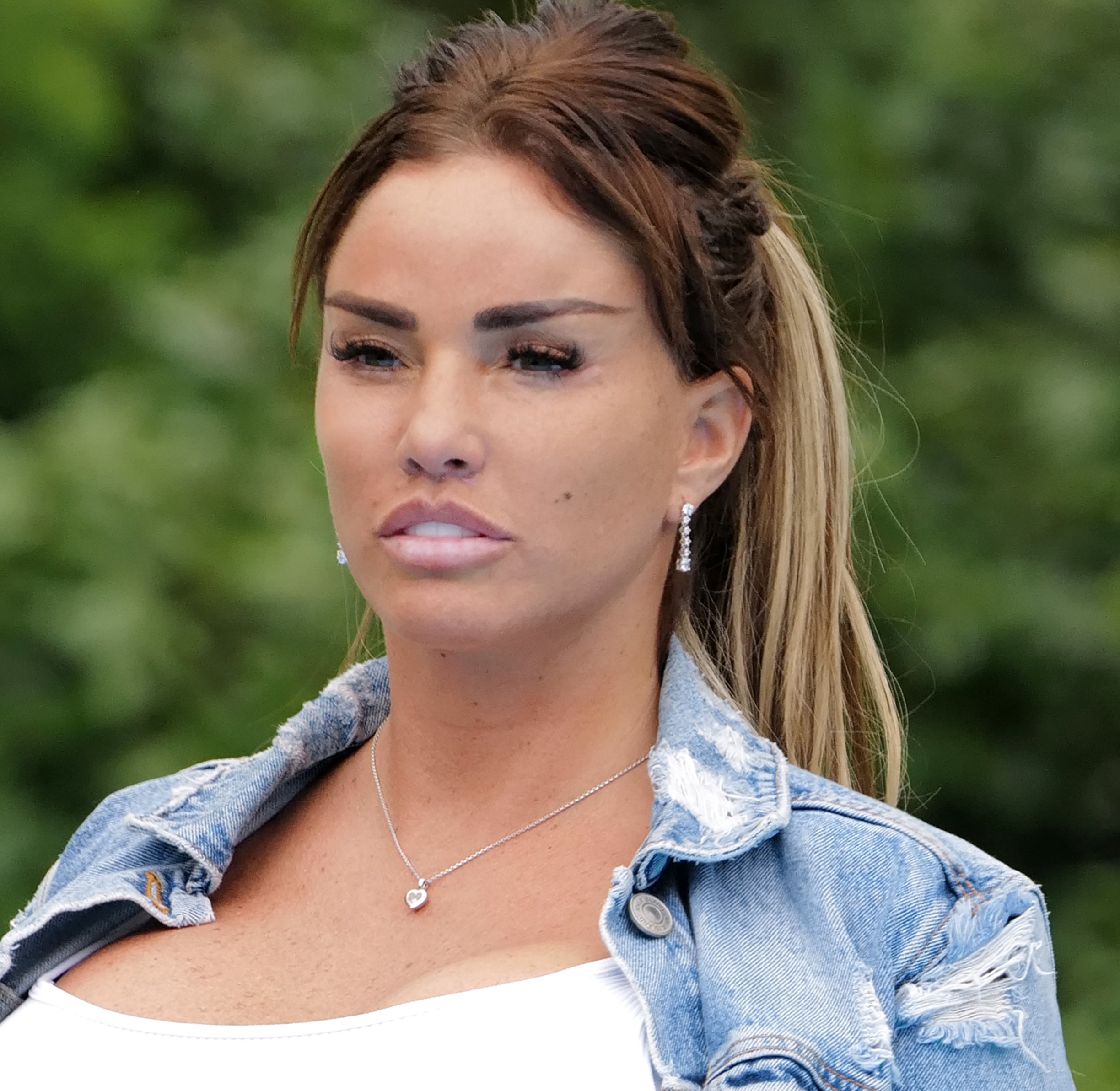