The mum-of-five popped in to the private studio of Tattoo Fixers' star, Jay Hutton to get a half-sleeve tattoo on her left forearm earlier this week. 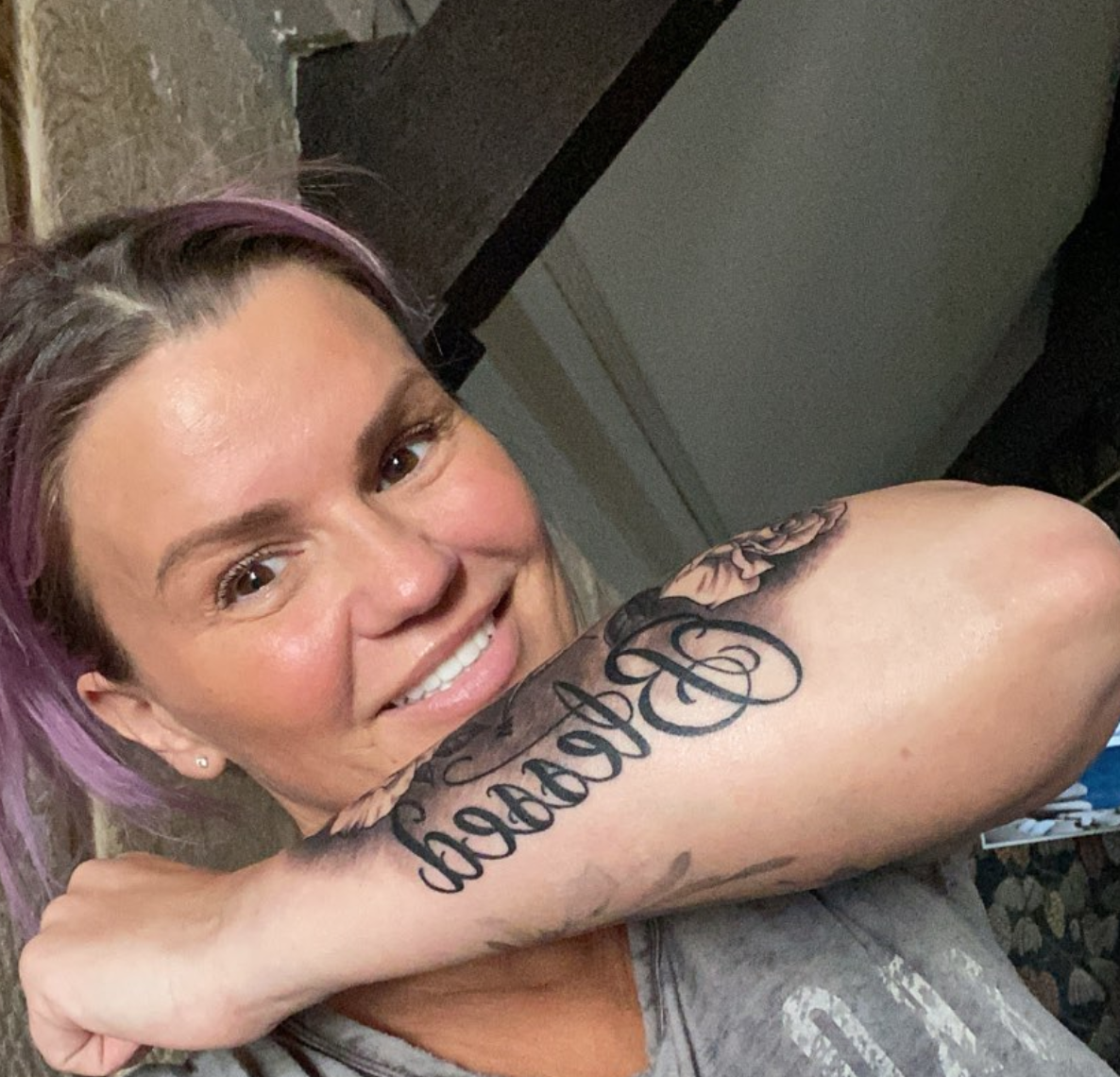 Taking to Instagram today, the TV star penned: "Feeling extremely blessed today just checked in to @dixiedeanhotel with the kids for the day and night and loving my new tattoo from @jayhuttontat2 💜💜💜"

Fans were impressed with her new inking, with one writing: "Great piece of artwork kerry god bless ya 🙏🏼amazing work 💉💯"

Kerry visited Jay at his Adrenaline Tattoo studio in Ellesmere Port, Cheshire, to add to the tattoo tribute to her late aunt, Angela.

Jay shared a series of photos of Kerry getting her tatt, including her wincing in pain.

One photo showed Kerry looking up at the camera and cheekily poking her tongue out.

Kerry was getting the word Blessed inked on her arm right near the tattoo of her late Aunty.

The famous duo also posed for a photo together where they both smiled happily and Kerry had her arm wrapped in cling film after the inking session.

"Started a half sleeve today on @kerrykatona7," Jay captioned the post.

"She sat a lot better than the pictures show to be fair. 😂

"The day was filmed and will be on her YouTube channel soon so head over and subscribe 🤙🏻. Peace ✌🏻."

In May, Kerry revealed a new tattoo of an angel – inked as a touching and permanent tribute to her late aunt who died of alcoholism.

The former I’m A Celebrity star's aunt Angela, who the singer described as "like a sister", died in March, leaving behind three children and a brokenhearted family.

Posting a video, she explained: "In aid of our Angela, I want to get an angel on my arms."

"I'm going to cry when this is done," an emotional Kerry admitted at the time.

The former Atomic Singer has many other tattoos on her body – some done by Jay himself – including her daughter's names on her wrist, writing on her neck, a rose on her shoulder and more on her back.

Welsh-hunk Jay, first appeared on Tattoo Fixers in 2015, the show which helps unlucky punters cover up their dodgy inkings.

He quit the show in 2018 to focus on his family and running his own studio.

Jay's been in the press before – most notably when his brother Danny's tattoo of Mike Tyson, which Jay inked, received attention from the boxer himself.

The pair later met at a sports dinner, where Tyson saw the tattoo in the flesh.

He tattooed Katie Price's face as a "Guardian Angel" on her now ex-husband Kieran Hayler's leg while they were still married. 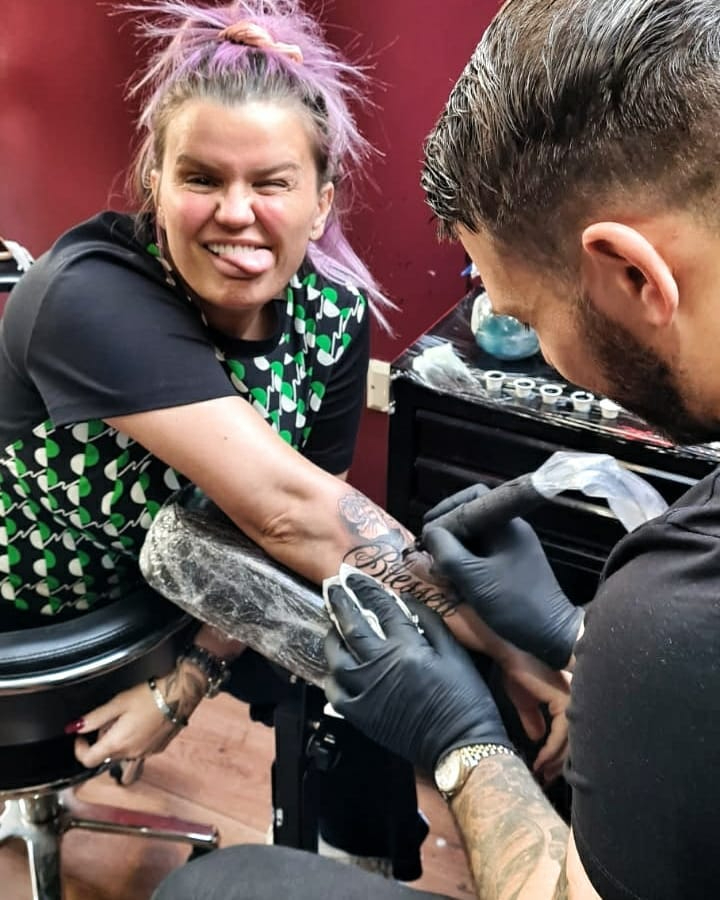 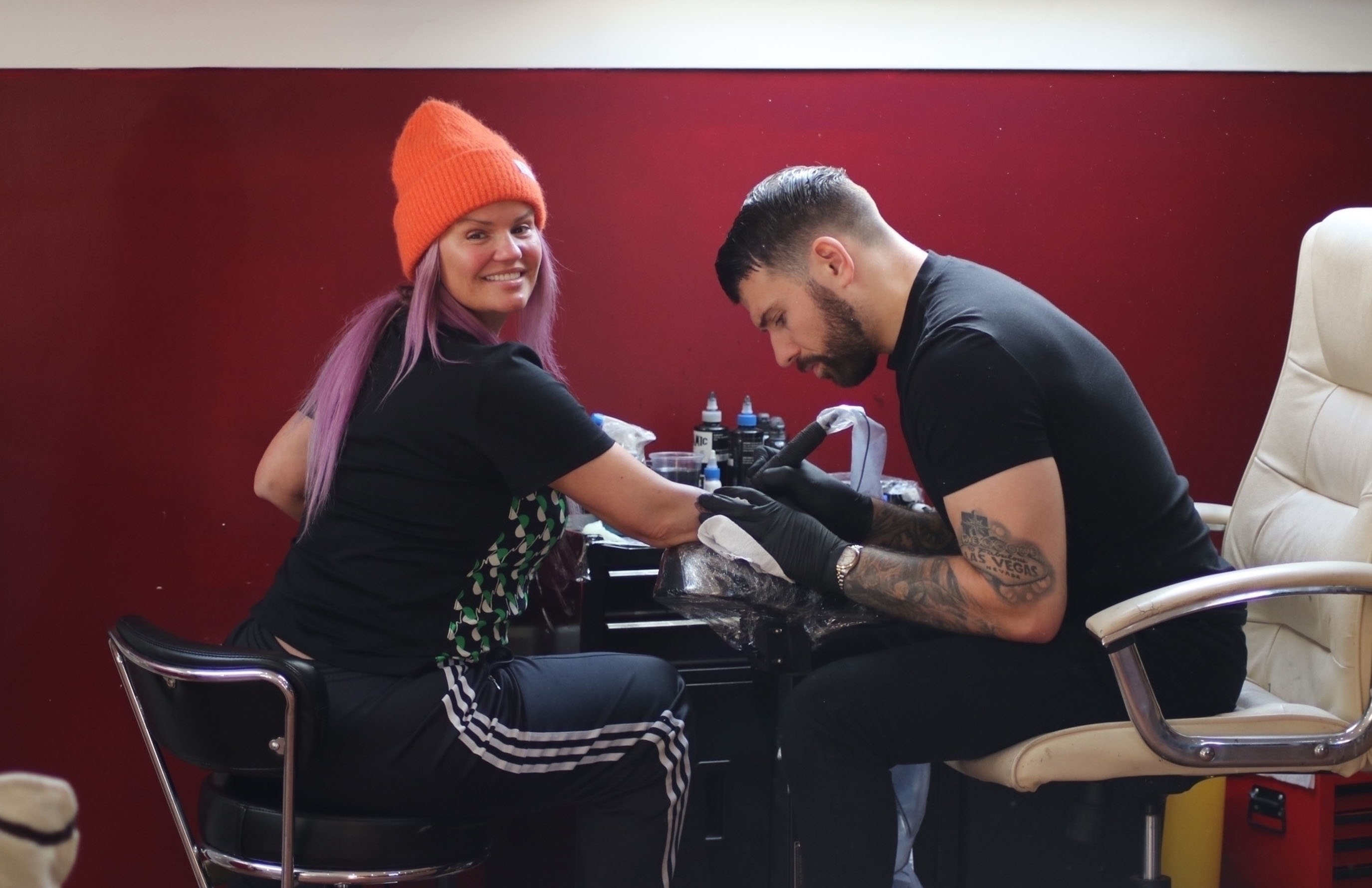 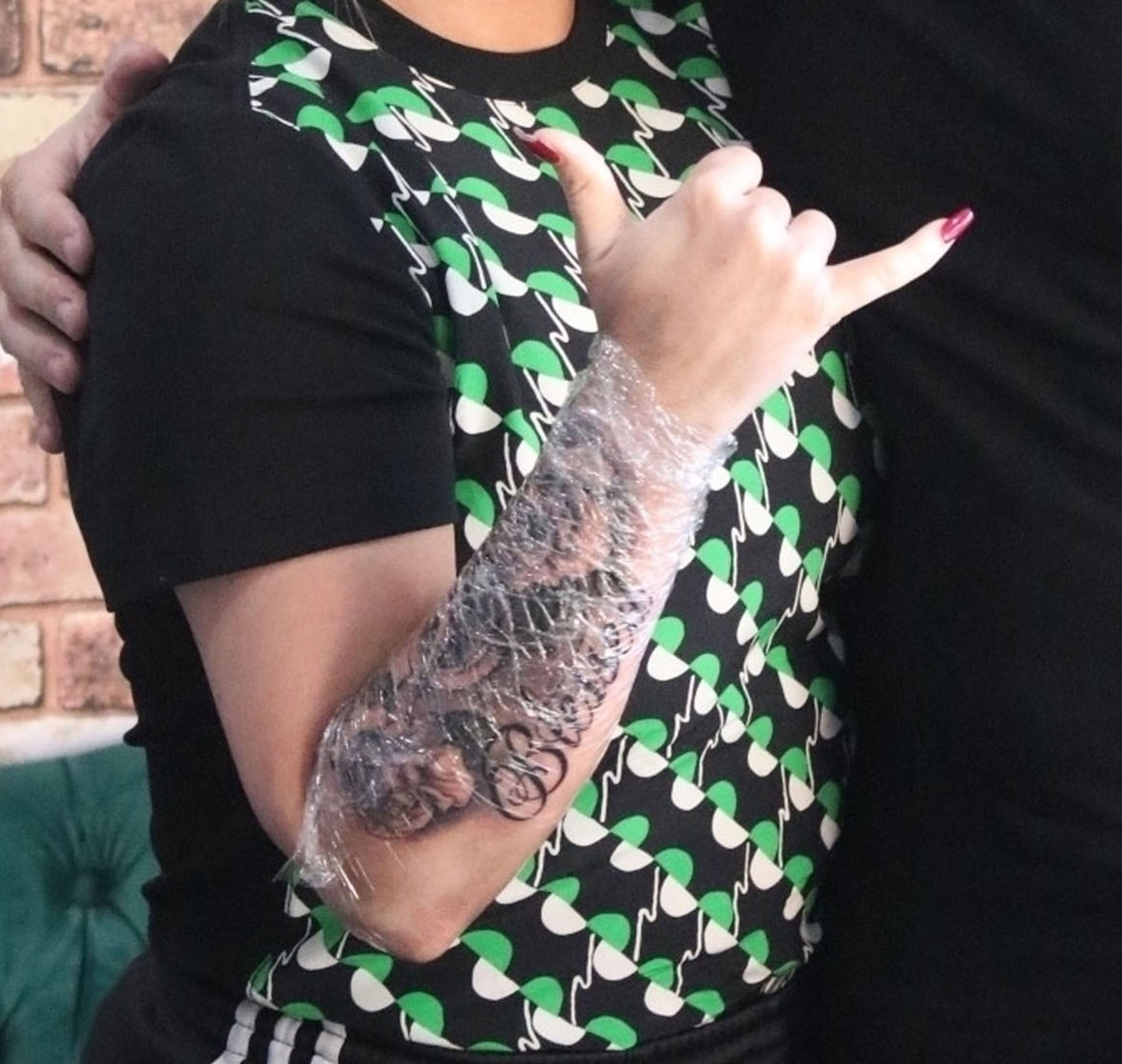