A review of the Killing Eve Season Two finale, “You’re Mine,” coming up just as soon as I pick out a flattering funeral photo for you…

“You’re Mine” begins as something of a funhouse mirror of this season’s second episode, “Nice and Neat.” Villanelle again finds herself in the home of a man who wants to control what she wears and where she goes, only one who’s dangerous on a far vaster scale than creepy Julian was. And it ends as a reversal of the Season One finale. Last year, the season closed with Eve stabbing Villanelle, where this one concludes with Villanelle shooting Eve.

Between those echoes of the past and the way our two leads spend much of the hour going back and forth between Eve’s hotel and Aaron Peel‘s Roman mansion, it’s hard to escape the feeling that this is a show going in circles. Emerald Fennell will hand things off to Suzanne Heathcote, who will have to clean up this mess in the same way Fennell had to untangle the one Phoebe Waller-Bridge left her. And Heathcote will have to work even harder to justify the show’s continued narrative existence. 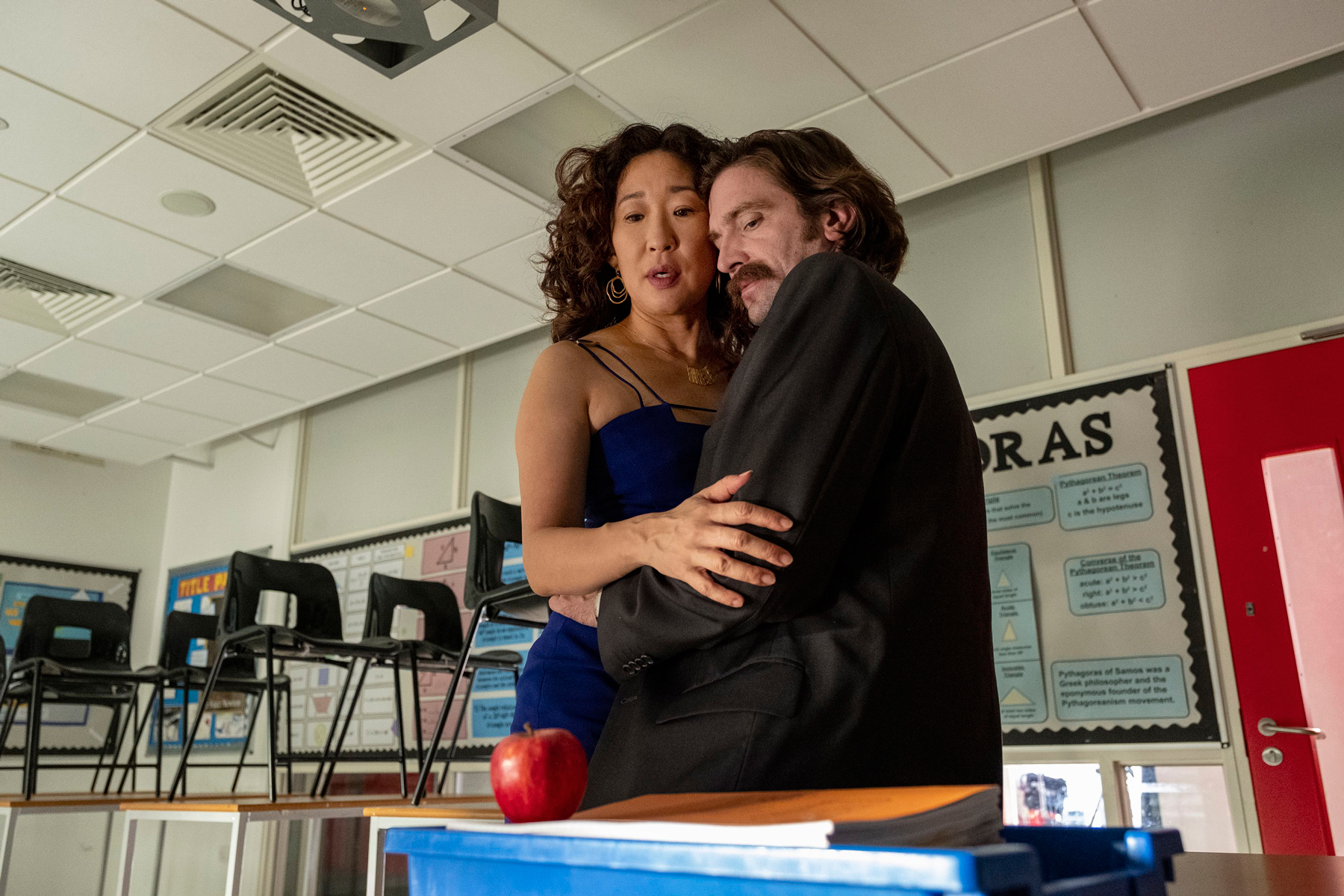 'Killing Eve' Recap: A Cut Above

It’s not that “You’re Mine” is a bad episode. It resolves the Peel case when Villanelle slashes his throat after discovering he’s a serial killer of women. And it retroactively explains this silly operation by revealing that Carolyn wanted Peel dead, but needed an outside actor like Villanelle to do it. There are some strong dramatic moments, particularly when Villanelle goads Eve into murdering Raymond with an axe — not because her life needs saving (she has a gun in her waistband if necessary), but to bond Eve to her with a shared history of killing. The utterly thrilled look on Villanelle’s face as a sobbing Eve buries the axe in Raymond is the season’s strongest, most unsettling image by a long stretch.

But this season as a whole never made a strong enough argument for Killing Eve to be more than a one-and-done show. Oh and Comer are excellent. Individual moments (like Villanelle’s visit to Eve and Niko’s house in “Smell Ya Later”) can still be great, and the show is almost always watchable. But that spark from Season One never fully reignited. As happens too often with high-concept shows (including BBC America’s previous hit, Orphan Black), creative teams have to expend too much effort to keep the story moving past the point where multiple characters would be either dead, in prison or far away from this nonsense. And this particular show’s plan to change showrunners each year only makes that harder.

In its first season, Killing Eve seemed effortless. This year, the sweat was palpable, and the cliffhanger seems designed to make it worse for Heathcote. The Season One finale at least didn’t bother pretending that Villanelle was dead, where “You’re Mine” closes with Eve lying motionless in that gorgeous Roman ruin. There’s no blood spilling artfully from her body, which could mean she was wearing her bulletproof vest again. (But not struggling with it in the way she did so much earlier in the season.) But she’s clearly not going to die: Oh and Comer are the whole show, so taking the title literally renders the endeavor pointless. Now that each woman has literally wounded the other, we can go through several additional rounds of their emotional affair — maybe Season Three is about Eve missing Villanelle for some strange emotional reason? — with minor variations in terms of who wants whom, how much, what Eve’s professional status is (is she now a fugitive for killing Raymond?), etc.

I came into this season skeptical about the need for the show to continue, but hopeful because Season One had been that great, and because Oh and Comer were returning —  albeit without Waller-Bridge. (She instead went back to Fleabag for another seemingly unnecessary second season — but one that turned out to be amazing.) The new episodes were entertaining in spots, but never fully convinced me. And by the time Villanelle’s gun fired in the ruins, I just felt tired.

I imagine I’ll watch the third season, possibly as my new laundry-folder. But like Eve looking at Villanelle anew when she realizes Villanelle could have killed Raymond and spared her that ordeal, the magic in this relationship seems gone.