KOURTNEY Kardashian almost slipped out of her tiny bikini in a new photo. 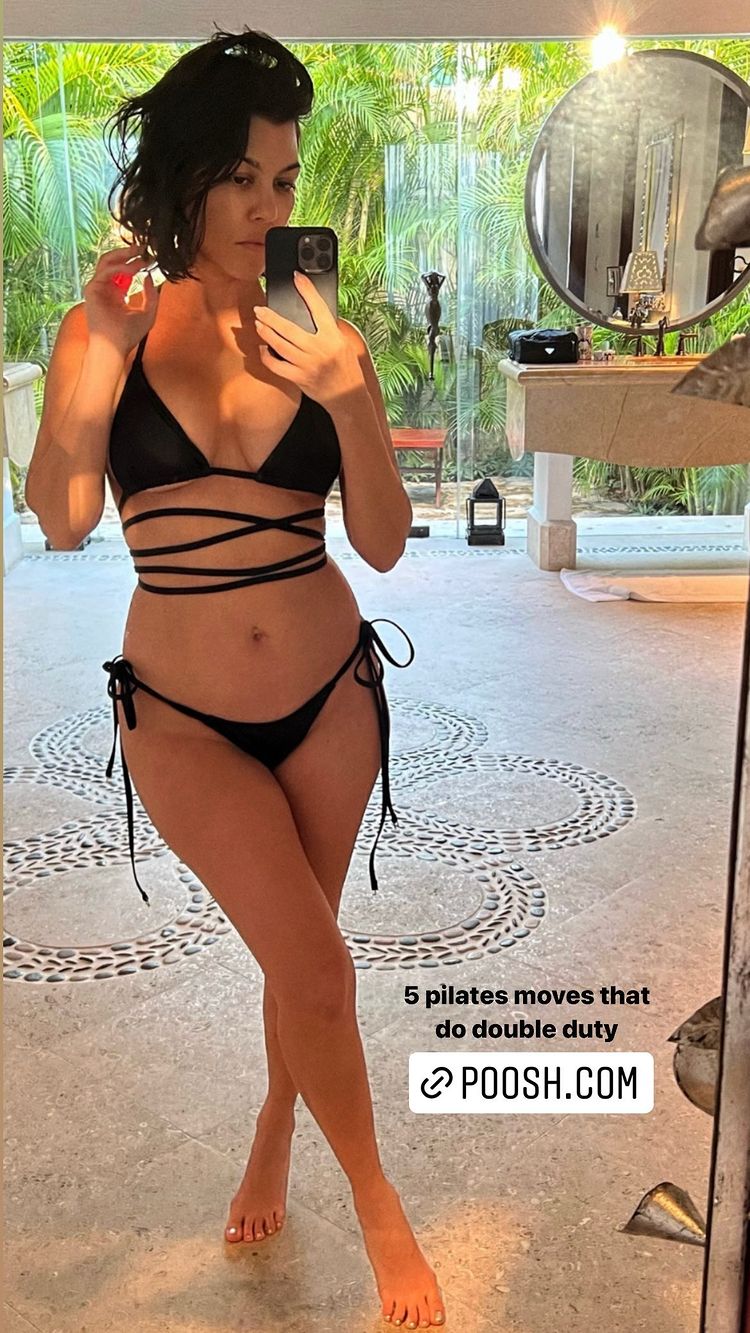 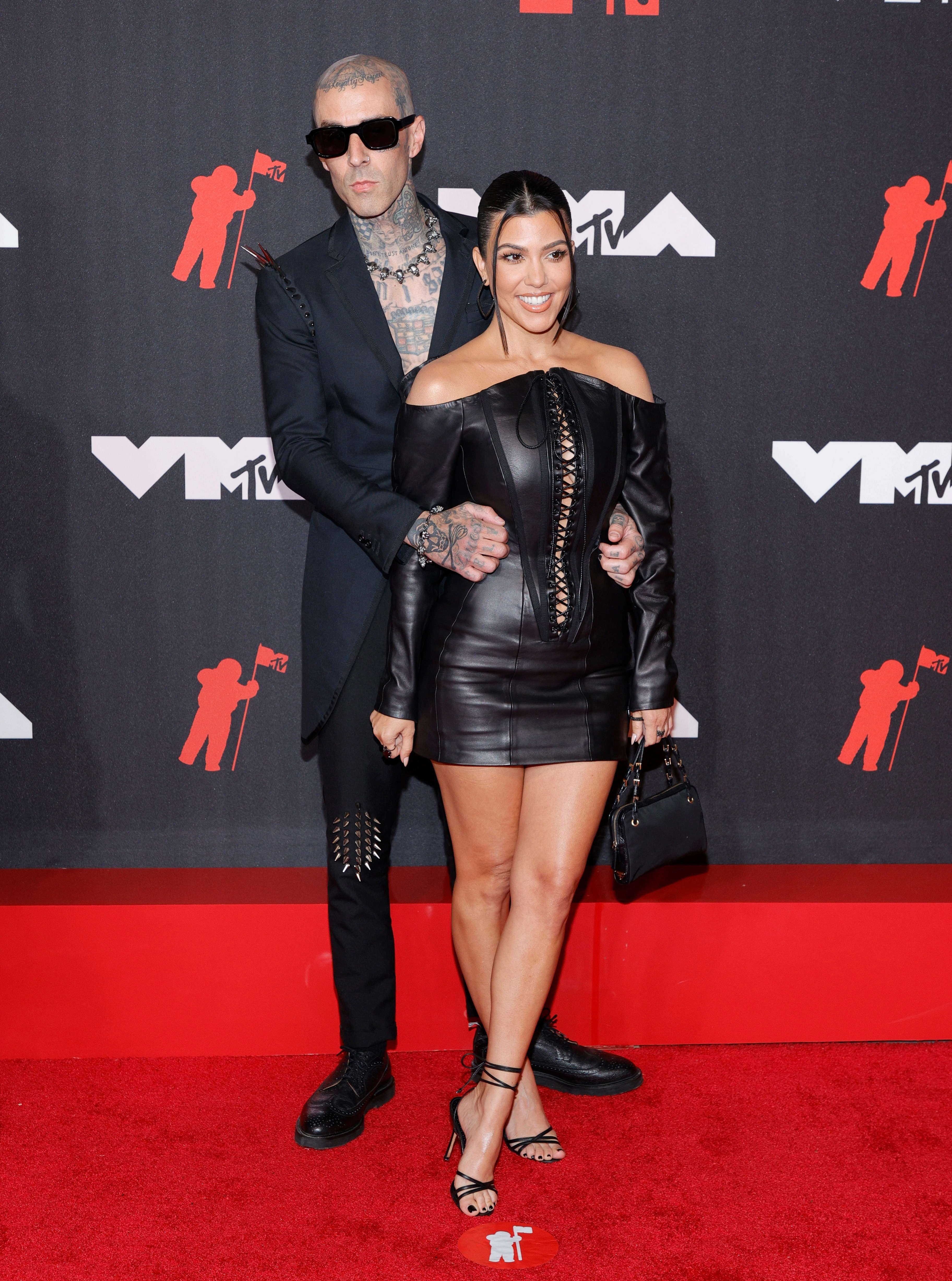 Kourtney took to her Instagram Story on Friday to share a photo of herself posing in a mirror as she modeled a tiny black bikini, which included lace wrapped around her torso.

The Keeping Up With the Kardashians alum crossed one leg in front of the other as she took the photo with one hand and placed her other hand near her hair.

Her impressive body was on full display in the post, which she captioned: “5 pilates moves that do double duty.”

Kourtney added a link to her lifestyle website Poosh, where her fans can learn all about the workout moves.

The TV personality shared the sexy shot as fans believe she is expecting a child with fiancé Travis, 46.

Kourtney and Travis have been vocal about their desire to expand their family, while her ex step-parent Caitlyn Jenner recently fueled speculation that a fourth child may be on the way.

The 71-year old opened up about the number of grandchildren in the Kardashian clan during an interview with Good Morning Britain.

During the interview, the former Olympian spoke about her grandchildren and claimed there were reportedly "two in the oven."

Caitlyn said: "I told all the kids. I'm going for 30 grandchildren. That's a nice round number."

Meanwhile, Travis is the father to teenagers Alabama, 15, and Landon, 17, with his ex-wife Shanna Moakler.

Despite seeming to want more children, Kourtney has been slammed as some fans believe she "never" spends time with her three kids.

She was accused her of "snubbing" her children because she was focused solely on her engagement.

In response to a post Kourtney shared wishing Travis a Happy Birthday in November, one upset fan commented: “Love ya kids more than anything baby girl. Men are temporary."

Another wrote: “Awkward someone should probably remind her she has kids…”

A third said: “More than anything? Your favorite everything? As a mother, I can’t imagine loving anything more than my children.”

Following backlash, Kourtney proved she's involved is in her kids lives back taking them on vacation.

In a November Instagram post from vacation, the star shared a series of photos from a sunset horseback riding tour.

She was spotted alongside Penelope and Reign, while Travis' daughter, Alabama was also seen in the background during the family outing.

As she was seated in her saddle, the E! star wore a purple floral corset with sleeves paired with tight black booty shorts.

Throughout the excursion, she shared selfies from their ride and showed off the stunning Mexican sunset over the mountains.

More recently, the mother of three shared a video of Reign playing in his room covered in Christmas toys and decorations.

Meanwhile, Scott seemed to throw shade at his ex when he posted a photo of their three kids lighting the Hanukkah menorah at their home.

The KUWTK alum and Penelope had their hands around the same candle.

Reign sat top on the table with his legs crossed while Mason sat by his father's side.

In the next Story, Scott shared a fun photo of Reign's happy face when he got his present. 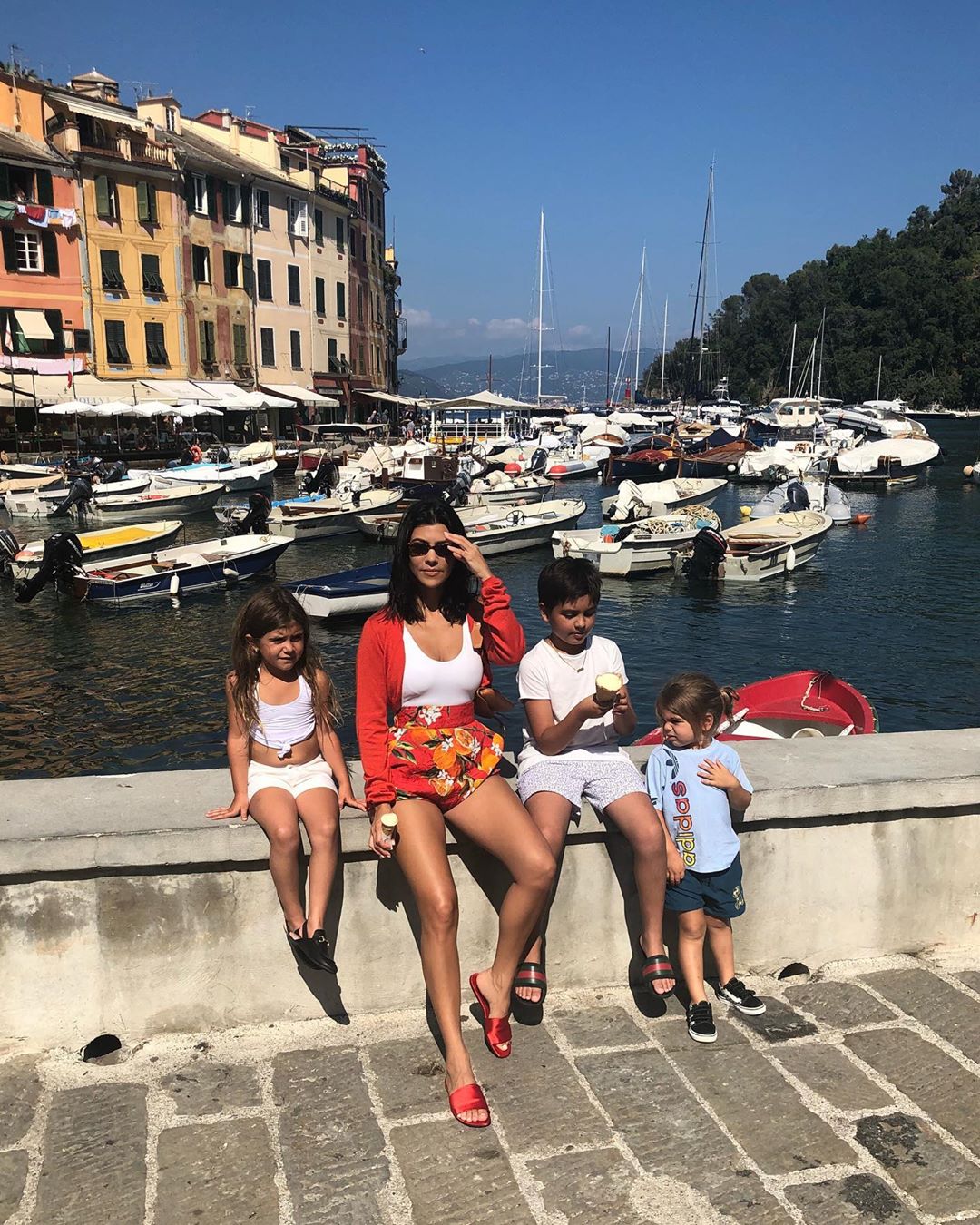 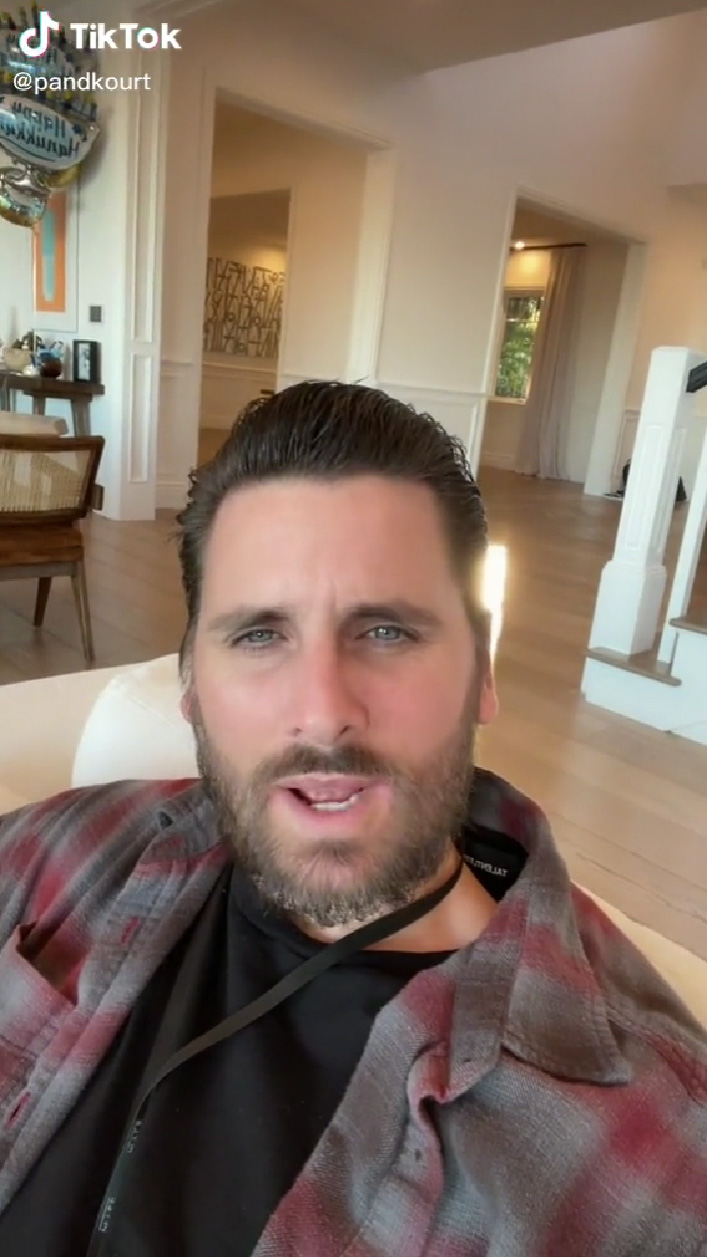 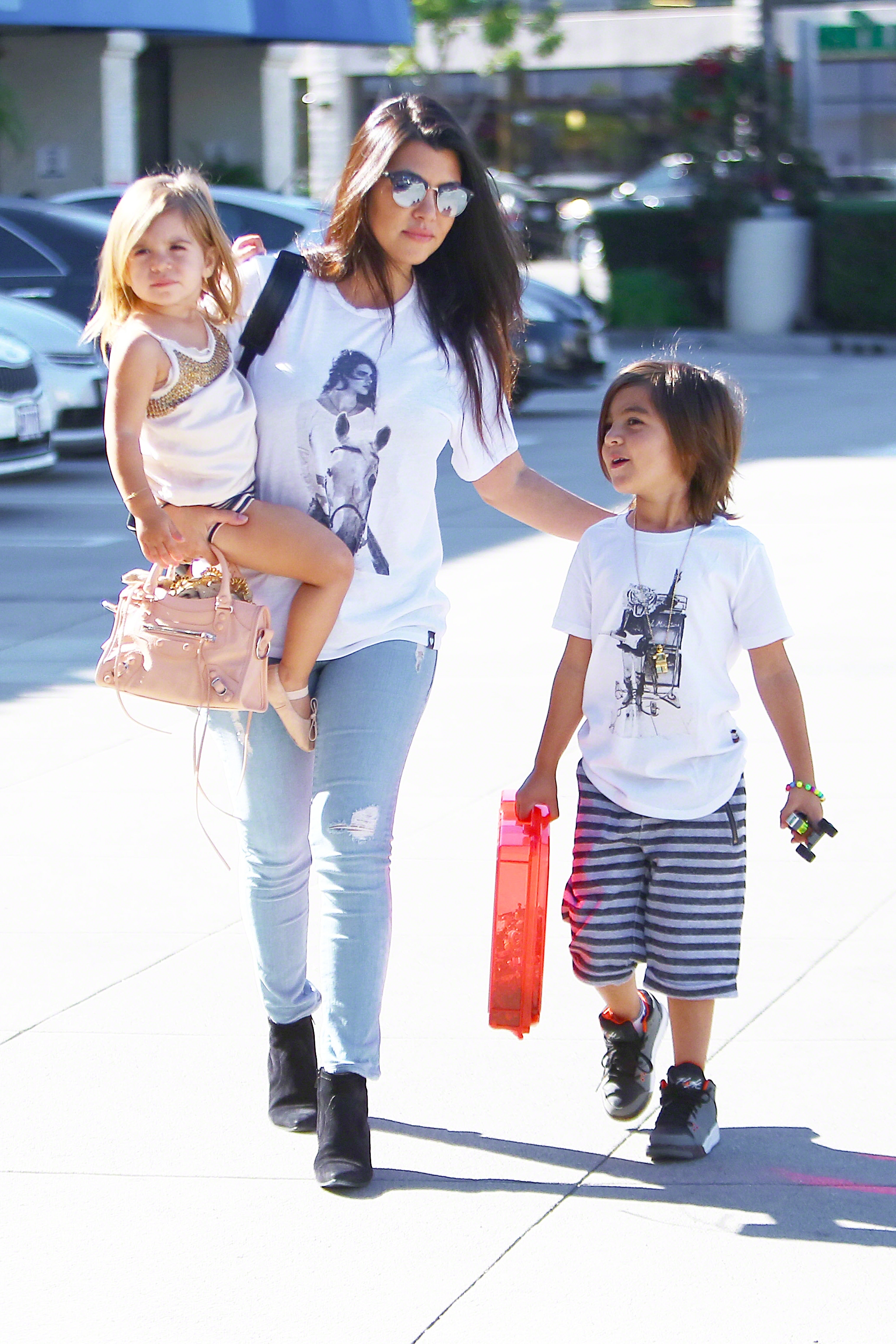