The Essex girl confidently rocked her plunging blazer that showed off her cleavage. 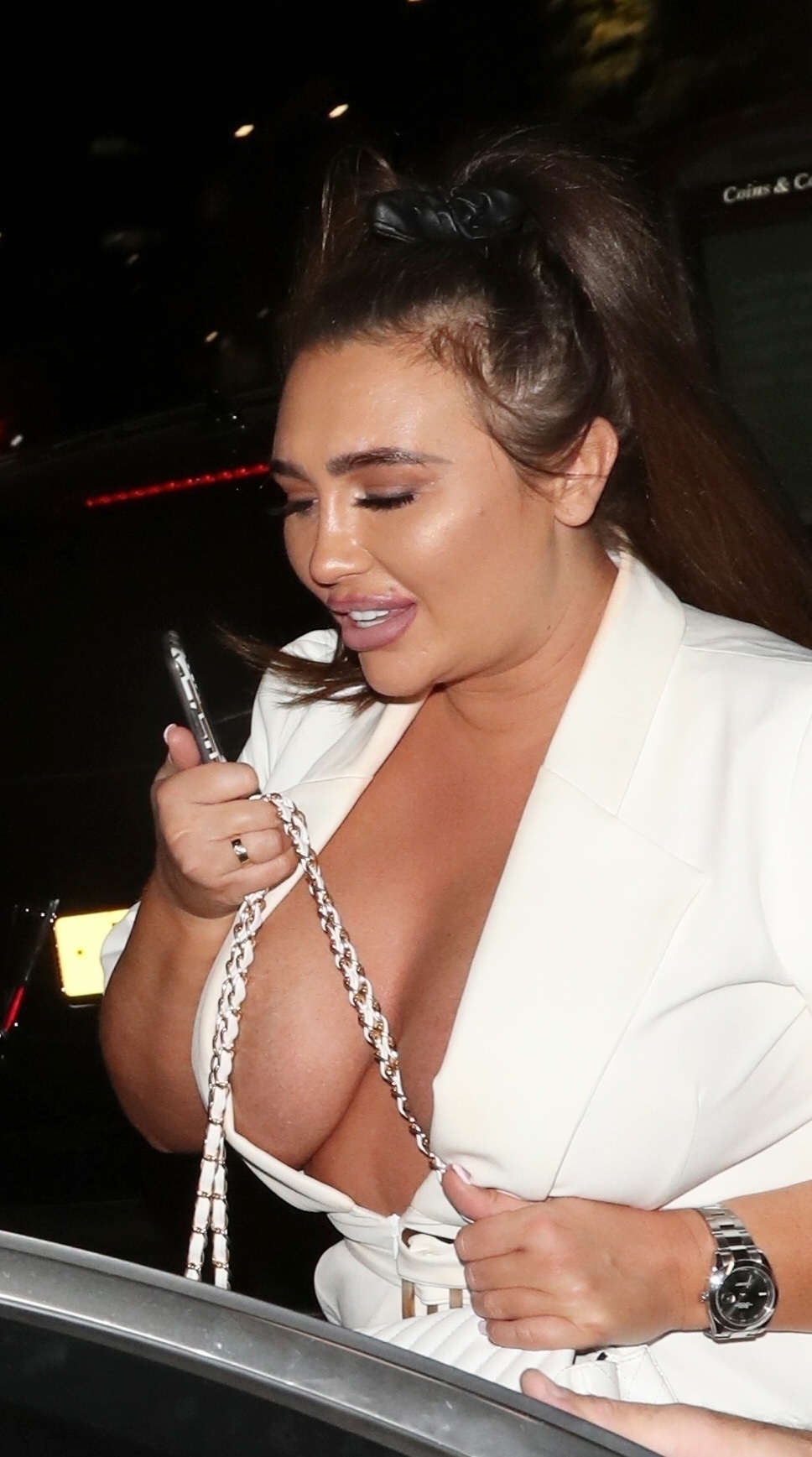 She looked to have had fun as she left the venue with a smile on her face as she climbed into a waiting car.

It followed a night out in Manchester on Thursday evening ahead of her birthday weekend.

The reality TV star went for dinner at Menagerie Restaurant & Bar with some girl pals and appeared to be having a fabulous time.

Lauren had made an effort for the occasion and looked super glam in a pair of satin flared trousers which she teamed with a blush pink crop top. 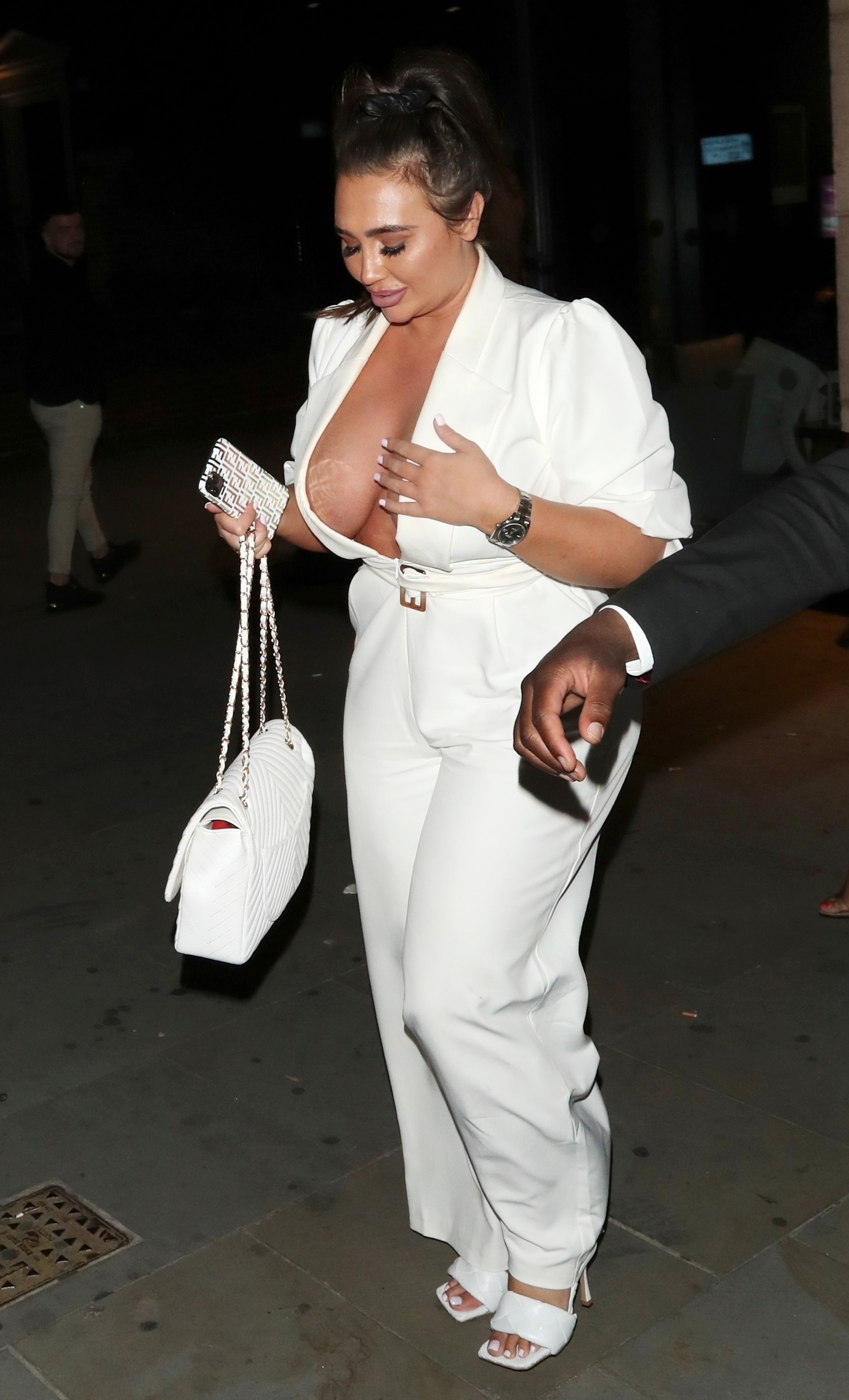 The former Towie star accessorised with a pair of chunky gold heels and a sleek blowdried hairdo as she made her way inside the eatery.

Unfortunately, Lauren was forced to scale back the celebrations due to the Government's new rule of six that was enforced at the beginning of this week.

The brunette was planning on having a huge birthday party to mark her special day – but confirmed it will no longer be taking place.

Posting on her Instagram Story, she wrote: "Hey everyone due to new Borris rules (6 people) I won't be having a birthday party this year so everyone I've mesaged and who is coming it's no longer going ahead (sic).

"Thank you to everyone though I no it was going to be lit. Love LG," she added.

However, Lauren looked far from sad as she wined and dined herself on Thursday night – and kept her 752k followers up-to-date with her antics via social media. 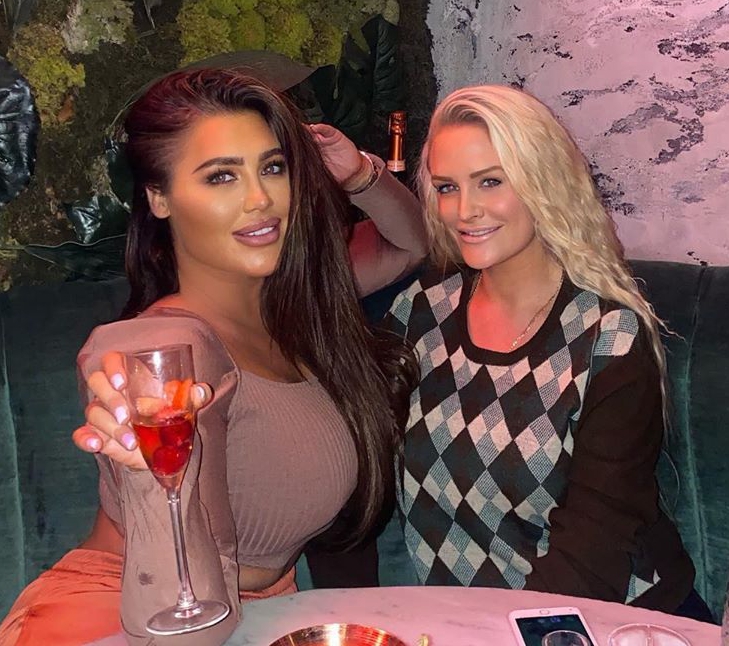 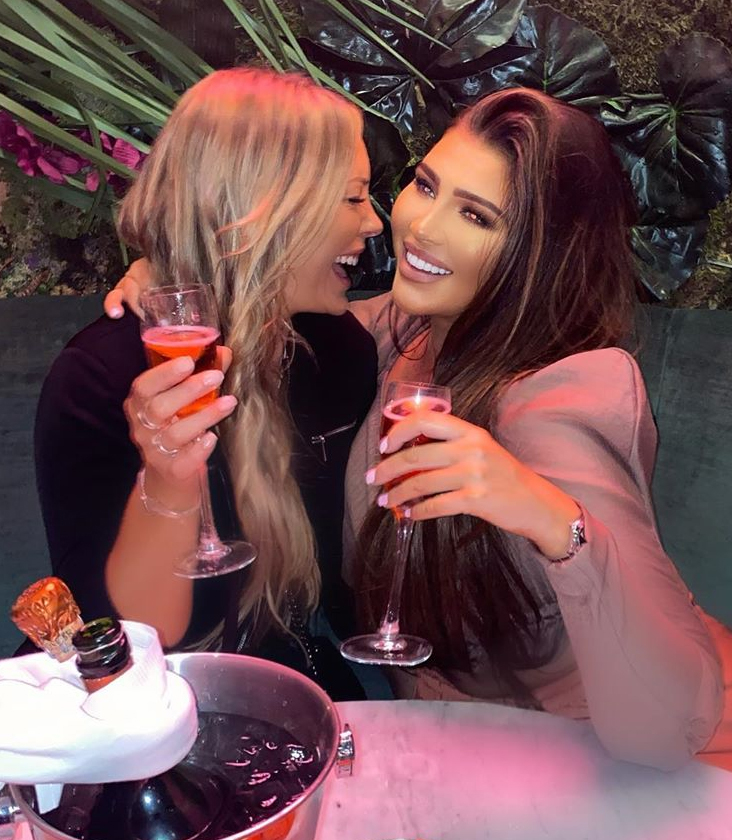 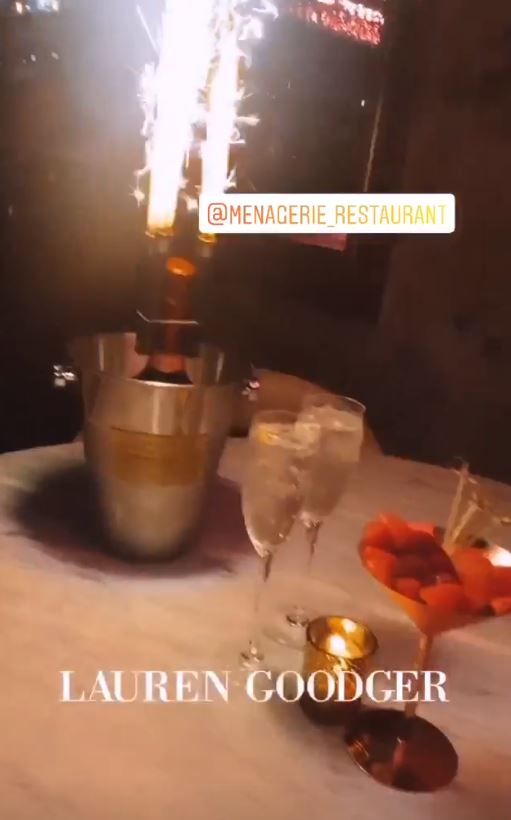 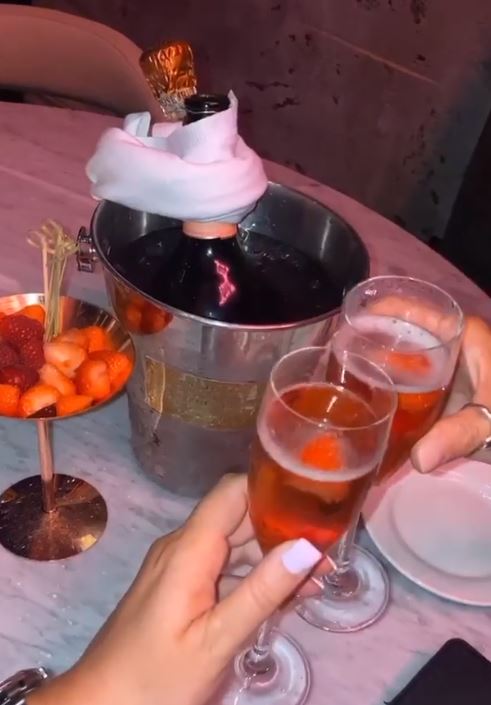 The group ordered bottles of champagne – complete with sparklers – delicious-looking food and even indulged in some shots whilst singing Happy Birthday to the TV star.

And the birthday shenanigans didn't stop there as Lauren later shared a snap of her and a friend laying in a bath tub.

She captioned the hilarious picture: "Drunk in the bath I haven't stopped laughing!"