Liar was back on ITV this evening with the fourth episode of the second series, but while those watching at home were hoping to find out more clues surround Andrew Earlham’s (Ioan Gruffudd) death, they were presented with a series of flashbacks instead, which only confused them.

The episode began with the police investigation taking a shocking turn as secrets rose to the surface.

When Andrew was living in Edinburgh, a strange turn of events brought him face to face with an old acquaintance – Oliver Graham (Sam Spruell) who’s deeply corrosive influence became clear.

After breaking and entering into Oliver’s house, Andrew revealed how he had installed several cameras around his property to watch his every sinister move as he drugged and raped several men.

“What the hell is that?” Oliver remarked as Andrew pointed to the devices scattered around. 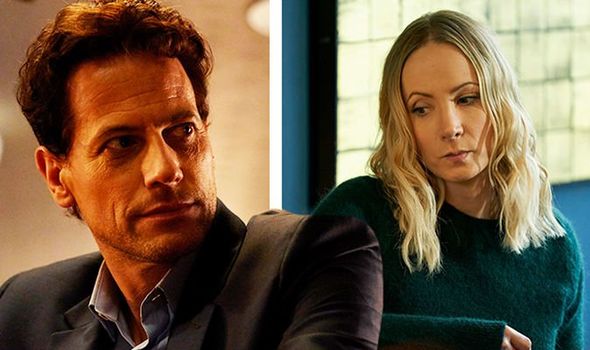 “There’s one over there, ones there, they’re everywhere,” Andrew commented.

Worried, Oliver asked: “What do you want,” and his colleague said: “I want to talk.”

“Most people would call the police, but this fascinates you…” Oliver probed.

“You really think you can do what you want?” Andrew asked by Oliver hit back: “That’s not what you were going to ask me…

“You put that camera there because you want to know how it feels, don’t stand there staring at me either, talk or p*** off and tell the police,” he continued. 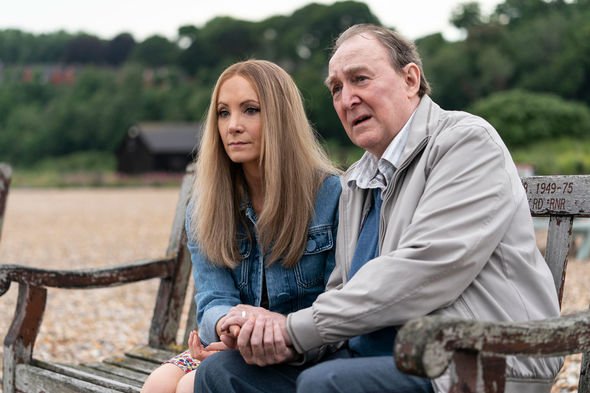 As well as this, those watching at home saw the lengths Laura will go to for those she loves.

Scenes showed her administering a lethal injection to her father after he had asked her to commit euthanasia following her cancer diagnosis.

In the final moments, she took off her necklace and place it around his own neck, and then a plot twist happened.

Jumping back to the beginning of when DI Karen Renton (Katherine Kelly) and DS Rory Maxwell (Danny Webb) opened up a storage container to find a dead body, Laura’s necklace was scooped up off the floor of the crime scene. 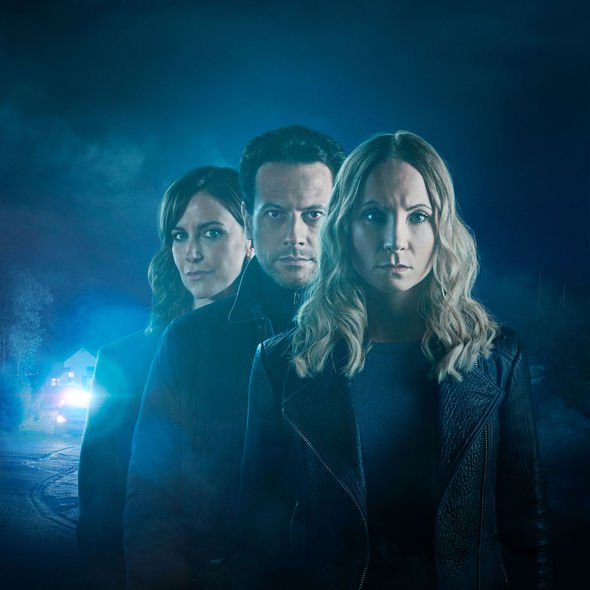 “You’ve got to be kidding me!” Laura remarked as the police detectives stormed towards her outside her house.

Karen said: “We are arresting you for the murder of Andrew Earlham,” but Laura was adamant: “This is bulls**t!”

“We found it Laura,” Rory added.

Those watching at home were left piecing together all the scenes trying to work out who had indeed killed Andrew.

Taking to Twitter to comment, one said: “If you understand what’s going on in #liar you deserve an award of some kind because the majority of us don’t have a f*****g clue.”

“Have I missed something?  I understand these are side stories but im confused, is this before they met? #liar,” someone else remarked.

Another added: “Couldn’t see the point of going back 8 years to her dad’s illness unless it’s leading up to some revenge she may have for him possibly…..dying ?  #liar.”

Liar returns on Monday at 9pm on ITV.