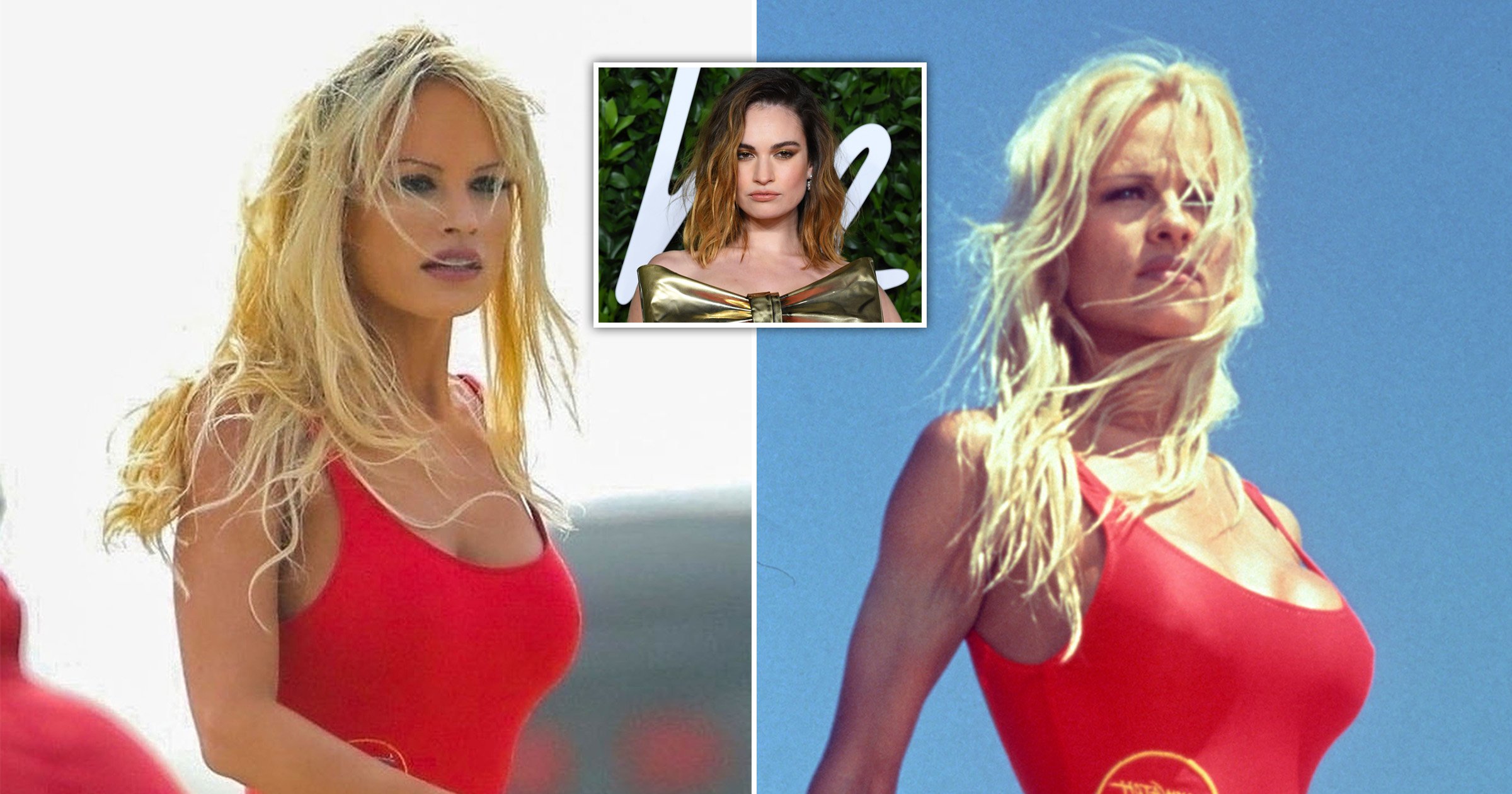 Lily James has revealed the hard work that went into her incredible transformation into Pamela Anderson.

The 32-year-old actress will play the former Baywatch bombshell alongside Sebastian Stan (Tommy Lee) in upcoming Hulu mini-series Pam & Tommy, and she admitted it took a lot of research to perfect the role.

‘I’ve never worked so hard. I’ve read all the books [Anderson] has written, I read her poetry, I can parrot along to all her interviews,’ she told PORTER magazine.

‘And then, of course, there was the physical transformation. Slowly, our incredible team found a balance where I resembled Pamela but also felt like I could act through it.’

The Cinderella star explained how the role is the first time she’s undergone such a huge physical transformation, and she admitted turning herself into Pamela was ‘freeing and liberating’.

She added: ‘I’ve never done anything where I look very different from myself before.

‘And I’d really like to continue in this vein, because I felt there was something very freeing and liberating in it. There was a bravery that came from that. A courage that came from… disappearing.’

Sebastian also opened up on their transformations – including himself becoming the Motley Crue drummer – and he noted how time-consuming the whole process is.

‘I think it took two hours for myself and then three hours for Lily almost every morning,’ he said. ‘Then you pile that on to a 12-hour day and it just definitely gets interesting by the end.’

And Lily pointed out that playing Pamela was something that stayed with her after filming ended, and she compared the feeling to sportspeople coming off the field of play.

She revealed: ‘It takes a while to let a character like that leave you. In the past, I maybe felt too modest to believe that I might inhabit a role so greatly that it would impact on me, but it really does.

‘My therapist said that when her husband watches a rugby match, by the end he’s exhausted – your nervous system doesn’t really know the difference, whether it’s him winning a goal or watching it happen. And I think the same happens when you live through someone.’

The show is a comedic limited series all about the former couple’s notorious sex tape.

The stars got married on a beach in Cancun four days after they met in 1995, and on their honeymoon, they filmed their sexual activities on videotape.

However, the tape was stolen from their home and was distributed online, becoming one of the internet era’s first celebrity sex tapes, before the couple then sued distributor Internet Entertainment Group, and eventually reached a settlement under which the tape became public again.