LINE of Duty fans have spotted another clue Hastings is corrupt after the evil OCG boss misspelled “definitely” as “definately” again.

The AC-12 boss was effectively relieved of his command in tonight’s action-packed episode as Steve and Kate discovered more evidence suggesting he is The Fourth Man. 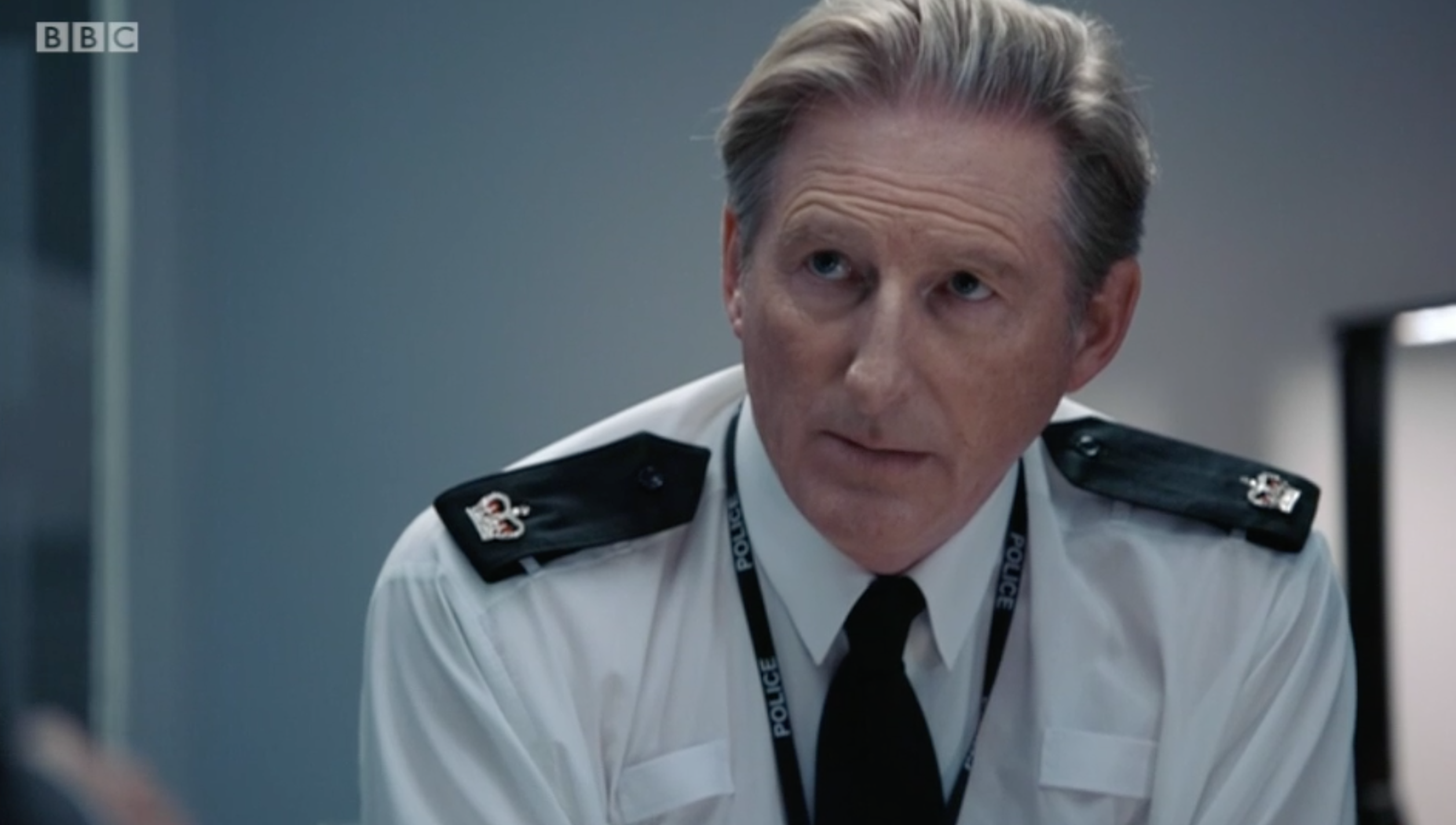 In an anonymous conversation with Jo Davidson, the mystery individual ordered her to get rid of Kate Fleming for good, but insisted he would handle AC-12.

Once again the unknown corrupt officer replied by mis-spelling definitely as "definately".

Later Carl Banks told Steve that Hastings had told him about Steve Corbett being an undercover cop.

This coupled with the news the money found in Corbett's widow's loft was from the same money found with Hastings in the hotel room – had Steve and fans convinced once again that Hastings is corrupt. 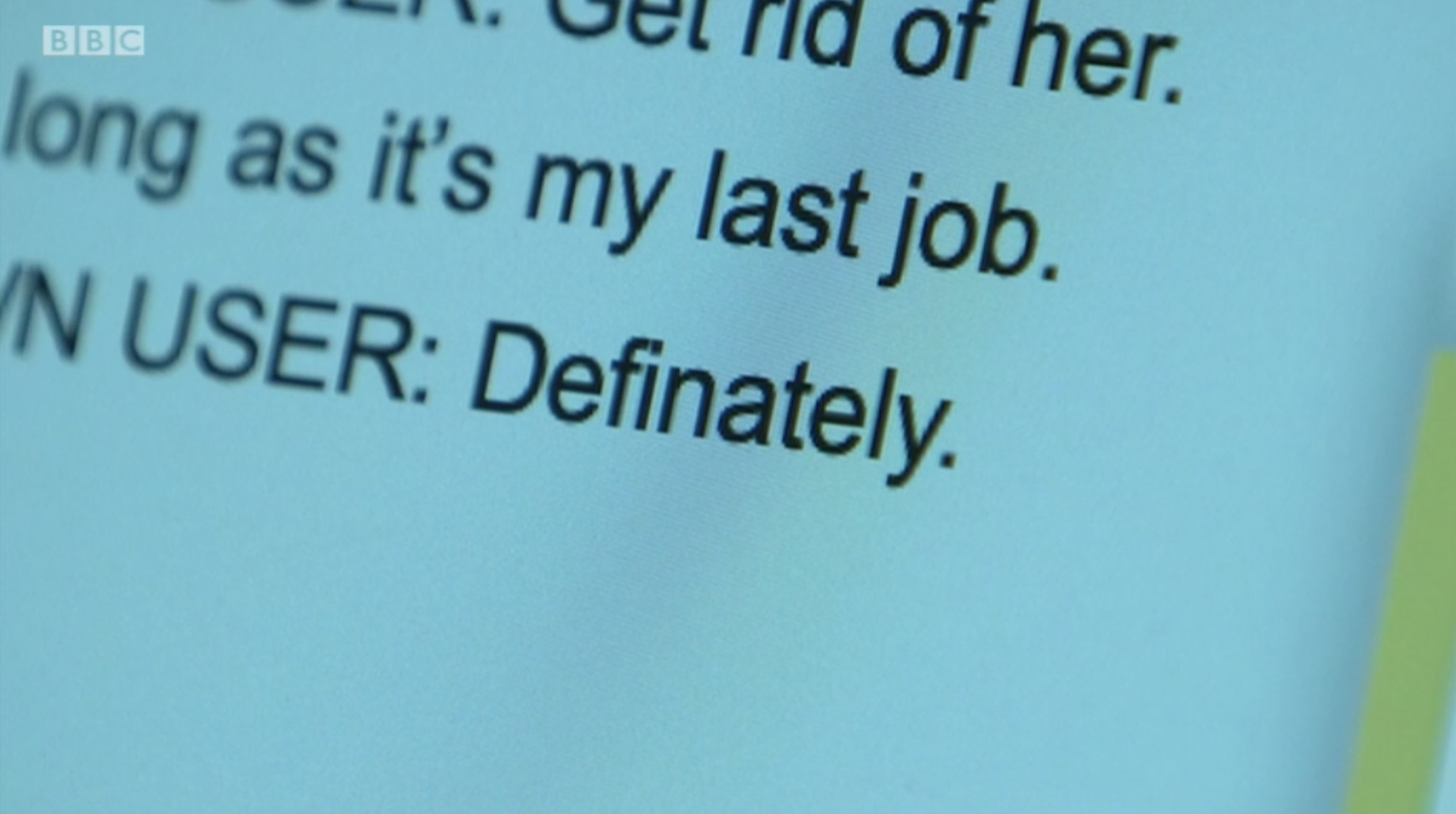 A second wrote: "There’s no way Hastings can be a bent copper? Surely? Now I can't be so sure. No."

Another added: "Can't believe Hastings is bent. Live long enough to see yourself become the villain."

A fourth concluded: "H is Hasting after all? Definitely spelt as 'definitely again. Hastings. Game over." 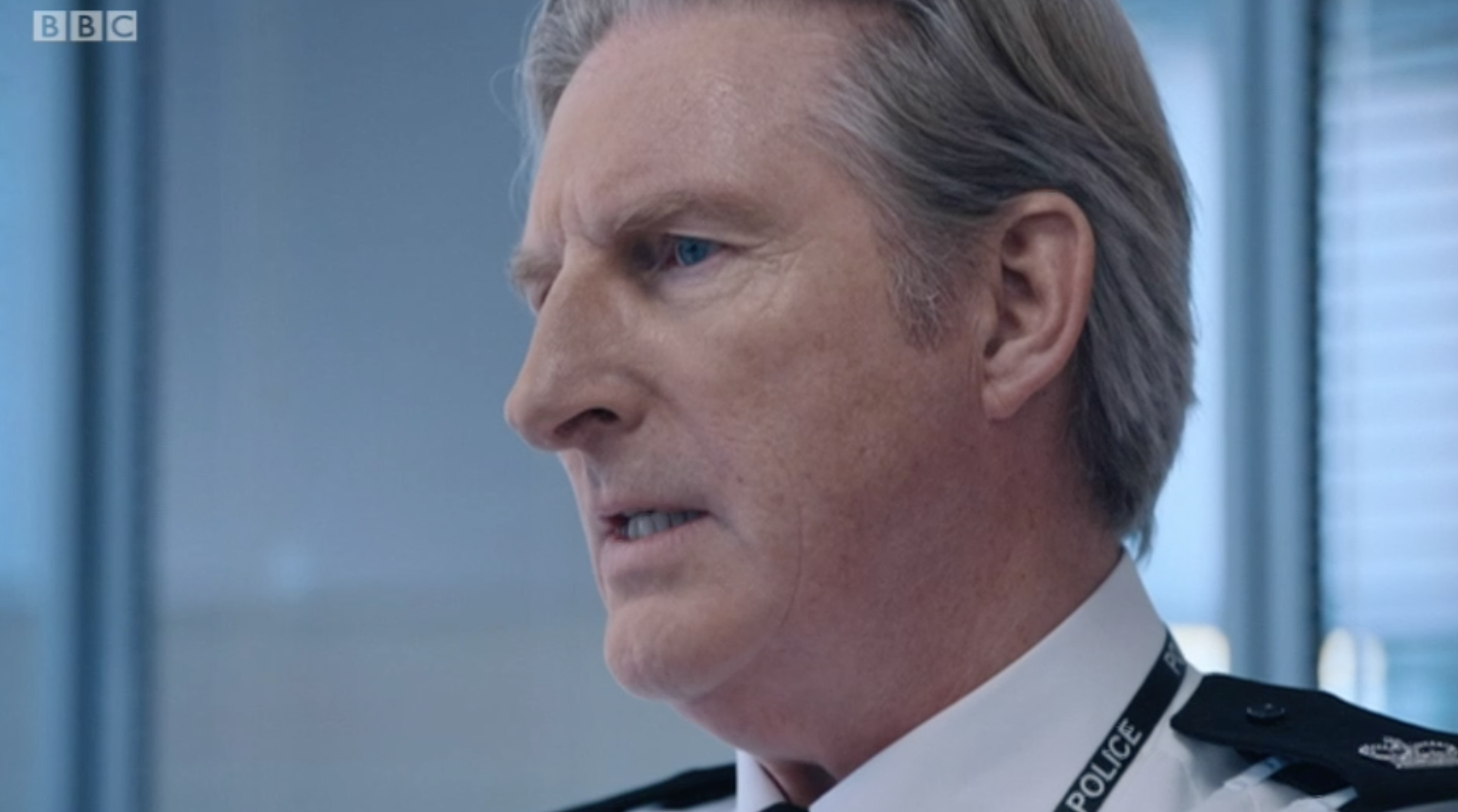 It was also revealed that Jo Davidson is related to Tommy Hunter.

And she was confirmed as corrupt when she agreed to have Kate murdered to protect her own secret.

She called Kate and tricked her into meeting her at a disused warehouse car park and when she got there – Ryan stepped out and aimed at gun at Kate. 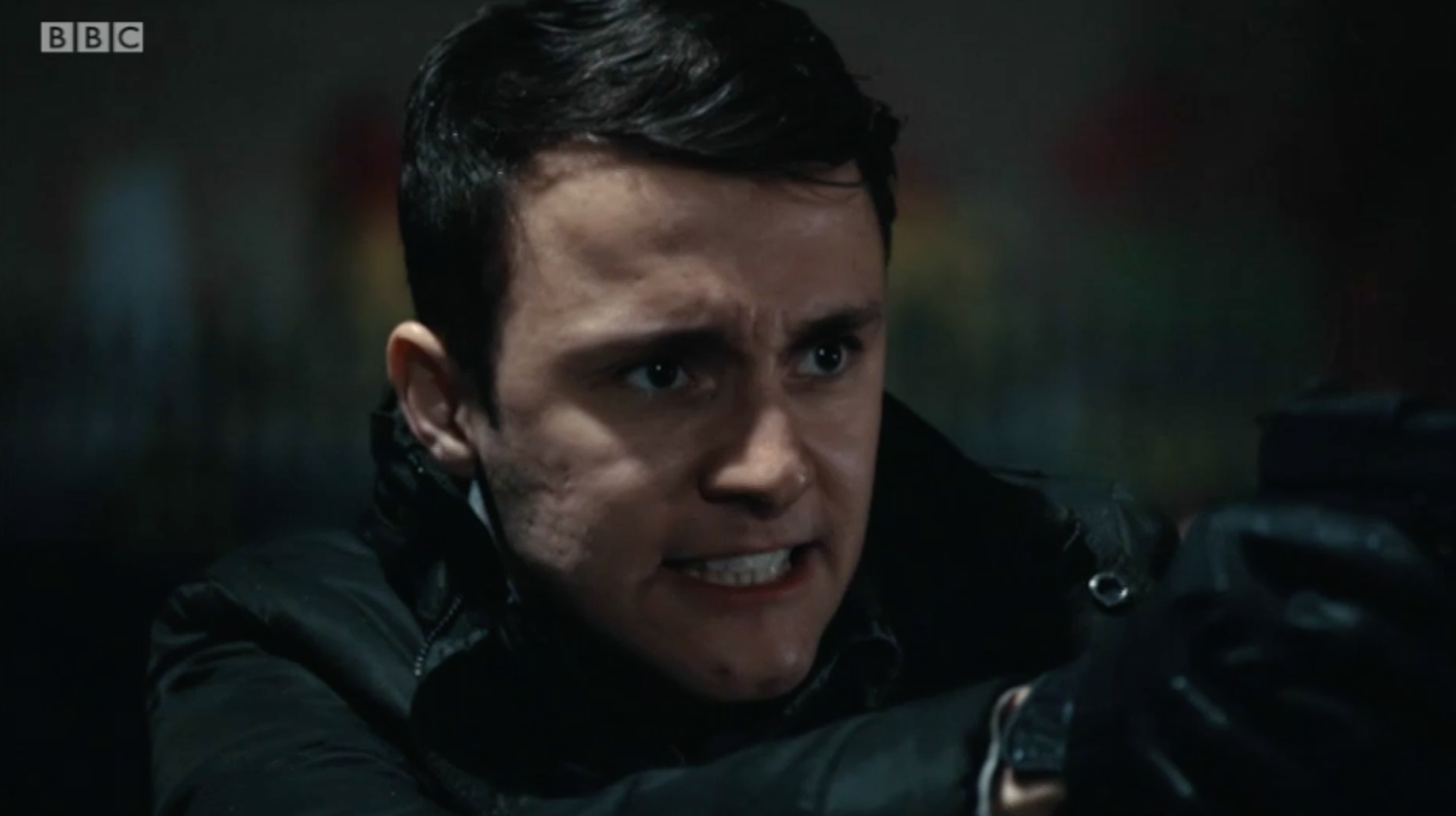 Only her quick-thinking gave Kate enough time to confuse Ryan and Jo and pull out her own gun.

The episode ended with two gunshots being heard suggesting they shot each other.

Viewers were in shock at the scenes.

A second said: "As if Line of Duty got us waiting another week after just seeing that"

Another added: "Mother of god, these bloody cliffhangers!!"