Season two of Line of Duty gets its BBC One debut this evening at 9pm. The show started off on BBC Two and the second outing originally aired in 2014. However, the run is finally getting a primetime slot on BBC One – Express.co.uk takes a look at the cast of the drama.

Who is in the cast of Line of Duty series 2?

The first three seasons of Line of Duty aired on BBC Two before viewing figures saw the show getting promoted to BBC One and ending up in the prestigious Sunday night primetime slot.

Season two focuses on a new chief antagonist with AC-12 really getting its teeth stuck into a new case about alleged police corruption.

The series sees loose connections starting to be established in the series but the H conspiracy is still being built up and not really coming into fruition as yet.

Season six of Line of Duty is going to be airing on BBC One in March but a launch date has yet to be confirmed by the broadcaster. 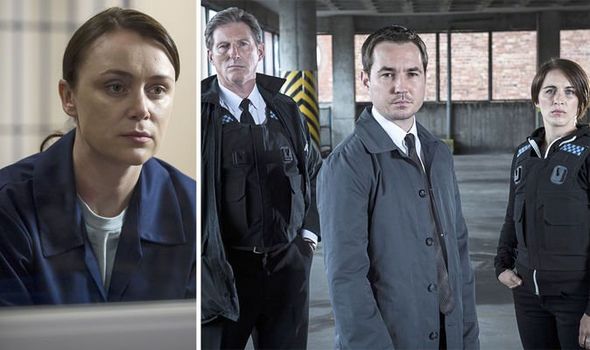 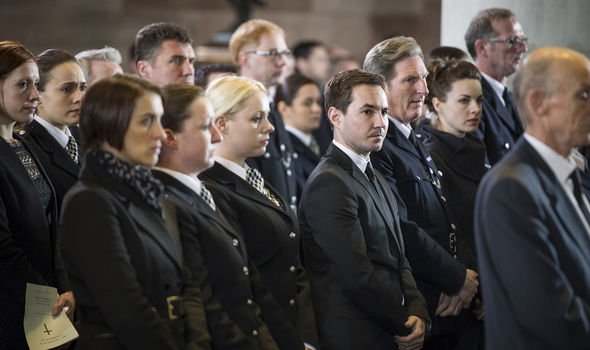 Actor Martin Compston returns as Steve Arnott, who is getting to grips with being part of AC-12.

Line of Duty sent Scottish star Compston’s profile soaring and he has subsequently starred in a multitude of projects including movie Mary Queen of Scots, Traces, The Nest and In Plain Sight.

Much like Compston, Line of Duty propelled McClure into the spotlight after she’d previously starred in Shane Meadows’ This Is England franchise as well as Broadchurch. 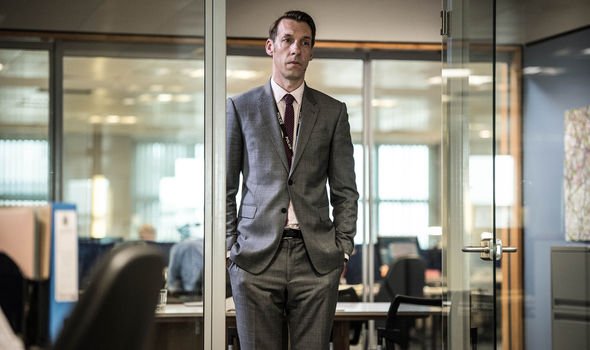 Thespian and veteran actor Adrian Dunbar from Northern Ireland has had a long career across film and television with roles in My Left Foot, The Crying Game and hear My Song.

However, his turn as Ted Hastings has seen Dunbar become something of a icon with his Line of Duty catchphrases. He has also appeared in The Hollow Crown, Blood and Broken.

Keeley Hawes gives one of her most stripped back and raw performances as the officer under suspicion Lindsay Denton.

Hawes is a national treasure after first bursting onto the scene in the lesbian period drama Tipping the Velvet before going on to many other shows such as Ashes to Ashes, Upstairs Downstairs, The Missing, The Hollow Crown.

She can currently be seen in Finding Alice on ITV and Channel 4’s It A Sin as well as starring in Honour. 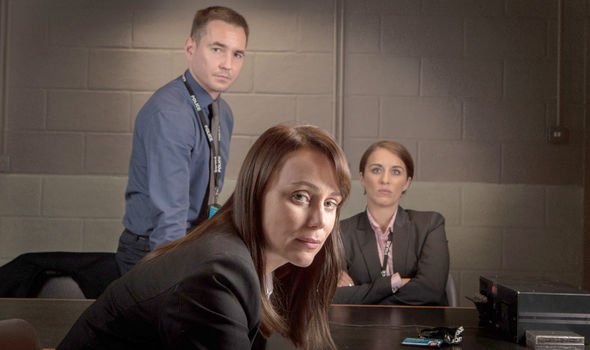 Craig Parkinson is back as the devious Matthew “Dot” Cottan, who was revealed to be mole in AC-12.

Parkinson has starred in Misfits, Great Night Out, Prey, Indian Summers and Black Mirror, among other projects.

Neil Morrissey plays the straight man again as Nigel Morton in Line of Duty and a suspicious member of AC-12.

Morrissey was of course better known for his comedic turn in Men Behaving Badly as well providing the voice of Bob in Body the Builder but has now appeared in projects including The Good Karma Hospital, Unforgotten and Striking Out.

Mark Bonnar takes on the role of Denton’s dubious love interest and has gone on to star in Home Fires, Undercover, Human, Catastrophe, Shetland, Guilt and reunited with Hawes on Summer of Rockets.

Christina Chong plays Nicola Rogerson and is perhaps most recognisable for her parts in Johnny English Reborn, Halo: Nightfall, 24: Live Another Day, Bulletproof and Heirs of the Night.

Allison McKenzie plays police officer Jayne Akers and has also appeared in The Victim, Shetland, Beowulf: Return to the Shieldlands, and Press.

Sacha Dhawan portrays dodgy copper Manish Prasad and since Line of Duty his profile has also increased playing the latest incarnation of the Master in Doctor Who as well as starring in The Great, Dracula, Iron Fist and The Boy with the Topknot.

Steve Toussaint takes on the role of officer Mallick and has featured in Lewis, DCI Banks, Pine Gap and In the Long Run as well as Small Axe, among many other parts.