BBC police drama Line of Duty has seen dozens of deaths and jaw-dropping plot twists over its five previous seasons as DSI Ted Hastings (played by Adrian Dunbar) continues to try and bring so-called bent coppers to justice with the help of his loyal employees DS Steve Arnott (Martin Compston) and DI Kate Fleming (Vicky McClure) at the anti-corruption unit (AC12). With many questions still to answer about the organisation the trio are desperate to bring down, could Steve be given a whole other new challenge after it was hinted the character could be receiving a promotion in season six?

Last season saw DS Steve Arnott and DI Kate Fleming get their closest yet to uncovering the real head of the organised crime unit (OCG).

DI Matthew ‘Dot’ Cottan’s (Craig Parkinson) dying declaration to Kate back in season three led AC12 to believe they were looking for one ringleader.

But when Ted was accused of being ‘H’ and was taken in for questioning, Steve and Kate took it upon themselves to try and prove their boss’ innocence.

Steve examined the footage of Dot’s dying declaration in more detail and made a huge breakthrough, realising what he had really been trying to communicate. 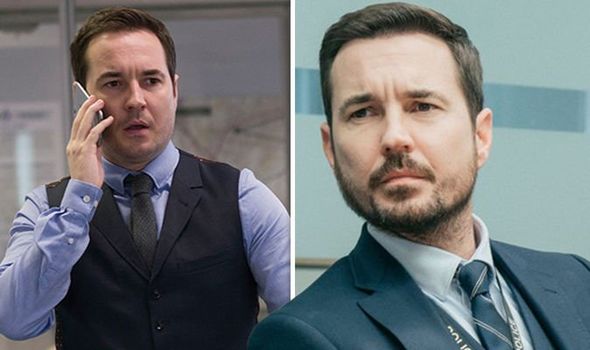 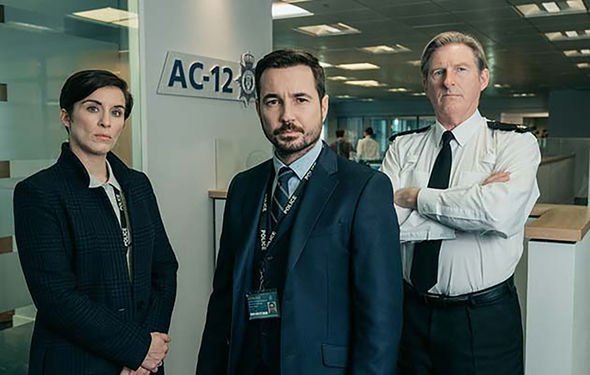 He realised Dot had been using morse code and Steve and Kate came to the conclusion the OCG was headed up by a team of four.

However, with their work far from incomplete, could Steve be back in a position of even greater responsibility as things heat up further? 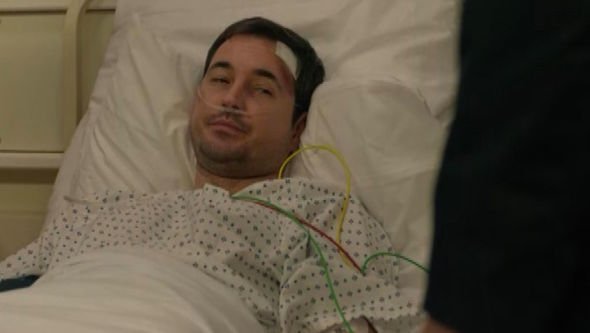 The tweet included photos of the show’s core trio of Adrian Dunbar, Vicky McClure and Martin Compston alongside a tribute to the programme.

He wrote: “OTD 8 years ago #LineofDuty premiered @BBCTwo, a little cop show squeezed between Wimbledon, the Olympics and Euro 2012, starring @RealLennieJames — oh, and these three.”

Martin quickly got in on the action, tweeting in response: “8 years man so much has happened, except a promotion for Steve of course.”

Could the star be hinting at an upcoming role change for his alter-ego Steve in the upcoming season?

Fans were divided over whether Steve should receive a promotion, with one noting: “You don’t deserve one. You let Jessica Raine get pushed out of a hospital window. It scarred me for life. That was horrific.”

Another shared: “Would he want one? Letters other than DS in front of his name wouldn’t sound right.”

A third commented: “Poor Steve. He always gets the brunt but never the rewards.”

“If you don’t get promoted this time, I’m coming for H myself,” wrote another fan, with a fifth agreeing: “Give Steve a promotion.”

Will Steve finally get rewarded for putting his life at risk time and time again over the last five seasons when he makes a comeback later this year?

But with more than one brush with death over the last five seasons, it seems as though it might be time for Steve to move up in the ranks too.

With AC12 being dealt a brand-new challenge in the form of suspicious police officer Detective Chief Inspector Joanne Davidson (Kelly MacDonald) in season six, will they finally get to the bottom of who is heading up the OCG?

Line of Duty seasons 1-5 can be streamed on BBC iPlayer and Netflix now.