Is she dead? Or did whey-faced psycho PC Ryan Pilkington eat lead? Either way surely someone has GSWs (gun shot wounds) or as we say in civvy street, “been shot”. And didn’t we all know that there was trouble afoot was when Detective Superintendent Jo Davidson changed the venue (for what Kate thought was a girly heart to heart) from a wine bar to a lorry park? Duh! Don’t go there Kate, we said. The person who talks to Jo on her laptop and can’t spell “definitely” wants you dead.

“Stop trying to act like a big man. You’re a little boy,” Kate bellowed as PC Pilkington levelled his workshopped gun at her head.Kate’s so brave! She’d just hung up on DCS Patricia Car-michael which was braver still.

Is Kate dead? Please no. Not to get anyone’s hopes up but diligent viewers (the sort who did handstands to try and read the post-it note revealing who Jo Davidson’s close blood relative was) have pointed out that there’s the trailer which includes a scene – as yet unseen – where Kate and Jo are walking with hands in the air and surrounded by armed officers.

So she must be OK, right? Right? Job done…unless it’s a double bluff.

And that apparently clunky line about the workshopped gun? It’s a clue, mate! As many self-appointed weapons experts have commented on social media, workshopped guns are highly unreliable so maybe Pilkington blew his own hand off. Sweet!

Yet if there’s one thing we know about Line Of Duty, it’s creator Jed Mercurio’s ruthlessness when it comes to leading ladies. Lindsay Denton for one. 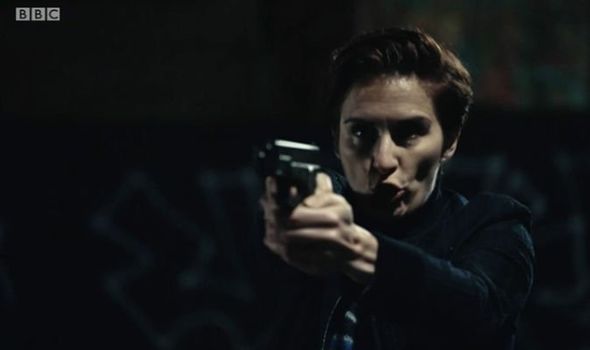 Nobody kills off Keeley Hawes but Jed did. He didn’t kill off DCI Roz Huntley but he amputated her gangrenous hand and sent her to prison for 10 years.

And he slit Jackie Laverty’s throat in series one and kept her in Terry Boyle’s freezer until series five. But they were all wrong’uns and Kate is… well… Kate.

Rewind back to series one, in 2012 would you believe, and there was fresh-faced Kate Fleming, the hair a little more pudding basin, the cheekbones less regal.

And before he grew his beard and adopted the spray-on waistcoats Steve Arnott looked like a little pixie. “We will be left holding a sprat when we could have landed a mackerel,” said Ted Hastings last week, justifying his reckless refusal to arrest PC Pilkington. What’s he on about? Sucking too much diesel, fella. Get that boy behind bars.

When Hastings said that Kate made the face. You know “the face” – when she closes her eyes and half shakes her head in total exasperation? How we’ll miss that face if she’s…gone.

Is Kate dead? What ever would Steve Arnott do? There’s so much history between them. 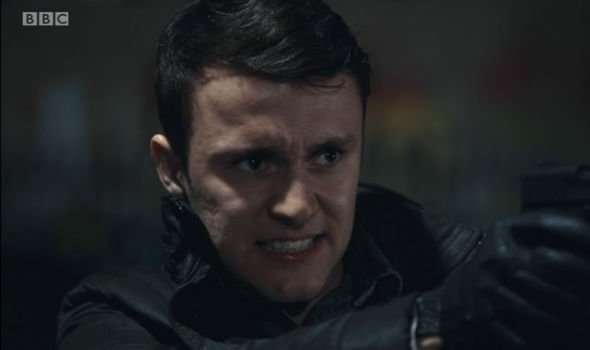 Kate is a brick. You want her on your side. She’s the head girl even when others have a higher rank and she has to say “have you got a moment boss?”.

From her desk she keeps a steely eye on the jockeying for power. But she’s better than all of them. She gives the series its heart and soul, keeps it tethered to reality.

Kate has her emotions in check but we know she goes deep. Without Kate it’s hard to imagine a future for Line Of Duty.

One is that Kate is a bent copper. The other is that she is dead.