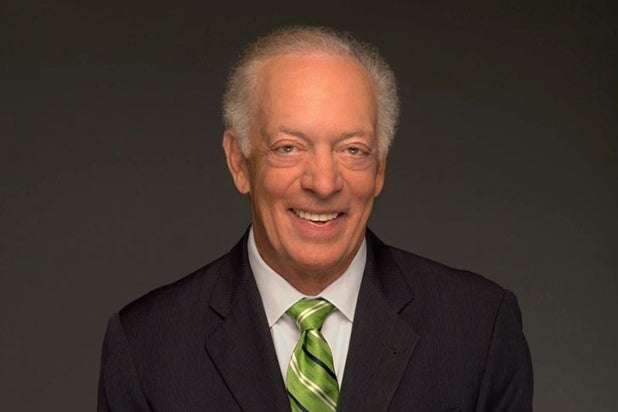 One of the longest tenured sportscasters is calling it a career. Dick Stockton is retiring after a 55-year career that included more than 1,500 network TV games across the big four U.S. professional sports (NBA, NHL, NFL, MLB).

Stockton spent the last 27 years with Fox as part of its NFL broadcast team; last year, he was paired in the booth with newcomer Mark Schlereth.

Prior to joining Fox, Stockton worked for CBS Sports, calling a variety of sports including the NFL, NBA (lead play-by-play from 1982-1990), MLB and college basketball (lead play-by-play for NCAA Regional Finals), in addition to the world swimming and diving championships, championship boxing, track and field, the Pan American Games and the Olympic Games.

Earlier in his career, NBC tapped him to cover NFL games and NCAA tournament basketball, and he also called play-by-play for Oakland Athletics games for KRON-TV in San Francisco. Stockton first began broadcasting in 1965 at a local radio and TV station in Philadelphia, before landing the coveted gig as the Boston Red Sox’s play-by-play broadcaster for three seasons on WSBK; he called Carlton Fisk’s memorable 12th-inning home run during Game 6 of the 1975 World Series as part of NBC’s coverage.

“After a fulfilling 55-year career, I’ve decided to step aside, enjoying the many memorable events I’ve been blessed to cover, and ready to enjoy doing more things away from the broadcast booth,” Stockton said. “My 27 years at Fox Sports have been the most rewarding, and my talented production colleagues and a loyal, supportive management have made the experience more pleasurable than I had ever hoped. I wish everyone in my field could work for Fox Sports. Working alongside former players and coaches, many of whom are still in the Fox rotation, has been a particular joy. But I feel there is a time to call it a day and allow the many younger broadcasters the chance to develop their careers, just as I had the opportunity years ago. I have nothing but indelible memories of being part of the sports landscape for over seven decades and will now sit back and watch the future of sports broadcasting unfold.”

“Dick’s contributions to FOX Sports began on day one of our existence and will be felt for years to come,” Eric Shanks, CEO & executive producer of Fox Sports, said. “He is a cornerstone of this company whose legacy, talent and hard work helped build the NFL on FOX brand. Growing up as a sports fan, I knew his voice signified a big game, but later working with him, I realized just how big and irreplaceable that voice truly is. Dick will be greatly missed, and we at FOX Sports wish him the best in retirement.”