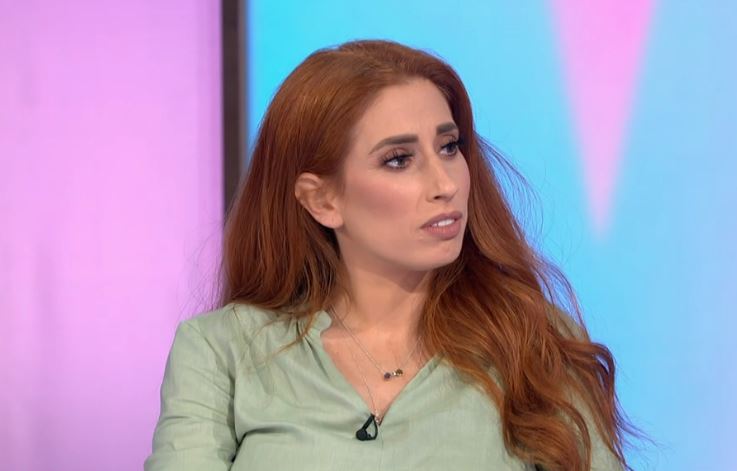 Loose Women viewers were left scratching their heads as Stacey Solomon featured on today’s show despite being on maternity leave.

The mum-of-three is currently pregnant with her fourth child and announced her break from the ITV programme earlier this month, stating she was looking forward to some time off.

However, Stacey appeared alongside Jane Moore, Janet Street-Porter and Kaye Adams on Tuesday lunchtime and discussed everything from putting aside savings for a pension to sleeping through the night.

Confused fans flooded Twitter as they wondered why Stacey was back on television screens, however it appears the episode was pre-recorded.

‘Huh? I thought Stacey was in maternity leave?’ asked one.

Stacey’s final live appearance on Loose Women took place on Friday, August 6 with her fellow co-stars throwing her a baby shower, complete with cupcakes, presents and an inflatable unicorn.

#loosewomen I thought Stacey was on maternity leave? Yet here she is on LW and her Instagram post from today also said she is off to LW… What is going on??? Why lie???

Thought they packed Stacey off on maternity leave #loosewomen

I thought Stacey had gone on maternity leave #LooseWomen

I thought Stacey was on maternity leave #loosewomen

When asked by Kaye Adams how she feels about her pregnancy, Stacey said that she feels ‘really grateful’, adding that she ‘can’t wait to be in that bubble again’ after she gives birth.

‘I’ll probably come back after Christmas I reckon,’ she added. ‘I’ve never had like a proper maternity leave.’

Linda Robson then insisted that Stacey should appear on Loose Women with her baby girl before her official return, to which Stacey promised that she would.