Home » TV » Love Is Blind Season 1 update: Which couples are still together?

Love Is Blind Season 1 update: Which couples are still together?

Love Is Blind is Netflix’s most popular reality TV dating show and any fans were shocked and intrigued by the nature of the dating experiment.

During the show, contestants were expected to get to know each other by talking through pods.

The couples had to become engaged in order to see each other in person. Of the 30 contestants, only six were featured as engaged couples on the show.

Those couples then had one month to prepare for their wedding.

Some couples successfully got married and others didn’t even make it to the altar.

Where are those couples now? We’ve provided a status update on the final six couples.

Lauren and Cameron quickly became fan favorites on the show. While Lauren was initially hesitant about getting married so quickly, the couple tied the knot on the show.

The couple is still happily together. They have been flaunting their fabulous relationship with fans over social media. Not only do they frequently post on TikTok, but they have their own YouTube channel Hangin’ with the Hamiltons and partnered with Ellen DeGeneres to host Game Night with the Hamiltons.

Even though Barnett seemingly had wedding day jitters, he and Amber were one of two couples that went through with getting married on the show.

Amber and Barnett are still happily together. The couple currently lives together in their apartment in South Carolina. They recently went to the Blue Ridge Mountains to celebrate their two-year anniversary and Barnett’s birthday. They have been keeping fans updated on their goofy antics on social media.

Giannina and Damian had a tumultuous relationship on the show. Giannina struggled at being vulnerable with Damian and frequently lashed out at him as a response.

When it came down to their wedding day, Damian told Giannina he couldn’t marry her and left her at the altar.

Upon returning for the reunion, the couple revealed they were back together. And they still are.

Damian made a sappy Instagram post showing his love for her. He wrote in the caption, “Love Is Blind! So incredibly lucky and blessed to have grown with you over these past two years! Thank you for doing life with me” 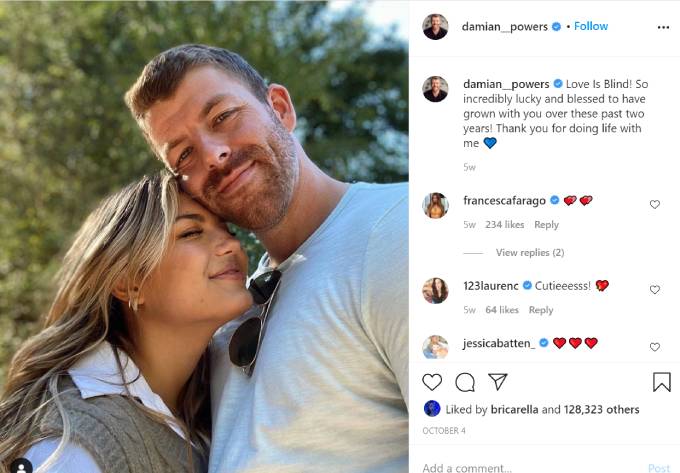 Jessica and Mark had a roller coaster-like relationship. Some days, they were all over each other. Other days, Jessica couldn’t stop thinking about what could have been with fellow contestant Barnett.

On their wedding day, Mark said “I do,” but Jessica couldn’t go through with the marriage.

Jessica and Mark are both in new relationships. Jessica not only moved on from Mark, but she moved to another city. Jessica now lives in L.A. where she enjoys life with her new boyfriend.

Mark recently announced that his girlfriend Aubrey Rainy is pregnant. She expects to give birth in April 2021.

Kelly and Kenny had a seemingly blissful relationship throughout the course of the show. However, as time went on, Kelly questioned whether she was really attracted to Kenny. When it came down to the wedding, Kelly decided to call off the engagement.

Kelly is still single and focused on her career as a mindset coach. In August, she made a social media post about feeling pressure to date and start a family. However, in the post, she stated that she feels that she’s exactly where she’s supposed to be in life. 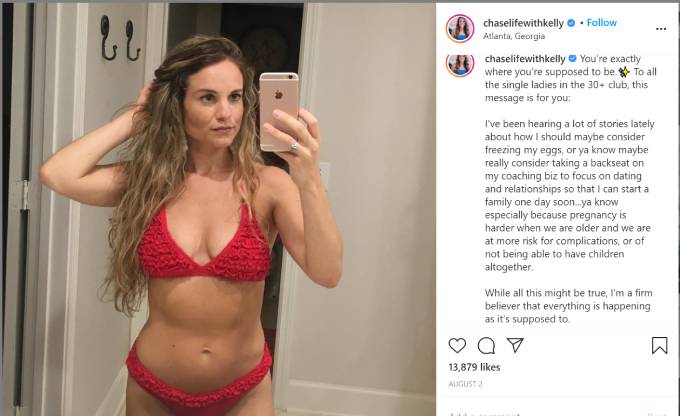 Kenny revealed at the reunion that he had already moved on and found a girlfriend named Alexandra. He announced in August that he proposed to her. 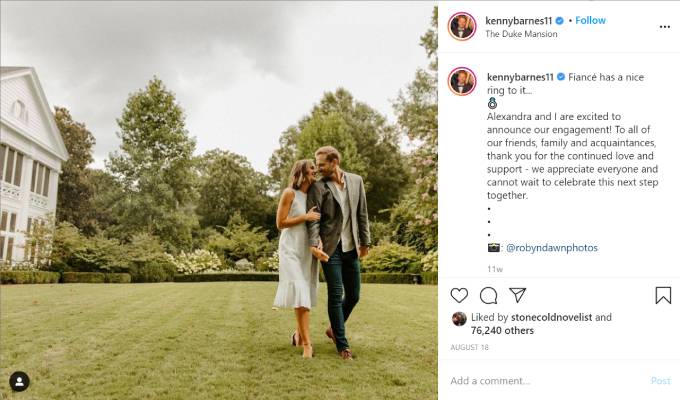 They got into a nasty fight and ended up leaving the show.

However, when they returned for the reunion, they appeared to be on better terms as friends.

Diamond is still single. She tried her hand at finding love again on Netflix’s speed dating event, Speed Dating with Netflix Stars. However, she is still thriving and working on her fitness.

Carlton is also still single. He has been living life large – even rubbing elbows with Real Housewives of Atlanta star Cynthia Bailey. He also attended her wedding. 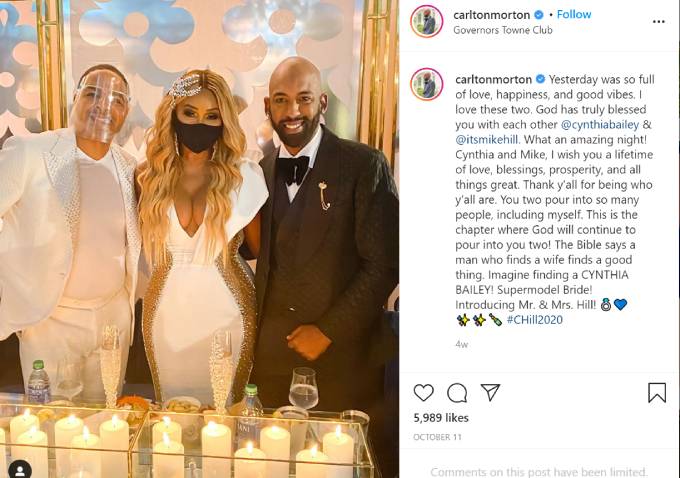 Love Is Blind is currently on hiatus at Netflix.