Love Island’s season 2 runner-ups Cely and Johnny had quite a roller-coaster experience in the villa. After coupling up early in the season, they appeared to be the ones to beat. But then Casa Amor happened, forcing the couple to face their biggest test in the villa as they navigated through choppy waters in the aftermath of Johnny’s eyebrow-raising extracurriculars with Mercades. It was the Casa Amor mishap that likely played a role in their second-place finish. Even though Cely, 24, and Johnny, 22, came up short to win the $100,000 grand prize (congrats Justine and Caleb!), the couple was in “incredible” spirits when ET’s Ash Crossan spoke with them over Zoom on Wednesday night following the season 2 finale.

“Literally on top of the world. I’m here now and I’m just like, ‘What just happened!,’ you know what I mean? It’s just wild. And I get to do it with this guy, so I’m very, very happy,” Cely gushed, with Johnny by her side.

“Looking back at that experience, so many things happened. Met so many people, so many people left, so many people stayed. Meeting her was certainly the best and falling in love was so unexpected and it happened, and I’m so appreciative of the chance that I got to have this experience with her being by my side this whole time,” Johnny said.

And though the season just ended, the couple isn’t wasting any time looking to their future. They’re already planning to relocate to be in the same city in a matter of weeks.

“I’m going to Sacramento. He’s going to Virginia for a while, but we’re both moving to L.A. very, very soon so we’ll be near each other,” Cely revealed, adding that she’s hoping that BFF Justine will be joining her as a roommate in the City of Angels.

'Love Island' Finale Clip: Justine & Caleb Reveal When They Knew They Were Falling for Each Other (Exclusive)

'Love Island' Finale Clip: Justine & Caleb Reveal When They Knew They Were Falling for Each Other (Exclusive)

“Soon, as in next week, two weeks from now,” Johnny shared. “We’re about to jump into this thing. We’re about to hit the ground running. This is exciting for both of us just being on the outside with each other. Moving to the same city, I feel like, is the best move for us just because we’re going to be close. We’re going to see each other. We’re so used to being around each other each and every second of the day. Being with each other is kind of what we want to do.”

Cely shared that they had long discussions about moving to be closer together while they were in the villa: “When we were in the villa, I was like, ‘How long do you think it’s going to take before we see each other after this?’ And I was so worried about his answer and he goes, ‘Oh, like a week!'” “I’m trying to see her ASAP,” Johnny confirmed. 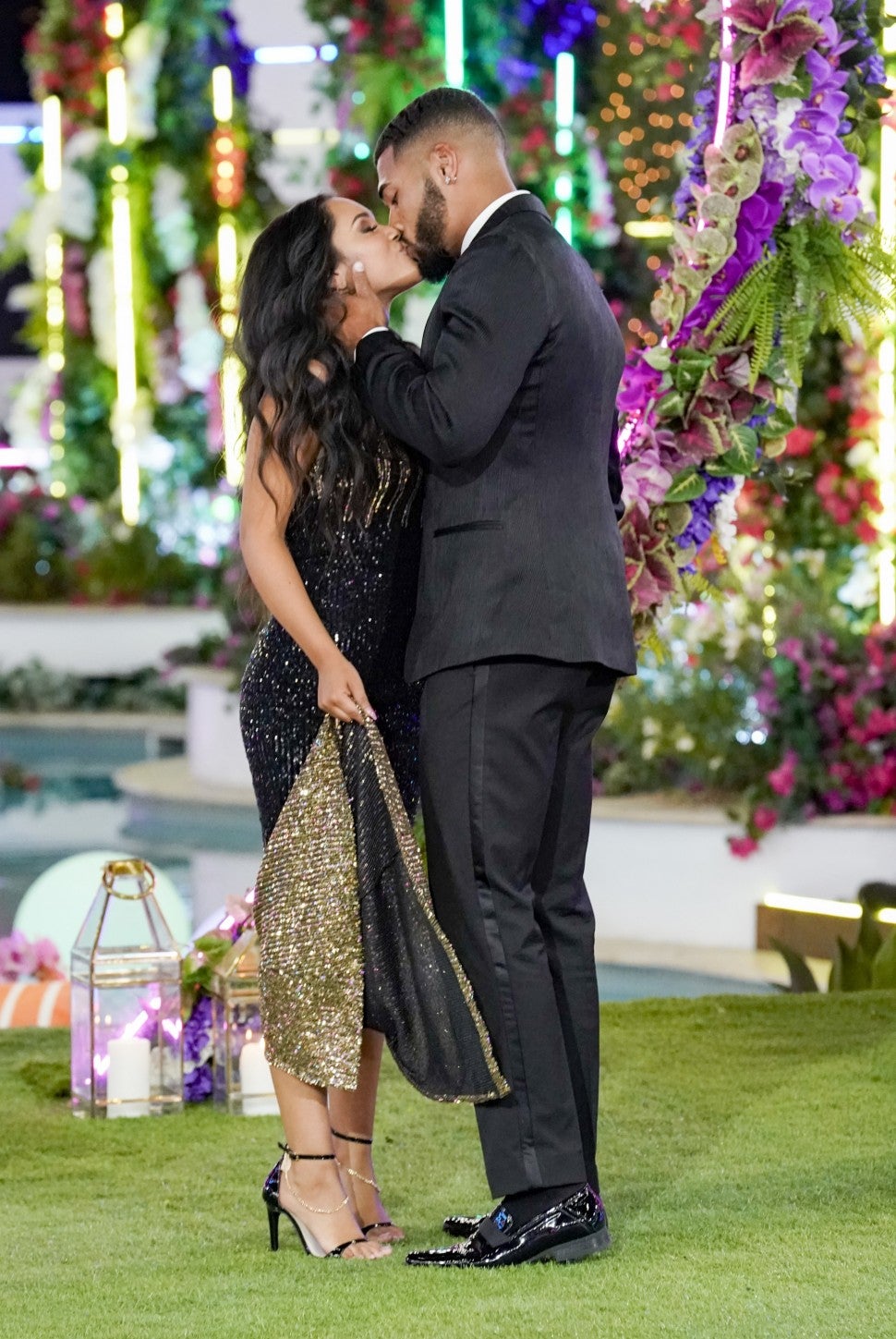 Of course, the topic of Casa Amor had to be brought up since Johnny’s actions affected the course of their relationship. During his time at Casa Amor, he got close with new islander Mercades, and the mutual attraction was there. They got hot and heavy in challenges, out of challenges and even in bed. Other islanders, such as Caleb and Carrington, even cautioned Johnny about the consequences he’d face if he took things a little too far. Ultimately, he chose to reunite with Cely at the villa, and though she forgave him, the aftermath of his decisions at Casa Amor permeated throughout the rest of the season.

“It was difficult because I was already moving past it, you know what I mean? I don’t even want to go there. So to have that resurface and see what it did to him, that was very difficult for me,” Cely said of Casa Amor being continuously brought up. “It sucks but it was definitely something that made us stronger and we have mastered the art of picking ourselves and pushing forward and I think it’s prepared us for absolutely anything.”

“I was probably the one getting the most crap for it because I’m the one that I did it,” Johnny acknowledged. “The whole time I was there, I tried to separate the fact that we were on a TV show and tried to be my genuine self. I did everything knowing I was going to be honest about it. Coming back to Cely, I told her the truth. I knew that in some way, shape or form, it was going to be brought up multiple times for us to rehash it. But me and her, we kind of handled it within the first couple of days the way we wanted to. But having an outside third party and continuously bring it up and try and provoke us and stir it up and still come out on the other side stronger, it’s very refreshing and reassuring for what we can handle on the outside because I know there’s going to be a lot of things thrown at us.”

“The reality is, that situation is in our past and we know that we’re going to continuously get things about it because that is the only flaw that anyone can point out in our relationship. And I don’t see it as necessarily a flaw, I think it was something that happens in the outside world and it made us stronger,” he continued.

“We can literally take on anything now. So I’m like, ‘Come for us, America! Try harder!'” Cely replied.

While their romance seemed as strong as ever in the first half of the season, Casa Amor changed many viewers’ perceptions of them as a couple. They hope that once they’re out of the Love Island bubble that the public can see that their connection is 100 percent real.

“I don’t really know what the viewers have seen but what me and Cely have is so real and so genuine,” Johnny said when asked about misconceptions people may have about them as a couple. “It’s a hard question for me to answer, just because that part that was shown in our relationship was two or three percent of what happened in the villa. We had 97 percent, at least for me, of just greatness. Every single day in there, if we weren’t talking about Casa Amor, was amazing. Waking up to going to sleep together, all the little jokes we had, all the little games we played, it’s incredible the time we had together. If that’s the focal point of our relationship, it’s kind of sad. I know people love drama and I know people love heartbreak but if that was the focal point and they didn’t get to see the real us, then that’s just a shame.”

“It sucks too because I would not back someone so much if they weren’t deserving of it,” Cely agreed. “Johnny really is such a stand-up guy. He is perfect. For that to have people question his character really, really sucks because he’s this amazing guy and I don’t want him to be viewed as Casa Amor. We are not Casa Amor. We are so much more than that. It just sucks that that had to be resurfaced and prolonged way longer than even we allowed it to be. I would not be so ride or die with someone if they weren’t deserving.” 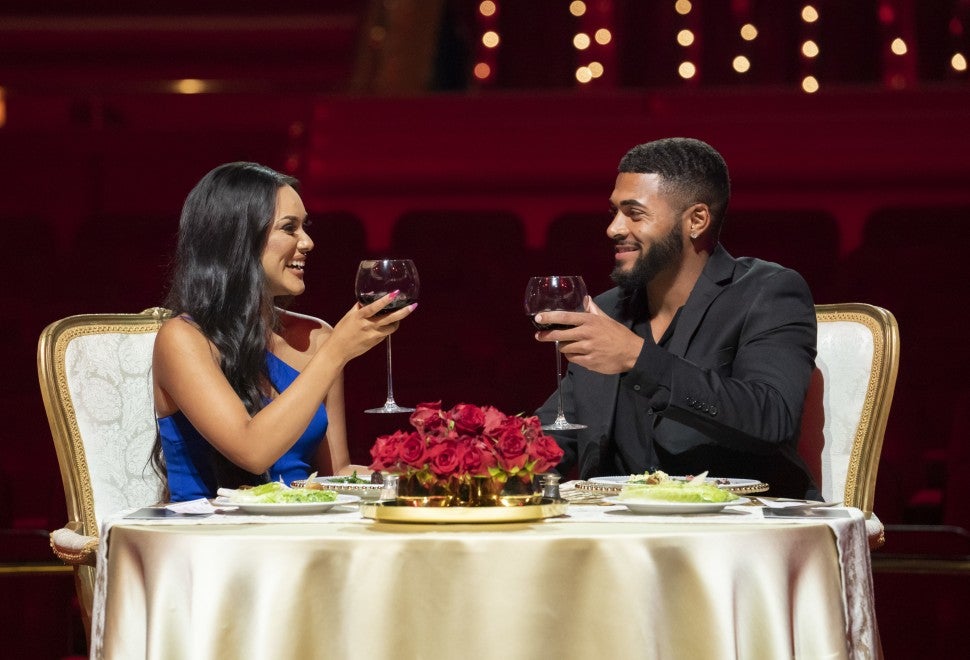 Though they went through a rough patch on Love Island, Cely wouldn’t change her experience in the villa for anything.

“Even though we didn’t have it the easiest, I would not change a single thing. Everything happened the way that it needed to and it only brought us stronger and closer together. It is the most amazing love story that I have ever had,” she said. “One important conversation that we had was that he was going to show me fairy-tale love stories exist and I was like, ‘Yeah, yeah, whatever,’ but he gave that to me. I would not change a single thing. It was the most amazing experience of my entire life.”

But Johnny had a different take, regretting his actions in Casa Amor and coming to terms with how big of a talking point it was during the season and still continues to be.

“The big focal point of our relationship being Casa Amor, although it did help us grow, although we are stronger for it today, I would go back and I would not even show that girl the time of day. Because the stress and the sleep that I lost over all that drama surrounding Casa Amor, it was not worth it to have to go through all that, to put her through all that,” he said. “Those couple kisses and cuddles were not worth all that. We gained a lot from it but I would save myself the time and save her the heartache, and go back and just not do that.”

As Love Island is an unconventional dating experience, both say they’ve learned a lot about themselves from spending a month in the Las Vegas villa.

“For me, learning how to be patient with people’s feelings, learning how to be understanding,” Johnny said. “Just to take criticism and use it as a way to see my flaws and change for the better, for her and for us. Be the man that she needs me to be.”

“I feel like I’m an expert at talking about feelings now. I think I’m going to talk about it all the time. That’s a huge thing for me. Before coming into this, it was definitely difficult for me to be vulnerable or tap into that side of me. Leaving, it’s all I want to do is talk about my feelings,” Cely added. “That is a huge, huge thing for me is that I can voice the way that I feel.”

But will they settle in and watch back their season down the line? The answer: Eventually.

“It’s going to take a while. I think I’m going to cringe so hard at myself but eventually I’ll get there. I’ll want to hit the highlights, like our dates, watch us do the handshake, the nail painting, all the really, really good moments I’ll want to watch right away but everything else I’ll be, ‘I don’t know if I can watch that,'” Cely admitted.

“I’m the same way… I want to watch the challenges, I want to watch the dates but I know that at one point, I started being portrayed as negative but every single day in the villa I was a positive guy,” Johnny said. “I was always trying to joke and be funny, and to think that I might not be portrayed that way because of all this negative energy surrounding Casa Amor, that’s kind of sucky for me so I don’t know if I want to watch all the way through immediately. The people who are close to me know the truth and that’s all that really matters, just kind of sucks that there’s that negative connotation behind us because there’s nothing negative here.”

The first two seasons of Love Island are streaming now on CBS All Access.