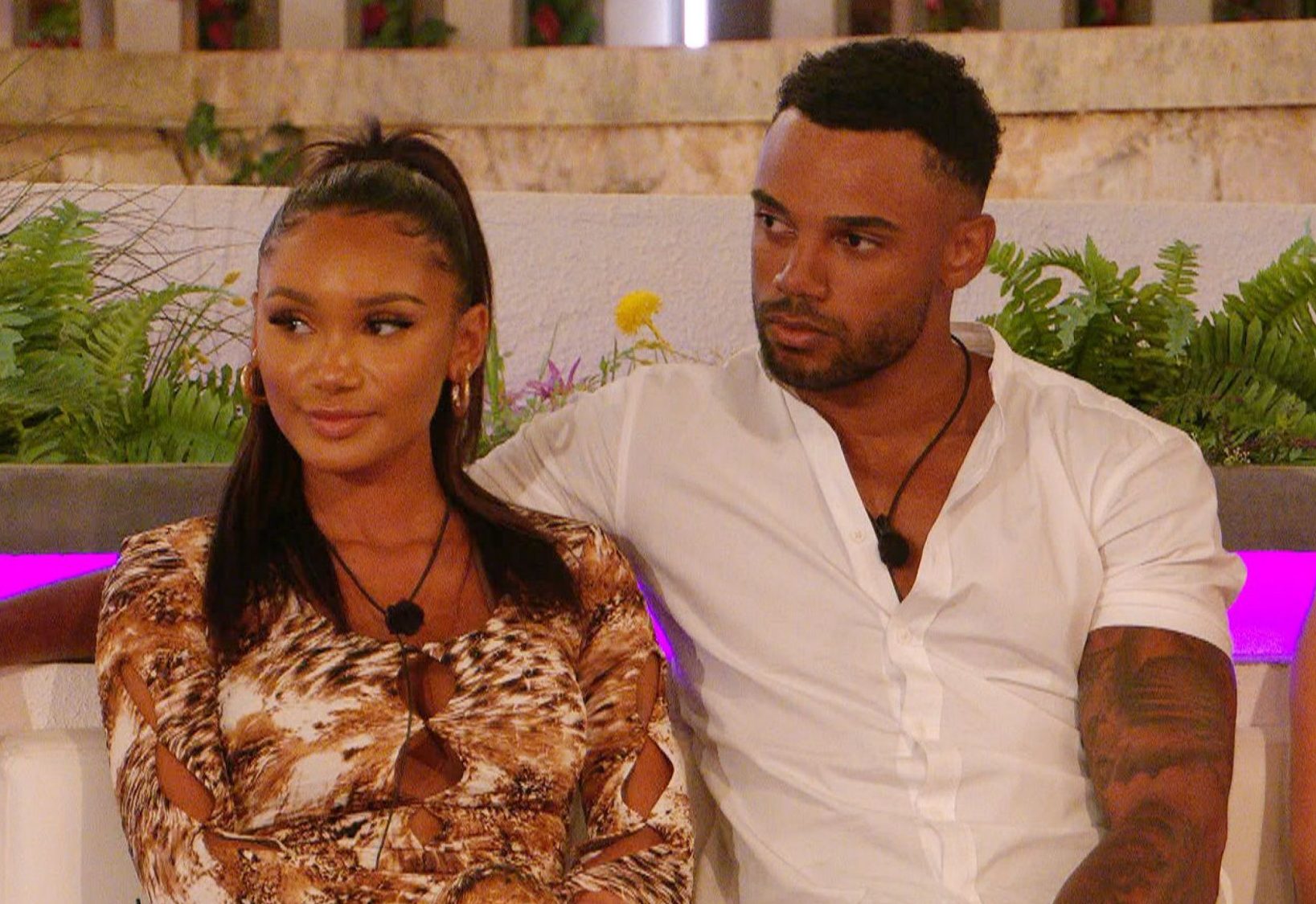 Dumped Love Island star Clarisse Juliette has assessed how her relationship unfolded with Tyler Cruickshank, saying that in her opinion, ‘he would have been with me’ in the real world.

When Tyler returned from Casa Amor with Clarisse on his arm, Kaz Kamwi – who had previously forged a romantic connection with Tyler – was taken aback.

While Kaz pursued a relationship with newcomer Matthew MacNabb, it was evident Tyler was still playing on her mind, and vice versa.

On tonight’s episode, Clarisse, Hugo Hammond, Amy Day and Sam Jackson were chosen by the other islanders to be dumped from the villa, while Tyler and Mary Bedford were saved.

Following her exit, Clarisse stressed that from her side, Tyler was ‘definitely’ the one who initiated things in Casa Amor, stating: ‘He said he was putting Kaz in a box and it’s away. He just kept saying he wanted to share a bed with me.’

When asked what she thinks of Tyler now, she replied: ‘In the real world and without even trying to sound petty or anything, I know that he would have been with me. I can see how comfortable he was with me, it was just natural. I feel like he is a bit fake. I am a bit disappointed in him really.’

Despite her belief that she and Tyler would make a good pair in the real world, it doesn’t look like a dinner date would be on the cards if he asked.

Answering whether she would be interested in seeing Tyler if he asked to see her, Clarisse said: ‘I can’t imagine seeing him, no. I didn’t say bye to him. There’s nothing he can say to me really.’

What’s more, Clarisse added that if she had the chance to do her time on Love Island again, she ‘definitely’ wouldn’t have gone for Tyler.

‘I definitely wouldn’t have been with Tyler and only because he’s not really honest. He’s not true to himself in my opinion,’ she said.

Following Clarisse’s exit, it seems more certain that a reconciliation could be on the way for Kaz and Tyler.

However, after the chaotic movie night, who knows which couples will remain together and which will go their separate ways?

A preview for tomorrow night’s episode showed Faye Winter and Teddy Soares locking horns, with Faye screaming at her partner for something viewers are yet to witness.

This is going to be brutal.

Love Island returns tomorrow at 9pm on ITV2 and is available to watch on ITV Hub.