AFTER finding fame on Love Island three years ago, Zara McDermott has started to carve out a successful career as a TV presenter. 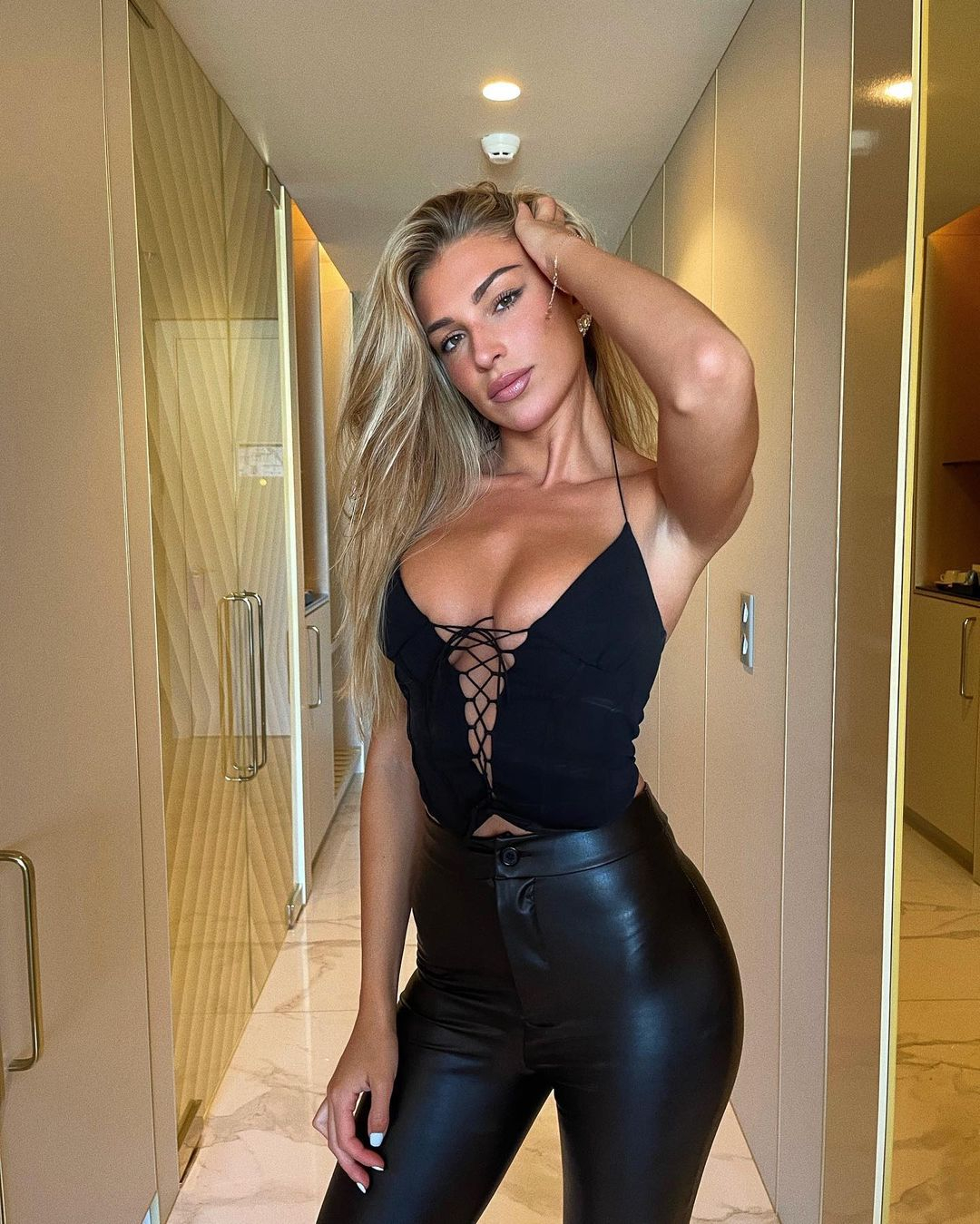 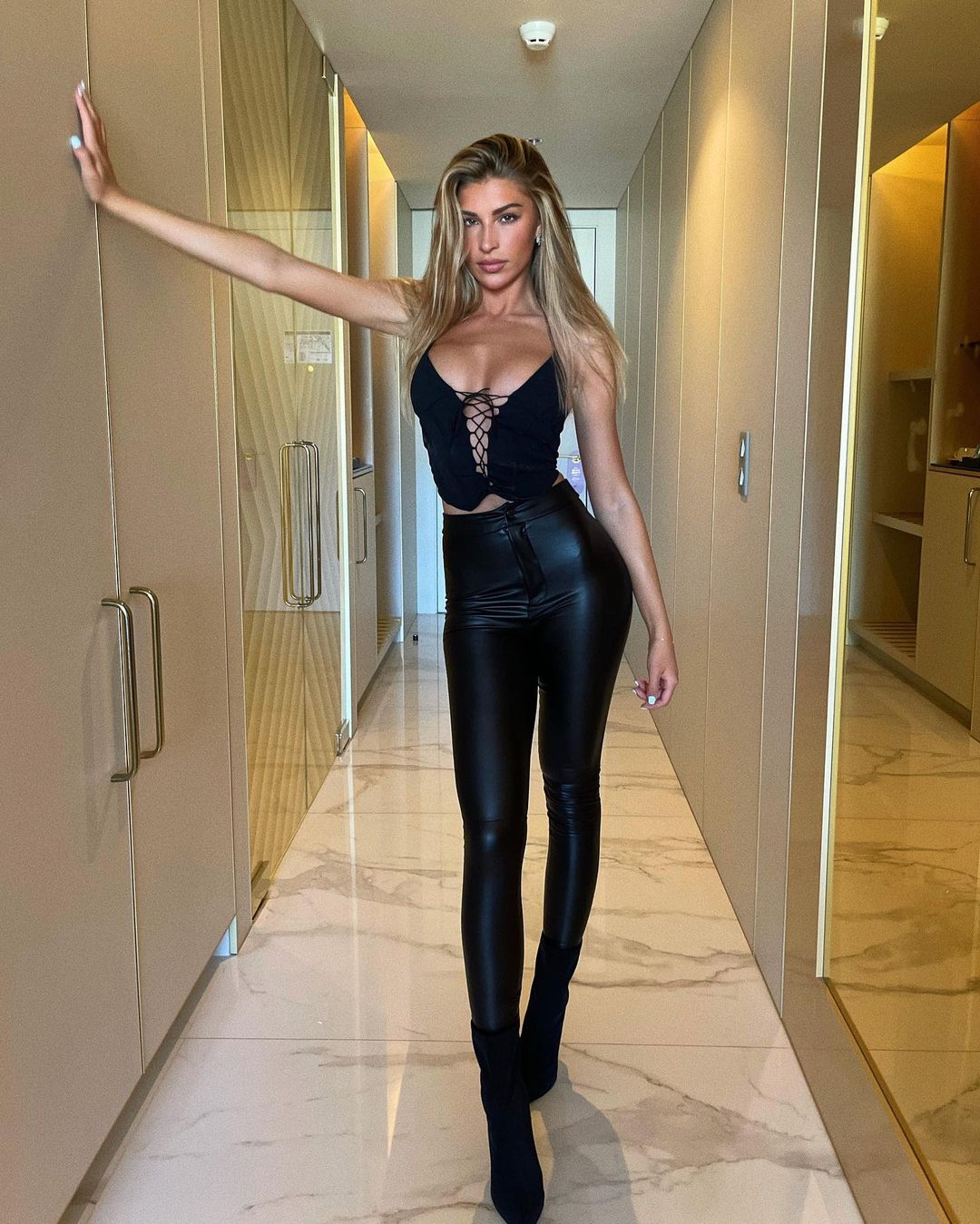 The BBC Three dating show is expected to start filming later this summer with the reality star as host.

A source said: “Zara is quickly becoming a real BBC darling, and following the success of her documentary earlier this year, she was approached for Love In The Flesh.

“It will be Zara’s first time presenting a big show, but bosses think she is more than ready for it. And because of her Love Island past, Zara knows all too well what it can be like finding love on screen.

“Love In The Flesh follows couples who have met one another during the pandemic via a dating app.

“The show will put pairings who only ever talked online or over the phone into a real-life date.

“It will all be filmed abroad and will have a Love Island vibe about it in that the surroundings will be really glamorous and romantic.

“Zara was thrilled when she was offered the chance to take part. The travel restrictions mean the dates for filming are still a bit up in the air, but it is hoped production can start later this year.”

As well as Love In The Flesh, it was announced earlier this year that Zara would head up a new investigative documentary series called Sexism In Schools.

It will see Zara speaking to young women about their experiences and will shine a light on those pushing for change.

I can see a very bright future ahead on the box for Zara — one that is thoroughly deserved.

EAMONN Holmes and Ruth Langford did a double take on yesterday’s This Morning.

The duo were presented with Wallace and Gromit-style models of themselves to mark the return of the Big Feastival at Blur star Alex James' Cotswolds farm. 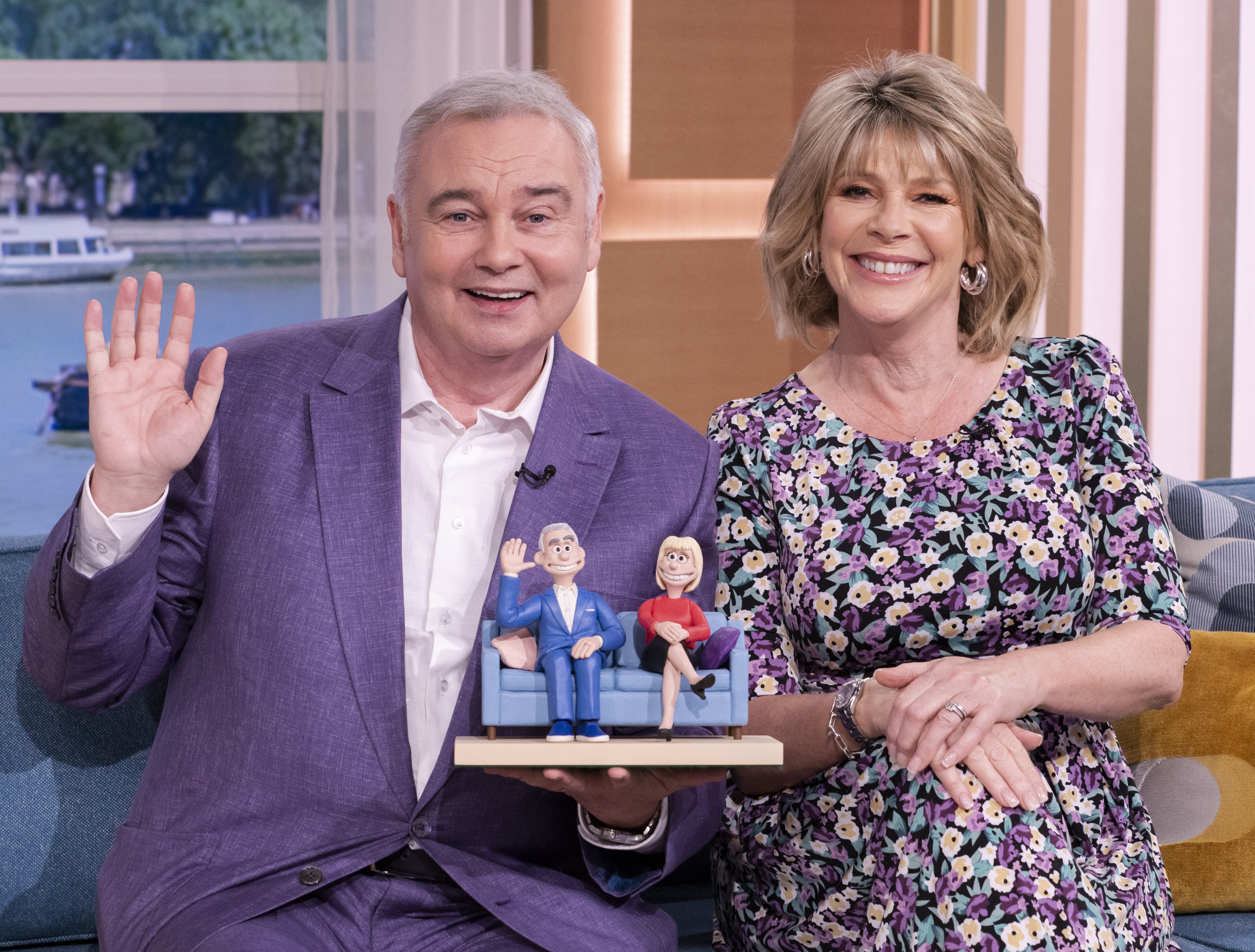 Aardman Animations will be part of the bash so Alex organised the Eamonn and Ruth mini-mes.

Holly and Phil will be SO jealous.

JOE WICKS has confessed he gets fed up with being The Body Coach and sometimes feels like he wants to quit.

The nation’s PE teacher, speaking on his podcast to Russell Brand, admits he now has some days when he wants to throw his phone into the sea and jack it all in.

Despite the fact his daily workouts motivated the nation during last year’s lockdown and earned him an MBE, he says he needs to meditate to reset himself.

Joe said: “It’s a habit that I need to get into but I know it’s going to bring me a lot of peace and calm and that is something I need.

“I’m very content, I’m very cool but I also burn out and I have weeks where I want to throw my phone in the sea and never look at it again. And I don’t want to be The Body Coach.

“I have a couple of days off and I come back and I’m ready to be that motivator, and be inspiring and help people. I think the technology draws me in so much and the audience, the community, it gives me energy, but it also drains me emotionally, so it’s trying to get that balance right.”

CORRIE actor Qasim Akhtar is heading back to the cobbles next month three years after leaving the role of Zeedan Nazir.

Qasim, whose character is Yasmeen Nazir’s grandson, said: “I’m excited to be back and getting stuck into an explosive storyline viewers are going to love.”

DIANA IS BACK IN FASHION

PRINCESS DIANA was a pioneer for social media influencers, according to a new documentary.

The programme will look at how today’s online whizz kids have learned from the late style icon’s effect on fashion. 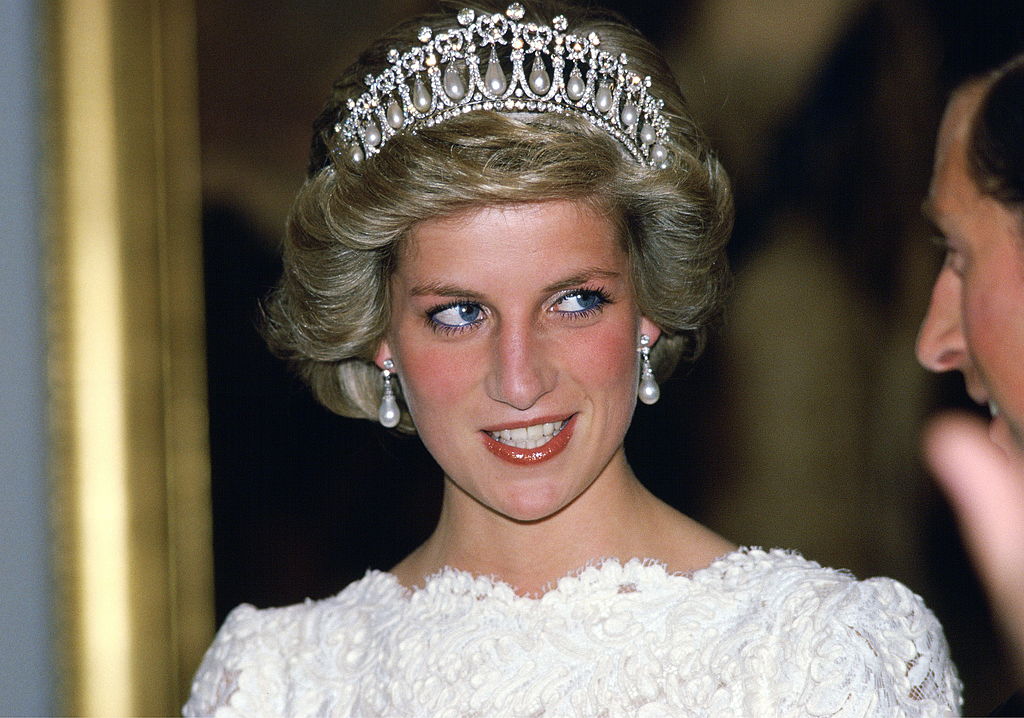 Channel 4 bosses have commissioned the 60-minute show, which has the working title Diana: The Ultimate Influencer.

It is being made by Finestripe Productions, which created Davina McCall’s Sex, Myths And The Menopause and The Day Will And Kate Got Married, which looked at the Cambridges’ royal wedding.

The Diana doc, which will screen later this year, also looks at how influencers have made her relevant again.

PAUL TO TAKE THE NEXT EXIT

YOU can see Paul Merton tonight on Channel 5 touring the UK in a motorhome with his wife Suki Webster.

But catch him on Have I Got News For You while you can, because the funnyman already has an exit plan from the BBC1 panel show.

Paul, who has been team captain opposite Ian Hislop since the current affairs favourite started in 1990, said: “I’ll keep going until Ian wins a series – but he never has done so I’m probably gonna do it for a while. I did once say the show was ‘stuck in a rut’ but that was 1993 and I took a series off.

"I thought it was getting a bit overconfident and lazy.” Paul isn’t lazy in Motorhoming with Merton & Webster, which starts at 8pm.

The husband and wife go across the country showcasing Britain’s hidden delights. Maybe he could do a follow-up with Ian when HIGNFY ends. 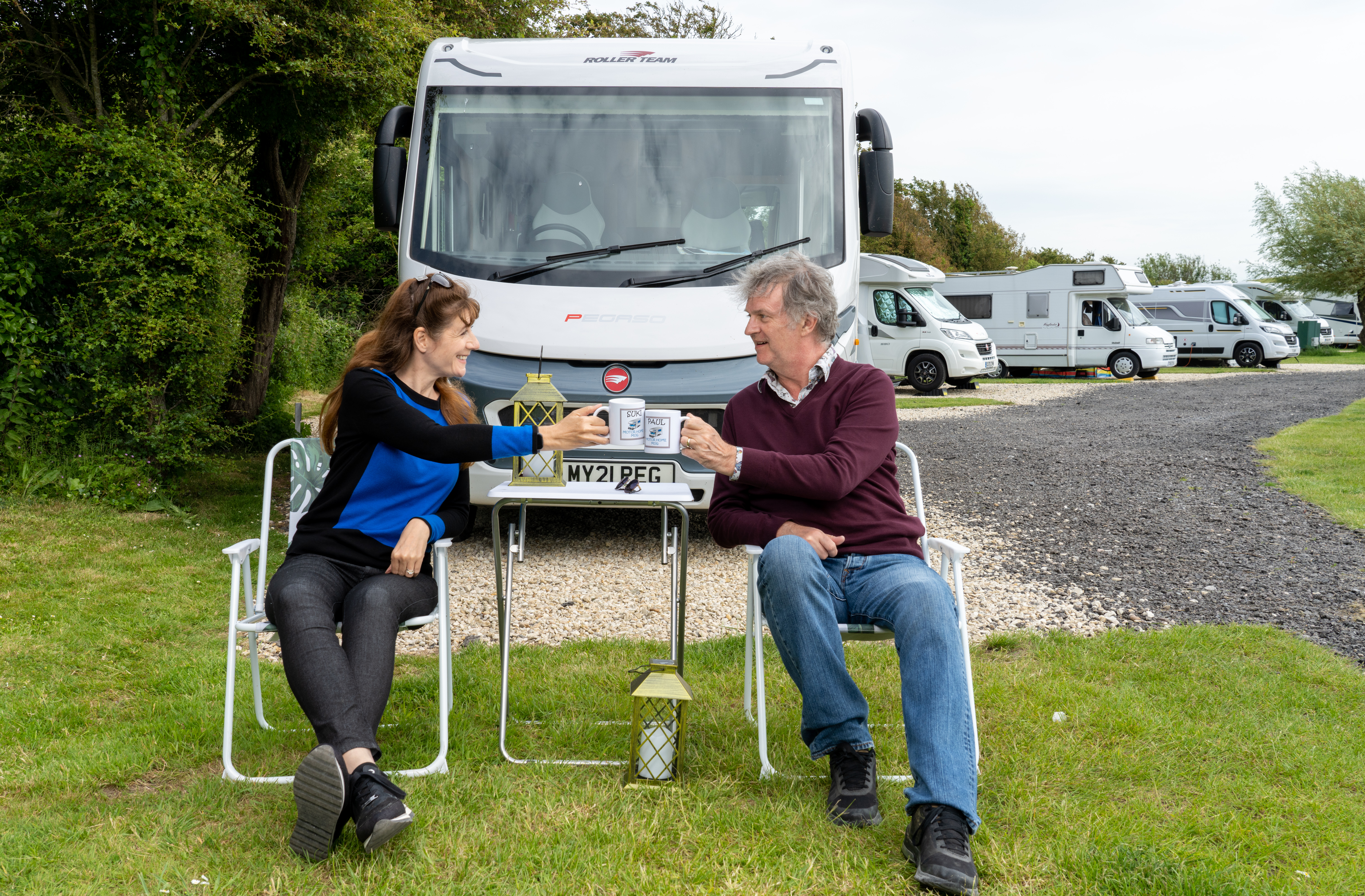 MODEL Christine McGuinness has revealed she hasn’t spoken to her three children about their autism yet.

The wife of TV star Paddy, was discussing the subject on ITV’s This Morning yesterday. Christine said: “They don’t feel any different – I don’t want them to feel that way just yet.”