Saturday’s episode of Alan Carr’s Epic Gameshow saw the comedian host a reboot of Bullseye where he invited celebrities Chris Kamara, David Seaman and Angela Griffin to test their darts skills. At the beginning of the ITV programme, as he introduced the regular contestants, he asked them to share some information about themselves. However, things soon took a turn when he found out one of the player’s nicknames, which led him to take a swipe at the Duchess of Sussex.

“Welcome to Celebrity Bullseye,” Alan began. “For the first time we have teamed up three famous faces with professional darts players to fight it out for an incredible £30,000 for their chosen charity.

“I’m here, the bull is here and when it’s a celebrity’s turn to throw the darts, St John’s Ambulance will be here.

“I love the introduction of celebs. We have taken the humble game of darts and sprinkled it with glitz and glamour.

“It’s like a Greggs sausage and bean melt wrapped up in a feather boa.” 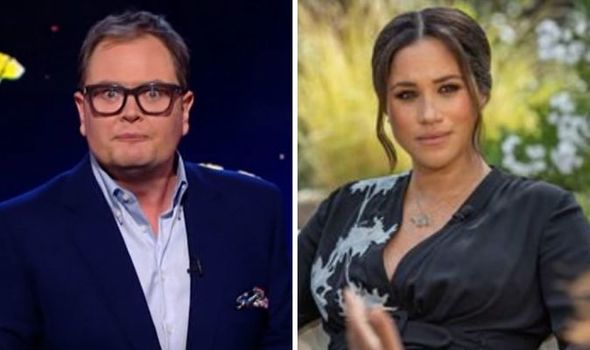 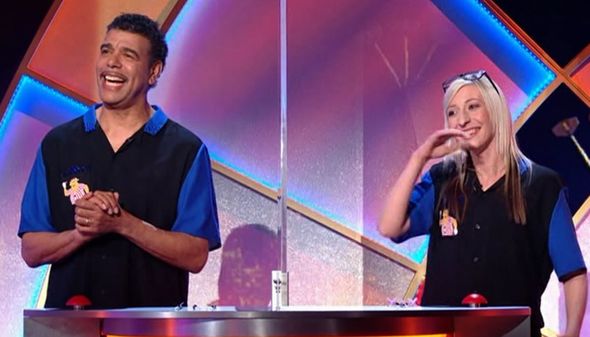 Greeting the contestants to the show, Alan continued: “Welcome to Bullseye everyone.”

“Now, every darts player has a nickname, what’s yours?” he went on to ask Kammy.

To which he replied: “Kammy-Kazi.”

“I like that, that’s good,” Alan told him. “Now, I’ve done all my research like a good boy. I’ve heard both your Christmas albums, Kammy.” 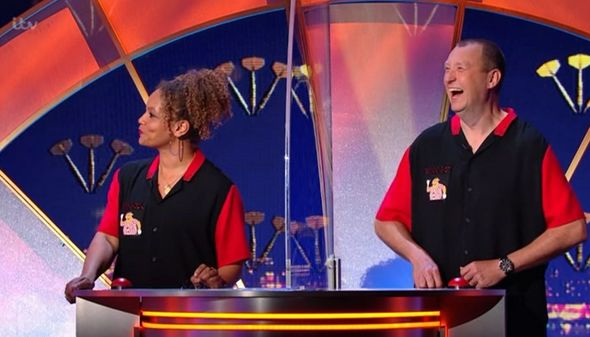 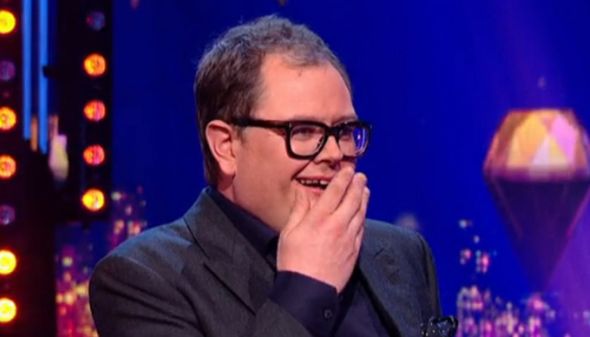 Turning to Kammy’s teammate and professional darts player, Fallon Sherlock, he said: “Welcome Fallon, so you were the first female darts player to win a match at the World Championship.

“As a pro you must have a nickname, what is your nickname?”

“Queen of the Palace,” Fallon answered.

In Alan’s reply, he couldn’t help but take a swipe at Meghan Markle as he teased: “I think that’s the nickname Meghan had her heart set on.

“And look how that turned out.”

Alan’s joke sparked laughter between the contestants, although, Fallon awkwardly looked towards the ground as she failed to respond.

Another awkward moment that took place throughout the programme, was when David Seaman was asked to name the person in an image of Kate Middleton – although it had a snap of Alan’s face over the top of hers to disguise who it was.

“It’s Kate,” David said as Alan asked: “Does she have a second name, this royal?”