SHE has been unlucky in love — but MEL B is hoping to change that by going on E4’s Celebs Go Dating.

The singer will appear alongside Hollyoaks and I’m A Celebrity Get Me Out Of Here hunk Malique Thompson-Dwyer and Amy Hart who had her heart broken by ­Curtis Pritchard on Love Island during the summer. 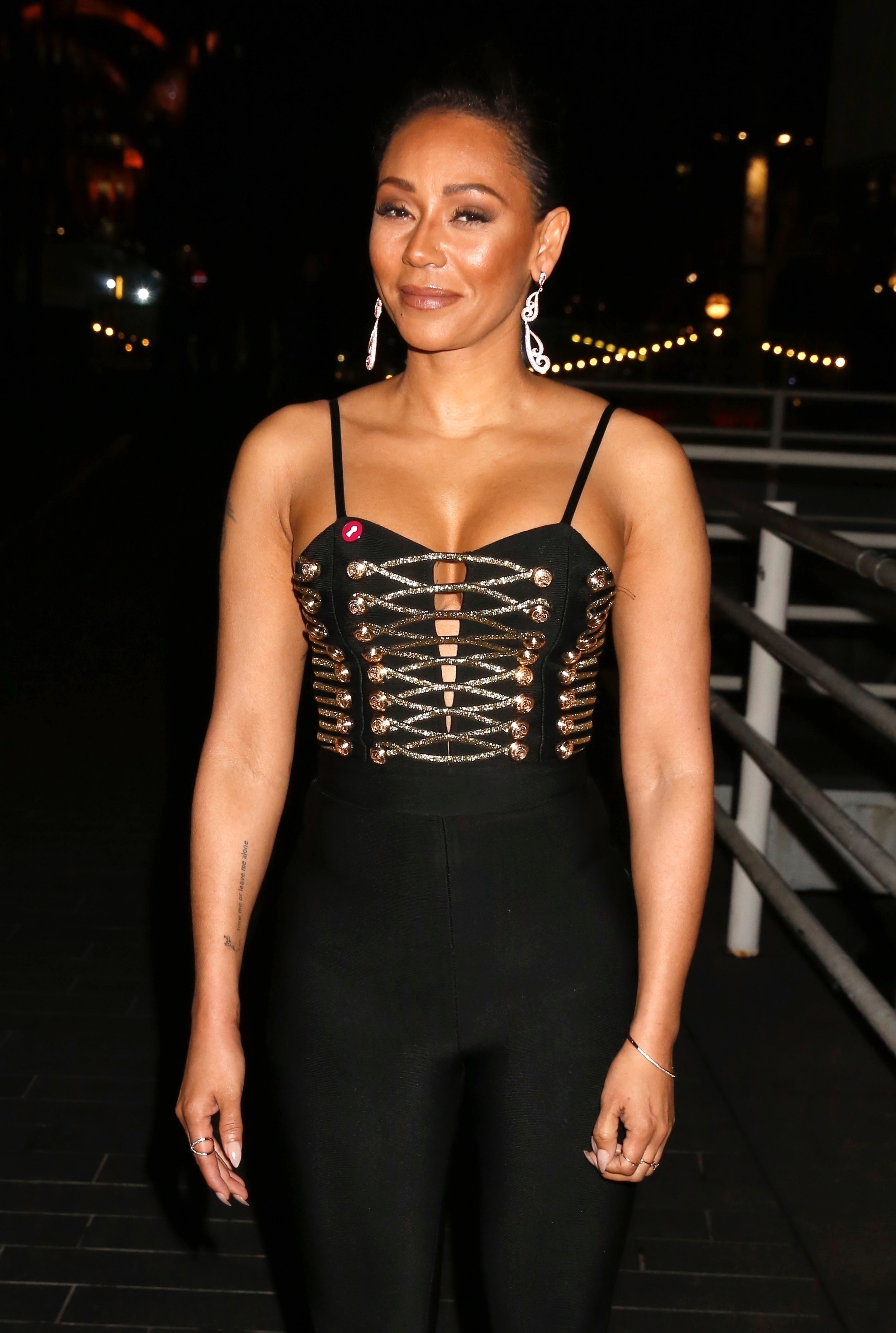 A source said: “It would be a real coup for the show to land Scary Spice and she would be a huge ratings draw, especially because she has a larger-than-life personality and is open to dating both men and women.

“Mel is up for trying new things at the moment, especially since her profile has been raised again after the Spice Girls’ summer tour.”

The move comes after the mum-of-three filed for divorce from Stephen Belafonte in early 2017 and had a secret fling with X ­Factor winner James Arthur.

Meanwhile, Mel hit out at Tesco and demanded its boss Dave Lewis call her. She was furious after the supermarket used her face on a new Clubcard advert in bus stops. 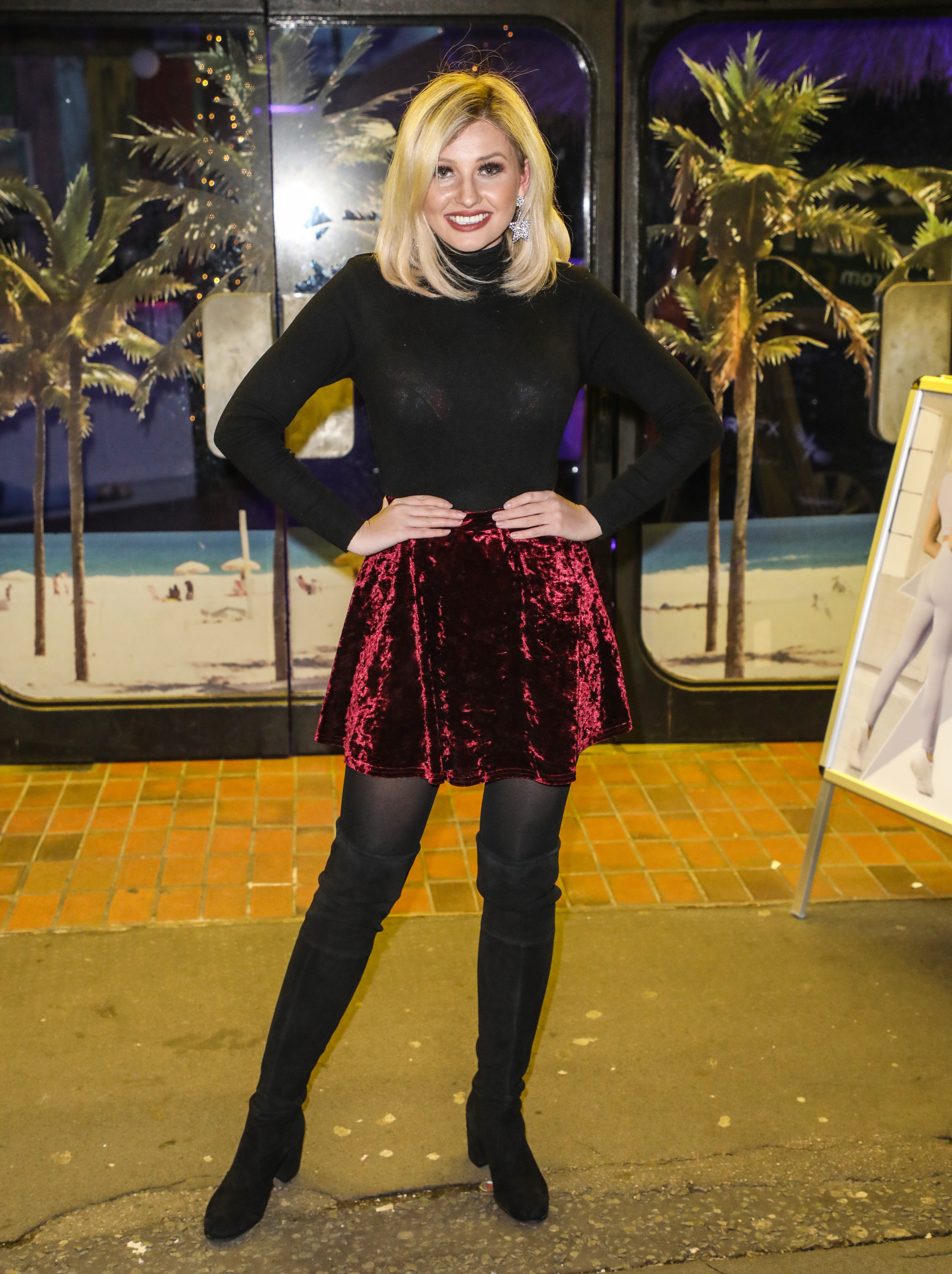 A Tesco spokeswoman said: “We are really big fans of Mel B and were excited to ­feature her photo in our campaign. We had authorisation to use this image. We’re sorry Mel B is unhappy and so we have stopped using it.”

Strictly picks for the tour

JUST days ahead of the show’s Blackpool weekend, Strictly bosses have announced which celebs will take part in the arena tour next year. 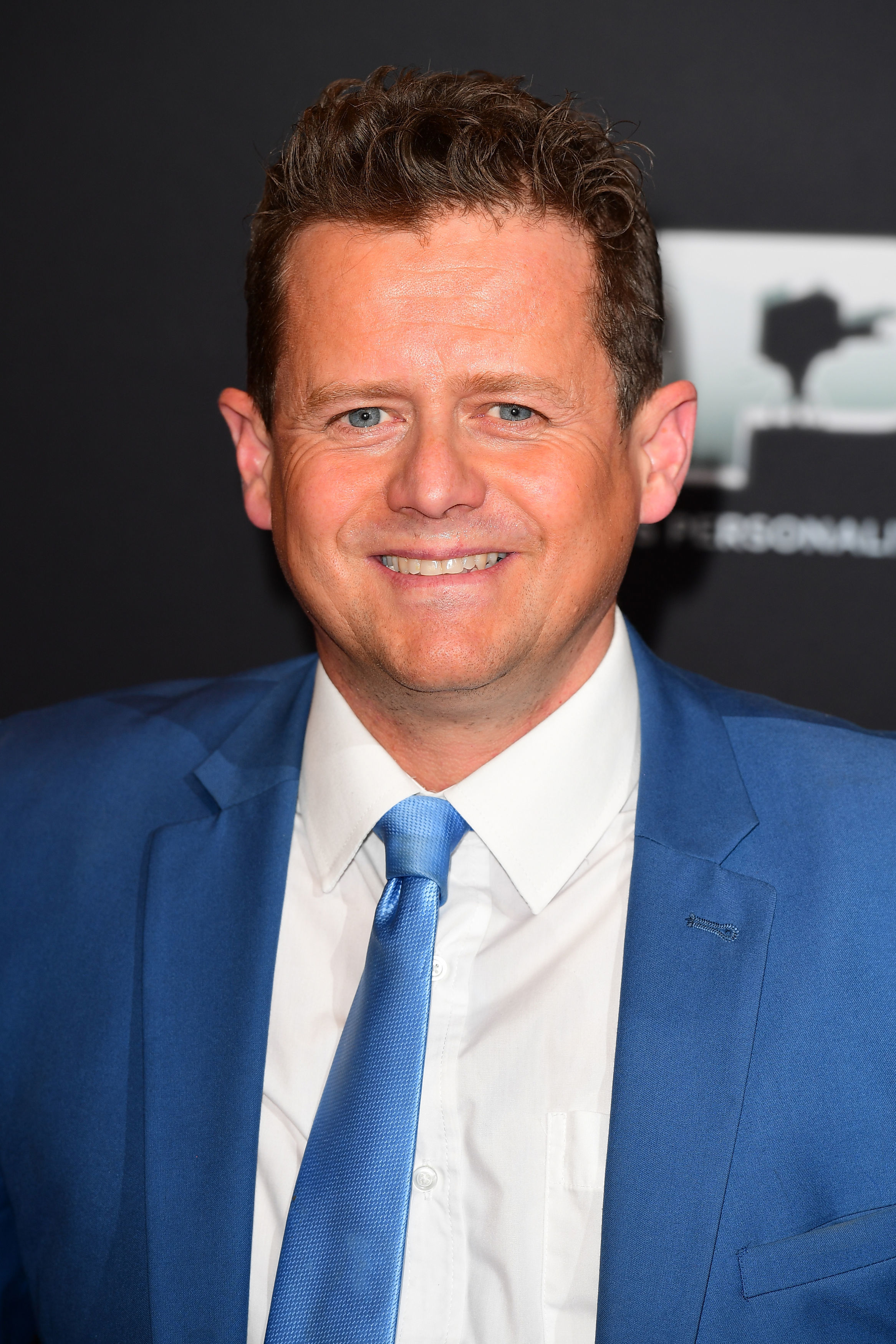 Despite being kicked out of the competition, Catherine Tyldesley and Mike Bushell both have a spot, alongside existing contestants Emma Barton, Karim Zeroual, Kevin Fletcher and Saffron Barker.

Meanwhile, reigning champ Stacey Dooley has landed a role as the new tour host, which is good news for her relationship with pro dancer Kevin Clifton as the couple will be able to tour together.

Shirley Ballas, Craig Revel Horwood and Bruno Tonioli will also return as judges for the tour, which kicks off in January.

Alex said: “Strictly’s been a once-in-a-lifetime opportunity and I’m thrilled I’ll get to dance for everyone who has voted for me on the TV series.”

DANCING On Ice star Caprice has men all worked out. She said: “You feed them, give them compliments and give them sex every now and then and you’re good as gold. It doesn’t even have to be good sex. They’ll be happy.”

HE’S one of TV’s busiest men – and now Jeremy Vine will also host another quiz show. 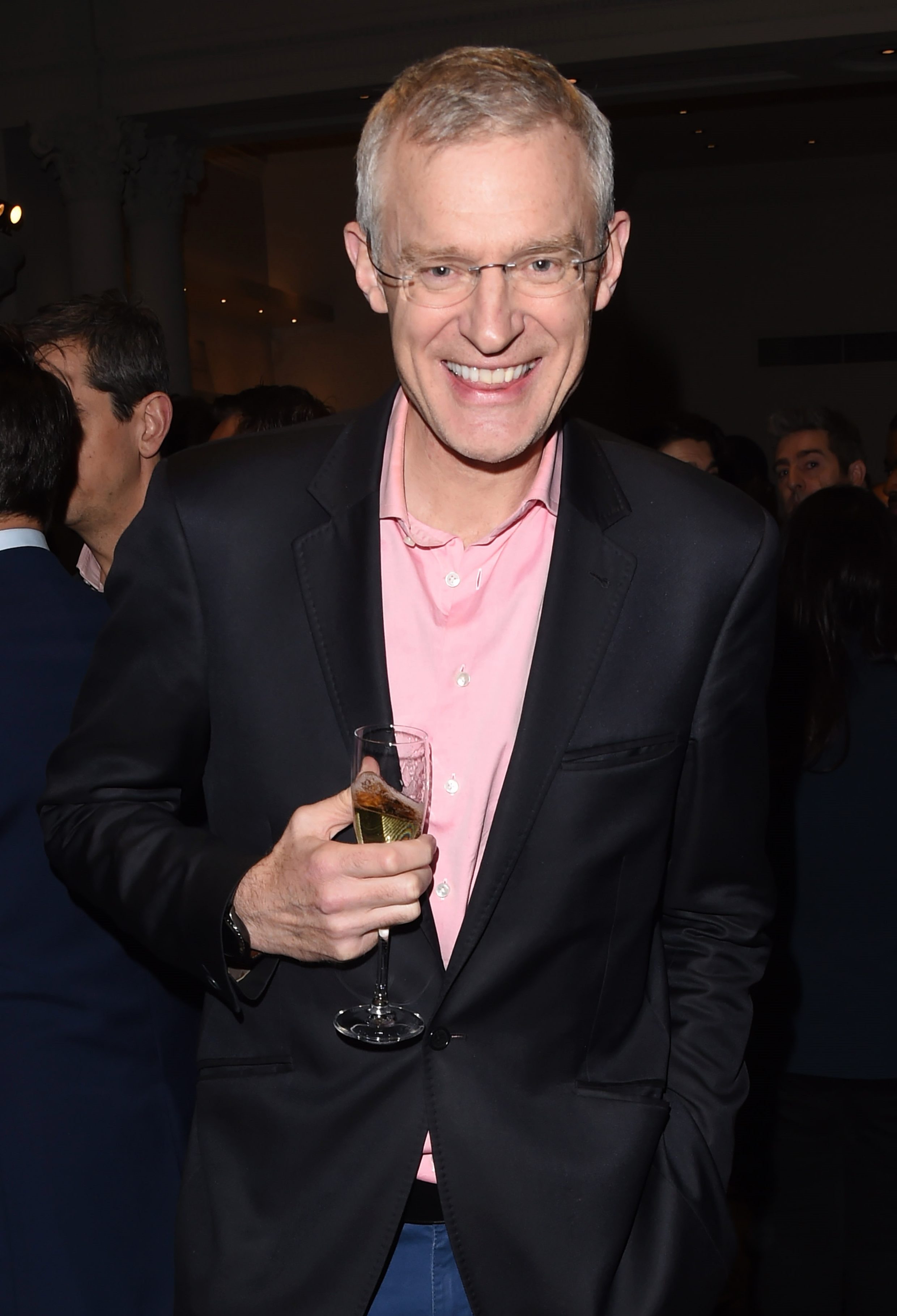 The Eggheads presenter will front Quizmaster – a 90-minute Christmas special on ITV pitting winners of Who Wants To Be A Millionaire? Mastermind and other shows against each other.

Jeremy, who has a Channel 5 chat show and an afternoon slot on Radio 2, said: “You could have cut the tension in the studio with a knife.”

It definitely sounds like one viewers can play at home too.

AFTER causing fireworks on Towie Olivia Attwood has revealed that she is in talks with ITV to do her own reality series. 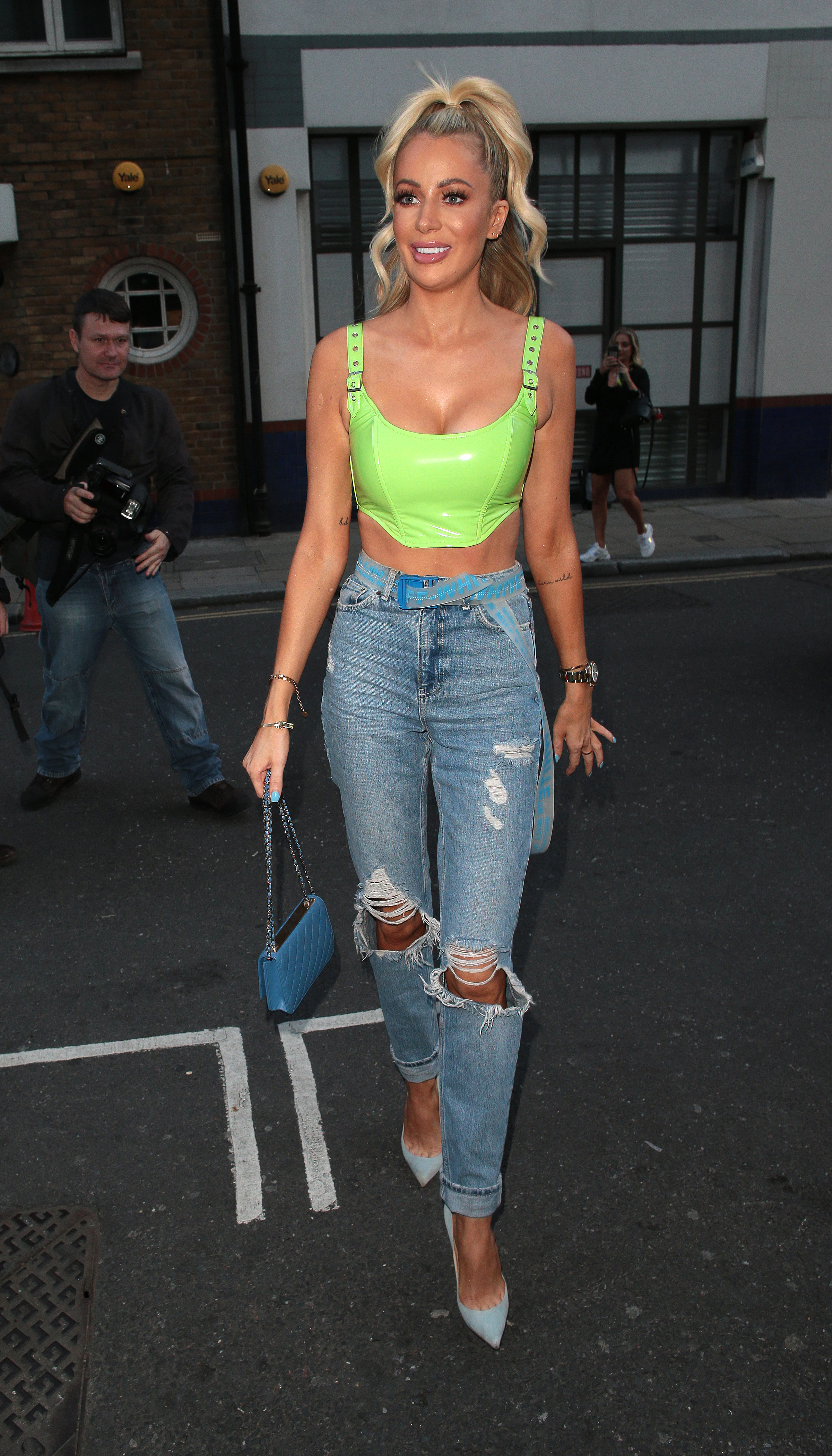 The Love Islander, who dated Chris Hughes before getting engaged to footballer Bradley Dack, has proved to be reality telly gold by speaking her mind on screen and off.

She said: “I can confirm I am in talks and it is early days, but things are looking promising.  Right now I am very happy on Towie. I’m loving being on the show, I have made some great friends and don’t want to leave.

“The dream is to stay on Towie and film my own show in between, so fingers crossed that will happen.  It would be very narcissistic for me to say Towie needed me or I’m TV gold but I do feel like I’ve been a good addition to the show.

“Every show needs new blood from time to time and I do think I make good TV. It’s been an eventful first series for me.”

A telly source said: “Olivia is such a live-wire she makes perfect reality telly material. As well as being liked by viewers she isn’t afraid to fly off the handle and say how she really feels.”

WHAT? Ben Fogle: New Lives in the Wild, Channel 5 , 9pm.
WHY? The presenter meets an inventor who has built a unique house on a remote island off Panama where his children are home-schooled.