The I’m A Celebrity… Get Me Out of Here! celebrities settled down to get to know one another a little more this evening and conversation turned to Sir Mo Farah CBE and his iconic achievements. BBC Radio 1 DJ Jordan North wanted to know what the Olympic athlete’s proudest achievement was and while many of the other famous faces had witnessed the moment, Jordan explained he was busy that day.

Mo explained winning the London 2012 was a life highlight for him.

And Vernon Kay spoke about this further in the Telegraph: “Having Mo in camp is a real focus for all our attention, he’s achieved so much, so when he talks, everyone listens.”

Scenes then saw him ask Mo if he had a picture of his winning moments and Mo revealed he had been given some turf from lane one which he ran on and had framed.

Beverley Callard also discussed her fellow campmate: “I think the thing is with Mo, if you don’t particularly follow running, everyone wants to watch him race.

“Mo has that special something, he has a beautiful aura around him.” 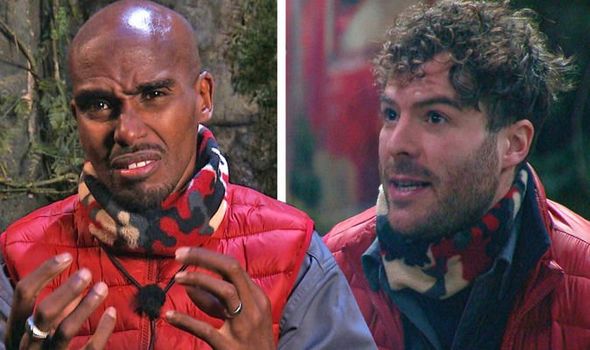 While everyone appreciated Mo’s success, Jordan had a confession to make; he said he had watched every moment of the 2012 Olympics but on Super Saturday he had other plans.

“2012 was the best Olympics, it bought country together,” Jordan remarked. “Me and my mate had watched all the Olympics games for a week, 12 hours a day. But on Saturday he suggested we put a movie on.

“I want to say the film was No Vacancy – worst film I’ve ever watched and pizza was horrible.

“We turned it off and realised we missed the whole of Super Saturday!

He turned to Mo and added: “When I saw you yesterday, I thought ‘I’ve got to tell him’. 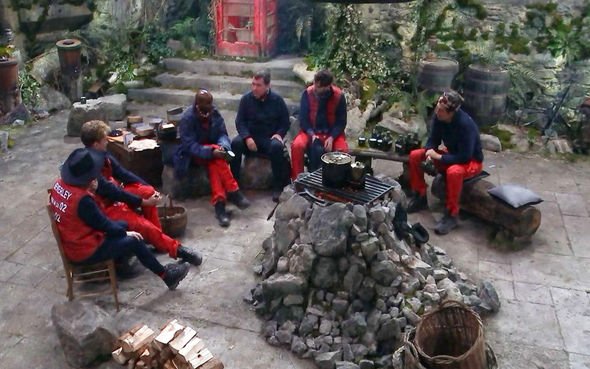 “One of my biggest regrets ever – can’t believe I missed it.”

Vernon found this remark highly amusing and said in the Telegraph later that day: “Jordan confessing to Mo Farah that he missed Super Saturday was hilarious.

“He didn’t miss it because of a wedding or something like that, he missed it because him and his mates got boozed up and watched a cheap DVD!”

While Mo was eager to take part in his first Bushtucker Trial, it was the turn of Jordan and Shane tonight. 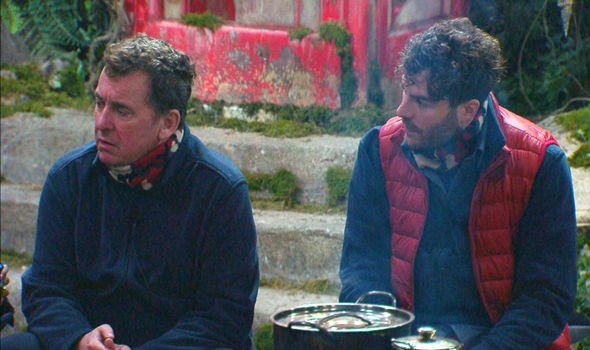 “This is my biggest fear, I’d rather do cliffs than this,” Jordan explained when they discussed what Viper Vault could be.

And it seems his fellow campmates had noticed his nerves.

Giovanna Fletcher said in the Telegraph: “Poor Jordan, he’s so full of fear but I’m glad he’s not on his own, he has Shane.”

Victoria Derbyshire also added: “He was sick before the abseil…he did it, and I just think he’ll do this as well.”

The rest of the celebrities had faith in the EastEnders star and the DJ as they said goodbye for the challenge.

Joining Ant and Dec at the Bushtucker Trial opening, Ant asked why they thought they had been voted to do the task by the public.

Shane joked: “I’ve got a big family in Ireland, they’ll have emptied the account and I think Coronation Street fans.”

Dec smiled and turned to Jordan: “Do you not think it has anything to do with puking up on the top of a cliff?”

I’m A Celebrity… Get Me Out of Here! airs every night at 9pm on ITV.