Monique Samuels Quits 'Real Housewives of Potomac': 'I'm Over It'

“When you cross certain lines there’s no going back” 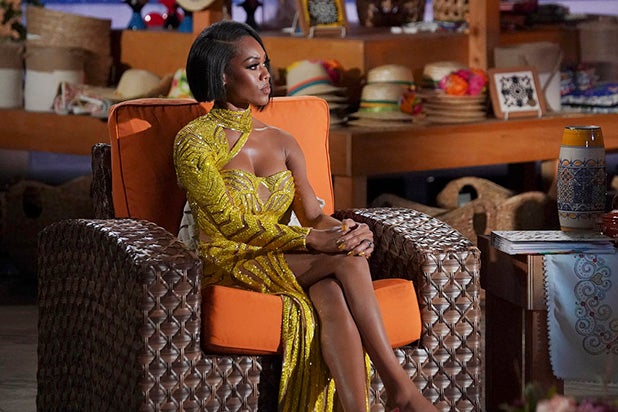 “Real Housewives of Potomac” star Monique Samuels has revealed that she has no intention of returning to the Bravo reality series after her contentious appearance on the most recent season.

“It was a crazy ride. It’s not easy doing reality TV, and to be quite honest, I’m over it,” Samuels said during an Instagram Live on Sunday night. “When you cross certain lines there’s no going back. And for me, my family is that line. The opinion of my family and my kids and what they think about anything that I do is more valuable than anybody’s opinion, so I’m over it.”

Samuels has been a full-time cast member on “Potomac” since its second season in 2017. The show’s fifth season, which just concluded with the last episode of the three-part reunion on Sunday night, saw Samuels clash with co-star Candiace Dillard, culminating in a physical altercation.

In the wake of the incident last year, Samuels and Dillard filed dueling police reports against one another, with both parties facing second-degree assault charges. The case was ultimately dismissed by the Montgomery County State’s Attorney.

“When the hate becomes real, I’m over it,” Samuels said during her Instagram Live on Sunday. “If my kids were to get older and say they watched everything and they watched the show and they watched all of these different things behind the scenes, what response can I give them? What would satisfy that?”

“I wanted to represent real Black love and show people something outside of what the stereotype has been on TV,” she continued. “Unfortunately, this season, I played right into that stereotype.”

Whether or not Samuels would return for another season had been the subject of much speculation among fans of the show, especially after Dillard publicly refused film with Samuels again in the future. A spokesperson for the show did not immediately return TheWrap’s request for comment.