Monty Don was welcomed onto BBC Breakfast by hosts Naga Munchetty and Charlie Stayt to discuss the recent series of Gardeners’ World. The BBC Two show attracts a global audience but the writer revealed there is still one aspect of the viewership that he would like to see change and that’s getting a younger audience more engaged.

The BBC’s long-running TV series saw some of its highest ratings in a decade during lockdown.

Since 2011, the show has been largely filmed in Monty’s garden, Longmeadow which comprises of four main spaces – the Jewel Garden, the Cottage Garden, the Paradise Garden and a vegetable garden.

Despite the show’s success, Monty revealed he longed for a younger audience to become Gardeners’ World’s driving force.

Naga asked: “What’s on your wish list Monty in terms of covering the programme which you haven’t done yet?” 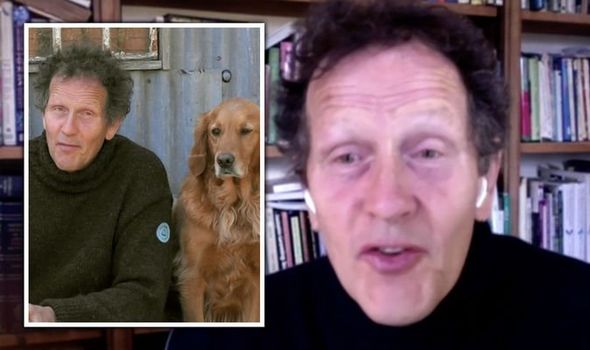 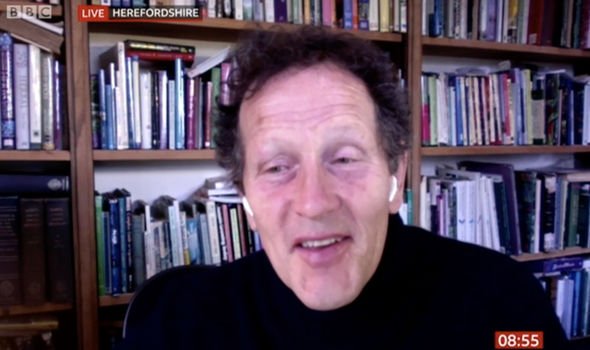 “Well the programme’s changing and evolving – which is great, it’s good,” he replied.

“We are connecting much more to viewers gardens and viewers are sending us in films and they will certainly be a fixture.

“But I suppose the really big thing for me is to get younger people – not just engaged but actually to be driving things, to be part of the mainstream of what we’re about.”

“And by younger, I don’t mean children, I mean people between the age of 25 to 40 because traditionally that’s when you garden least because you’re so busy!” 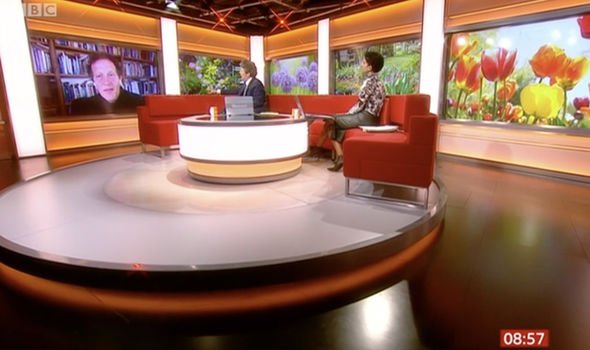 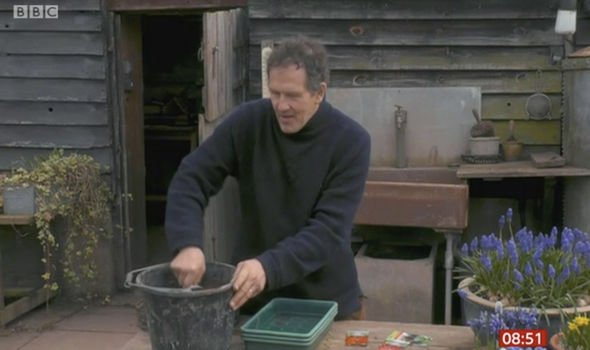 “You don’t have time or any to garden in anything other than a superficial way,” Monty continued.

“And I think that’s a real shame because that enthusiasm and the energy and the drive and the connection to bigger issues; climate change, the environment, pollution, plastics, how we look after this planet, is coming from that generation.

“So whatever I can do to engage them more, ‘Look this is for you, it’s not about me and people my age, we’re here to help you and guide you and then you take over and you do it.’”

He said: “Now I’ve had a lot of questions about beans and the right time to sow and should they be sowing french beans now and is it too late for broad beans? So I’ve done a rundown of beans.

“I’ve got some broad beans leftover which I sowed last autumn that I haven’t planted out.

“But the key to board beans is to grow them in cool weather in the first half of the year however french beans are completely different these like heat,” he explained.

“The biggest mistake people make with french beans whether they are climbing or dwarf is they sow them too early.”

“I don’t sow any direct until the end of May or well into June and they will grow fast and you can be harvesting them in 40 days.

“What we eat are the pods and we call them green beans, french beans but essentially they’re immature beans.”

Gardeners’ World continues on BBC Two on Friday at 9pm.