On November 14, when media outlets announced Joe Biden as the next President of the United States, his video team was ready to pounce. At 11:52 a.m., less than 15 minutes after the last cable network made its call, Biden’s social channels unleashed a nearly two-minute montage of Ray Charles singing “America the Beautiful,” with poetic images of diverse Americans across the country, many of whom grasped golden picture frames. That motif was an extension of work by visual artist Lorraine O’Grady, who endorsed the project well ahead of Election Day.

“We finished it one week before the election and we had decided to position it as a video that we’d run after we won,” said Andrew Gauthier, the video director for the Biden campaign, “understanding that there was a chance we wouldn’t be able to run it.”

It was worth the risk. The video, which has garnered over 68 million views across platforms, marked the culmination of a breathless digital strategy that evolved under an intense and bruising campaign season. Marred by the practical challenges of the pandemic and the divisive rhetoric of the competition, the election presented daunting challenges to even the most seasoned campaign vets. By its end, however, the Biden campaign told IndieWire that it racked up over 1.6 billion views for original videos posted to its social platforms since the start of the year.

In contrast to more traditional campaign ads broadcast on national television (which were produced by a separate team), the digital work adopted an ambitious cinematic quality designed to reflect the holistic outlook of the Biden campaign. In assembling videos that captured a wide range of Americans, Gauthier said, the team was inspired by the intimacy of Richard Linklater’s “Boyhood” as well as Barry Jenkins’ “Moonlight” for its ability to magnify the lyricism of small moments and marginalized people.

“Barry Jenkins is able to present beauty in this way that’s really profound,” Gauthier said. “Great art takes something that’s everyday and presents it in such a way that when you look at it, you realize you haven’t been recognizing how beautiful it is. Jenkins’ work is about finding that beauty in reality and representing people from a bunch of different experiences.”

Gauthier was also keen on Terrence Malick, whose use of natural light and expansive outdoor scenery often cropped up in the ecstatic highs of various Biden videos. The ethos of Malick’s filmography may be the closest filmic embodiment of Biden himself. “There is a spiritual element to his work and a desire to represent lived experiences,” Gauthier said.

Heading into the 2020 election, Trump seemed to have the edge in the social media game. Rather than fixating on the potential for drawn-out Twitter showdowns with the opposition, the Biden videos provided a sunnier alternative. The antidote to anxiety is action, but the antidote to doomscrolling was Joementum: Virtually every moving image that emerged on the Biden feed emphasized a multitude of American voices, most of whom radiated positivity.

“We wanted to remind Americans of the goodness that does exist in this country, to give people a sense of hope,” Gauthier said. “It wasn’t just about defeating the current and soon-to-be-former president. It was also about making people feel a sense of excitement and investment in voting for a campaign.” 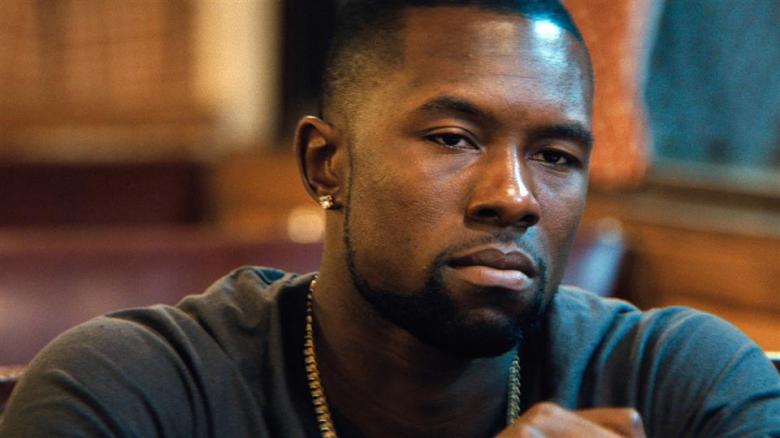 The videos fell into a handful of categories. Some were straightforward celebrity endorsement videos in which figures like Dwayne Johnson and Jennifer Lopez interacted with Biden and Vice President-elect Kamala Harris over videoconference calls, but the team saw some of its biggest successes with “reaction” videos, where interview subjects ranging from young voters to teachers and Republicans watched Trump or Biden and shared their thoughts.

Other posts included “socially distant” conversations with Biden in conversation with Barack Obama and other colleagues, as well as inspiring montages tackling substantial issues at the center of the campaign, from climate change to gay rights and Biden’s senate record. When it came time to repudiate Trump, they often went the cheeky route, outsourcing to playful voices like Mark Hamill.

“The video operation was able to do everything from 15 frames to 15 minutes,” Gauthier said. He credited campaign director Jen O’Malley Dillon and digital director Rod Flaherty for allowing room for experimentation, as well as the occasional encouragement from Biden himself. “We were able to try out a lot of different things as long as they represented the campaign effectively and resonated with viewers.”

Gauthier followed a circuitous route to the Biden campaign. After running video at BuzzFeed for seven years, he moved from Los Angeles to Baltimore to head up the video efforts for Harris’ own presidential campaign. When she dropped out in December 2019, Gauthier went freelance until the Biden campaign opportunity opened up in 2020. He intended to move to Philadelphia in May, but the pandemic led him to stay put and his staff became a national work-from-home affair. 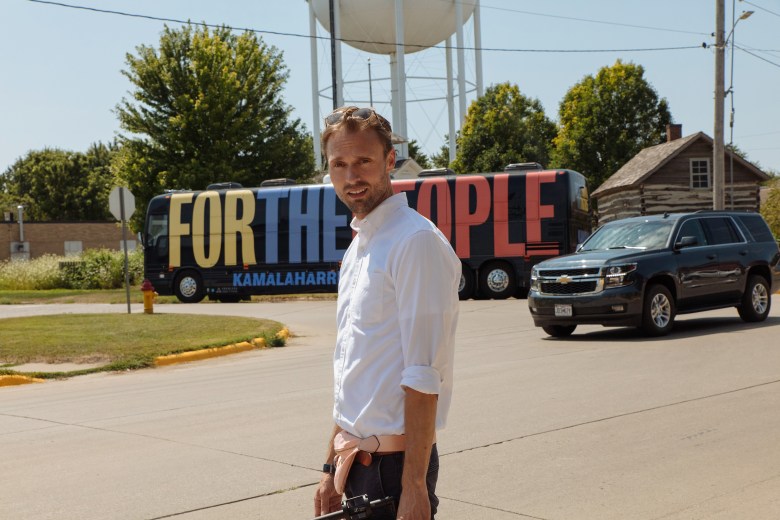 The digital team blossomed from five people in May to 10 in August and 45 in September. Editors, producers, and videographers worked everywhere from Brooklyn to Florida and Texas. Many were political novices. “COVID presented an opportunity in that usually, if you’re working on a campaign, you have to move to a battleground state or headquarters somewhere,” Gauthier said. “We were able to hire folks on the video team who didn’t have campaign experience and that wasn’t necessarily their career. We also had people in battleground states all over the country. That made it stronger because it wasn’t a centralized team trying to cover experiences all over the country.”

Their production process often turned to crowdsourcing, with staffers gathering snippets of encounters around the country to compensate for the absence of large-scale campaign events. “A campaign is classically focused on how to bring the candidate to the people,” Gauthier said. “That takes the form of flying them all over the country and doing speeches, all these different communities and states, buying a bunch of air time on local TV. I felt that our opportunity with digital video was to really bring the people to the candidate.”

That helped to address Biden’s inability to work the scene. “He’s really great in one-on-one conversations,” Gauthier said. “The opportunity that social video presents is reminiscent of the intimacy of a one-on-one conversation that happens between a candidate and someone at a rope-line at an event. There’s just an immediacy to programming on mobile. You’re able to connect with folks in a more personal, intimate way. It felt like an extension of the Biden brand of politics.”

Of course, the platforms themselves don’t always favor civil debate. Gauthier said the team had to develop a strategy to work around the most obvious social media bait rather than leaning into provocation.

“It would be easy for any campaign to fall into the Trump trap and focus a lot on him, partially because social platforms have favored content that features him,” Gauthier said. “Platforms like Facebook, as they’ve shifted their algorithm more towards…” He trailed off. “I’m pausing to make sure I say this right,” he said, and laughed. “Facebook has favored a sense of engagement that actually isn’t what many people would consider healthy. They’re just looking to keep users transfixed and addicted to the platform so I feel like they have been, over the past several years, surfacing things that divide people so that people go down these endless holes.” 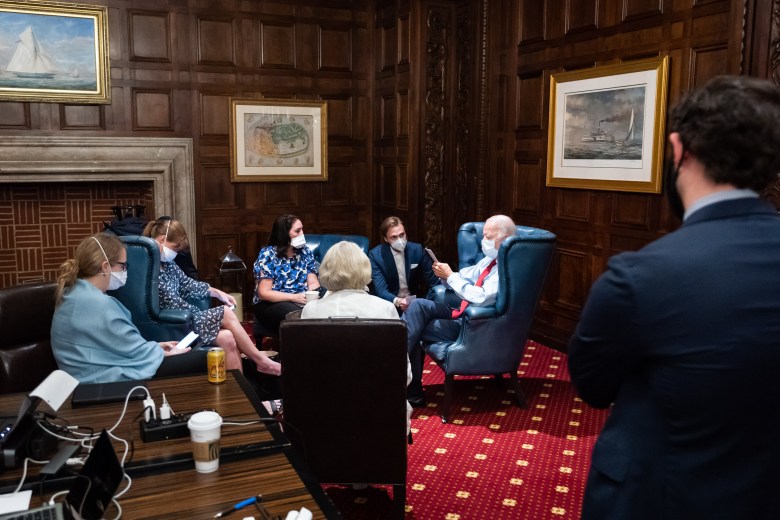 The solution arrived in an aesthetic of avoidance. “It was not only about resisting constant focus on Trump,” Gauthier said. “It was about resisting the pull of what social platforms were prioritizing — division and controversy has certainly done better on social platforms than unity and optimism and hope — so we were really trying to create stuff that made people feel seen and enabled them express themselves.”

These efforts benefited from a Democratic Party flush with cash. Over 13 million people donated to ActBlue by the end of October, with most donations in the $35 range. The organization raised $1.5 billion between July and September alone. That was when Gauthier’s team scaled up. “In a way, a campaign is a publicly supported media entity,” he said. “If you are created content within a publicly supported environment, that enables you to do things that you would maybe shy away from if you were operating in an advertising-supported environment.”

The confidence projected by the campaign didn’t always put viewers traumatized by the surprise of 2016 at ease, but the video team had minimal plans if Biden lost. “America the Beautiful” might not have scored its triumphant online premiere, but the “thank you” video posted shortly afterward would have worked either way.

Fortunately, “America the Beautiful” became the capstone of the campaign, validating the most extensive production in the weeks leading up to its release. Gauthier hired more than 20 videographers around the country, and primarily people of color. “We really wanted to empower local artists to film things that they felt were representative of their communities,” he said. “Once we were connected to them, we just asked them to submit some folks who inspired them in their communities.” The campaign kept direction to a minimum. “There’s a difference when you’re empowering people to represent their own experiences, as opposed to going in and filming the experience but not being able to represent it in an authentic way,” he said.

As the Biden Administration takes shape, it has yet to hire a multimedia team. Gauthier remains uncertain about his own plan; his team has posted a public document listing many staffers now looking for work. He was unequivocal about the key lesson that came out of the campaign’s digital successes.

“2020 has been this sort of culmination of a decade-long development of reality coming almost entirely through screens,” he said. “What you see on that screen when you wake up and check your phone in the morning is having an impact on the way you see the world. I think we all have a responsibility to make stuff for people’s screens that educates them, challenges them, and enriches the way they see themselves and the world.”