A lot of people, when asked what they would do differently if they could go back in time, insist “I wouldn’t change a thing.”

In 1993, a 16-year-old boy going by that name enrolled in a Scottish secondary school called Bearsden Academy, located in a tony suburb of Glasgow. He claimed to have grown up in Canada, the son of a peripatetic opera singer who had been killed in an auto accident. His academic gifts dazzled, even if his social skills didn’t impress so much. With his precocious intellect, Lee appeared well on his way to achieving his stated goal of getting into medical school.

'Call My Agent!' Star Represents In U.S. Theaters With French Comedy 'My Donkey, My Lover & I' – Specialty Preview

“One of the most incredible stories of the last 30 years,” McLeod says. And he should know. He was a student at Bearsden back when Lee showed up out of the blue.

“He looked older than us, that’s for sure,” McLeod remembers, but says he and his fellow students weren’t inclined to question what their elders set in stone. “We were told by our homeroom teacher that this new kid had arrived from Canada, here he is at 16, so we bought that. And she’d been told [that] by her superiors… So, yeah, we just kind of went with it. And there were always kids at school who looked a little bit older than the other kids.”

“This was a classic geek who had arrived with us. He wasn’t one of the cool kids,” McLeod remembers. “But then over the course of the next year, he somehow managed to work his way through that social strata of high school life and really turn things around.”

McLeod uses animation to tell a significant part of the story, including the manner in which Brandon’s hoax ultimately unraveled (his true identity came out after he embarked on an ill-advised holiday abroad with former classmates). The colorful animation style hearkens back to an MTV character popular in the very era when Brandon was pulling off his imposture.

“Brandon arrives with big curly hair, glasses, a North American accent and quite monotone voice. He’s Daria–really a total icon of ‘90s animation,” McLeod says. There were additional animation reference points, including The Archies and Scooby-Doo. Like the plots in Scooby-Doo, “Brandon would have gotten away with it, if it wasn’t for those pesky kids.”

Wild Child Animation, based in Sterling, Scotland, handled the work for My Old School.

“Because it’s a really great complex plot and there’s a lot of back and forth, I wanted to help people get their heads around exactly what was happening,” McLeod explains. “And the simplest way to do that was through a really nice, clean, simple animation. Wild Child did a fantastic job.”

My Old School fits, in a sense, with recent films and series that swivel around tricksters, posers, imposters, and swindlers. The Dropout and Inventing Anna put a fictional spin on true-life tales, while documentaries The Tinder Swindler and Bad Vegan expose a couple of other world-class phonies. The protagonists in those stories sought lucre or fame, but Brandon Lee was motivated by something less venal. As an adult, his dream of becoming a doctor had gone off the rails; he saw going back to high school as the do-over he needed to return to med school.

McLeod and a number of other classmates of Brandon’s appear in the film, sharing somewhat conflicting recollections of those events from three decades ago. Several speak movingly of ways Lee helped them when they were callow youths—assisting them with homework, introducing them to music that broadened their minds, etc. Lee may have been misguided, but he wasn’t necessarily a scoundrel.

“I always saw this as a high school movie, and Brandon definitely did have a positive impact on a number of the kids,” McLeod says. “That was something I just wanted to reflect and show that it wasn’t all nefarious. It was good and bad. I didn’t want to tie things up in a bow at the end of this film. I wanted people to leave talking about it and discussing it and trying to figure out whose side they’re on.”

My Old School premiered at the Sundance Film Festival in January and went on to play other festivals around the world, including ones in Poland, Croatia, Greece, Belgium and Finland. 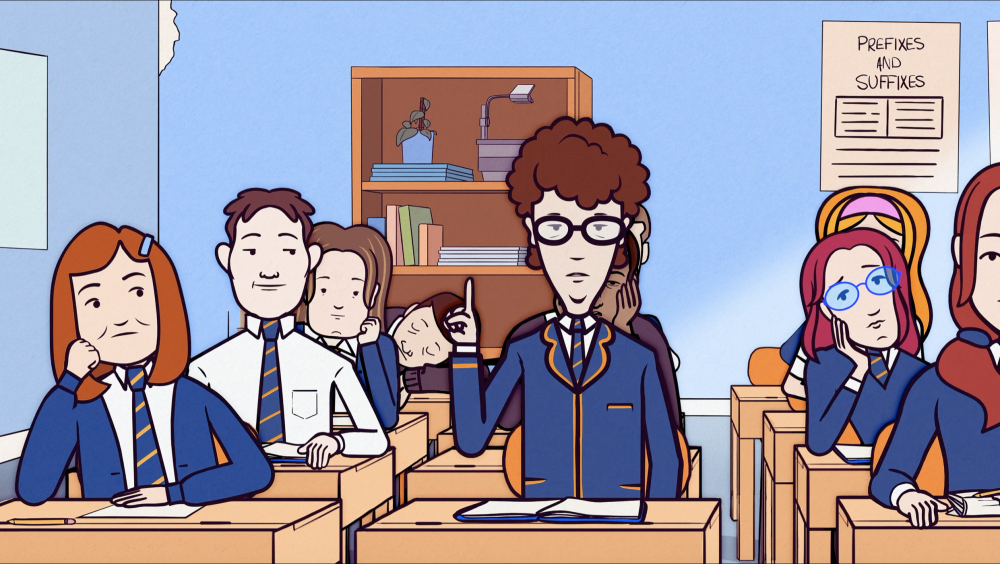