Naga Munchetty has been co-presenting BBC Breakfast for the latter half of the week for the past six years alongside Charlie Stayt. Together they have built a substantial repertoire with viewers and she is a well-respected interviewee when it comes to the big gigs the channel lands every morning. Last year, the host was inundated with support against the BBC after they ruled her comments about President Donal Trump a breach of guidelines. The decision was eventually reversed and Naga was in the clear. During a discussion with Radio Times, BBC Breakfast’s front-woman spoke out about the support she received from her colleagues at this time.

Naga made the comments when she was sitting in for Louise Minchin and delivered the show with Dan Walker.

She expressed personal concern after the US President said four congresswoman should “go back” to the “places from which they came”.

BBC Breakfast viewers will remember Naga going off script and dwelling upon her own experiences of being told to go home in the UK.

It was then reported that Naga had breached BBC guidelines as she suggested President Trump was guilty of racism, the corporations complaints unit decided. 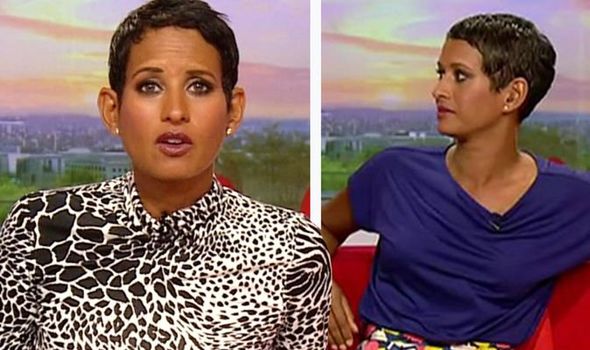 But the ruling was reversed after severe backlash from the public and other journalists in the industry.

In a letter sent to BBC employees, he wrote: “Racism is racism and the BBC is not impartial on the topic.

“There was never a finding against Naga for what she said about the President’s tweet. 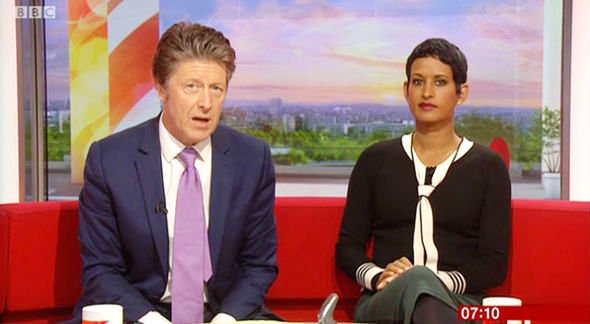 “I don’t think Naga’s words were sufficient to merit a partial uphold of the complaint around the comments she made.”

Dan previously told the publication the BBC’s defence of Naga should’ve been more robust and on that matter, Naga added: “There are lessons to be learnt.

“The Breakfast team was very supportive at the time and, since then, I’ve had regular conversations with Tony Hall and other BBC bosses.

“My whole strategy was to just keep my head down because I didn’t want to be the story,” she continued. 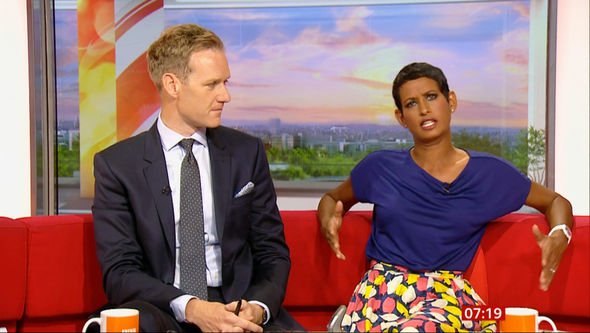 When asked whether it’s made her more circumspect about what she says on air Naga insisted “it’s absolutely business as usual.”

Radio Times also spoke to Assistant Editor Mark Grannell of BBC Breakfast who said: “Naga’s a tough cookie, so she can look after herself.

“But I think the Breakfast team is very protective of her, as a colleague.

“And, on a human level, my sympathy was with Naga.”

Naga’s presenting schedule was a little all over the place last week.

It came after Louise was absent from hosting duties at the beginning of the week which led to a presenter shake-up.

Sally Nugent sat in before Naga took over, but that meant a change in the weekend team.

BBC Breakfast airs everyday at 6am on BBC One.