Cote de Pablo starred on NCIS as the former Mossad agent Ziva David from 2005 until her fateful departure in 2013. Citing personal reasons for her exit, before explaining that her character was not treated with the “respect” she deserved, many fans assumed that the actress would never reprise her role. However, that didn’t stop fans from imagining the day she would reappear before their eyes on the CBS Tuesday night phenomenon. 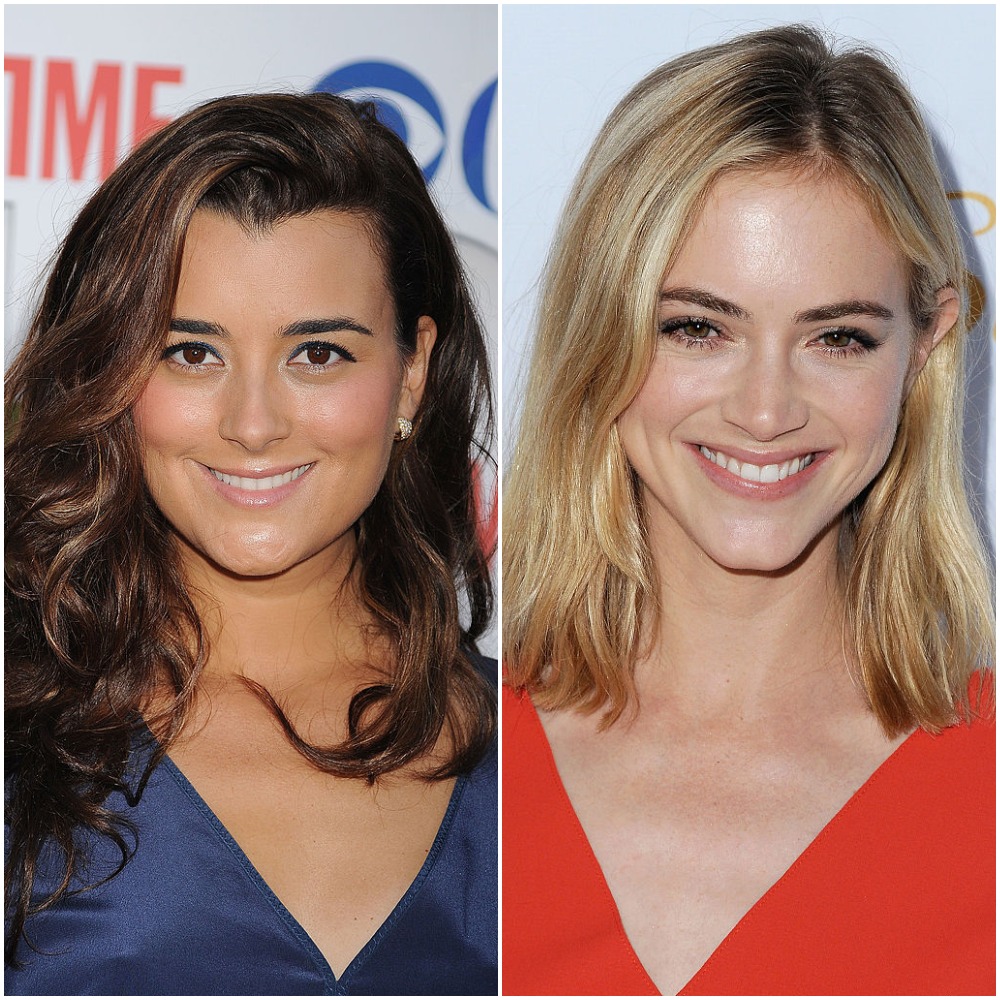 Satisfying fans spanning the globe, Cote de Pablo returned to NCIS in the final moments of the season sixteen finale. Appearing at the top of Gibbs’ staircase – before hurrying down the steps to warn her former boss of imminent danger – Ziva’s return was suspenseful, emotionally stirring, and utterly satisfying. Gibbs uttered one word, “Ziva,” and the scene closed.

While fans are thrilled that Cote de Pablo will appear in season seventeen of NCIS, a certain co-star might be even happier than fans concerning her return. Emily Wickersham, who plays Eleanor Bishop on NCIS, was brought on as Cote de Pablo’s replacement (of sorts) in 2013, and while doing the best she can, she isn’t necessarily the most admired character on the show.

As for the hate surrounding Bishop, some cite the writing regarding her character development, while others source the unrealistic expectations subconsciously placed on the actress to live up to the beloved Ziva David.

To understand why Cote de Pablo’s return may benefit Emily Wickersham, and her character Eleanor Bishop, you first have to comprehend the foundation underlying the gripe fans hold with Bishop.

Many fans feel that Emily Wickersham’s character Eleanor Bishop can come off as “immature” and annoyingly quirky, as one viewer notes. Eleanor Bishop’s character is “dorky, lovable, and refreshing” as one fan puts it, which means, to fans who loved Ziva David’s personality and role on the show, she’s a stark, and therefore unsatisfying, contrast.

However, the overarching trend surrounding the contempt for Bishop focuses on her lack of character development. If you scroll through fan forums, read YouTube comment spaces, or browse through a few digital media publications, you will find that her character is often described as “shallow.”

Cote de Pablo’s Ziva had a large backstory and offered quite the compelling father-daughter dynamic with Agent Gibbs, a slow-boiling romance with DiNozzo, and a hardened exterior in need of breaking. On the other hand, for much of season sixteen, Eleanor Bishop was merely existing to build up Ziva’s return. Furthermore, many feel that, since the start, she has lacked the complexity inherent to Agent Todd and Agent David.

With Cote de Pablo back on the show, Emily Wickersham will no longer be expected to fill the shoes of one of the show’s most admired characters. While Cote de Pablo had to come in and replace Agent Todd, Sasha Alexander (the actress behind the character) was only on the show for two seasons; whereas, Pablo was on the show from 2005 until 2013.

How can you ever effectively replace someone who lived in the hearts of viewers for so many years? Wickersham has been up against an insurmountable wall.

Hopefully, now that Pablo is back, the writers will focus on providing Eleanor Bishop with a fascinating backstory, as well as future complexities, that are both in line with her character and vital to the narrative progression. Since her character is no longer forging Ziva’s return, she will be able to exist as a solo force (disparate from Ziva David’s plotline in the following season).

With Cote de Pablo’s return, Emily Wickersham will have a huge weight lifted from her shoulders and, if the writers do what they should, she will be given a narrative that is inspiring, unique, and important in its own right.