With Susan believing her former captor was a changed man following his retrograde amnesia diagnosis, the Channel 5 soap later welcomed Finn to live with her and Karl after the courts acquitted him of his past crimes.

Since then, Karl has come to accept Susan’s wishes and has gone on to try and help Toadie Rebechhi (Ryan Maloney) with his issues regarding troublemaker Andrea Somers (Madeleine West).

Andrea may not be the only troublemaker on Ramsay Street however, as Pierce Grayson’s (Tim Robbards) fiancé Ebony (Christie Hayes) is set to arrive in Erinsborough in upcoming episodes.

What kind of mixes things up is a baby

Ebony will be thrown straight into the thick of the drama since Pierce has reunited with his former flame Chloe Brennan (April Rose Pengilly), beginning a brand new love triangle for the Australian soap.

The newcomer will certainly make an impression on Ramsay Street as she confronts Pierce about his intentions with Chloe as actress Christie Hayes, 32, joins the cast of Neighbours as part of the ongoing storyline.

Speaking with Express.co.uk, the former Home and Away star pitched Ebony’s future storylines if she were to stay and cause further trouble in Erinsborough.

Of Ebony having a future on Ramsay Street, Christie said: “I would never say no. I’m not the sort of person to knock opportunities back.”

Asked which other characters she would like to work with in the future, the actress remarked: “Maybe Dr Karl. I mean that would be fun.”

Talking of Ebony possibly coming between Karl and Susan, Christie explained: “They are the staple of Neighbours. I don’t think anybody could break those guys up.” 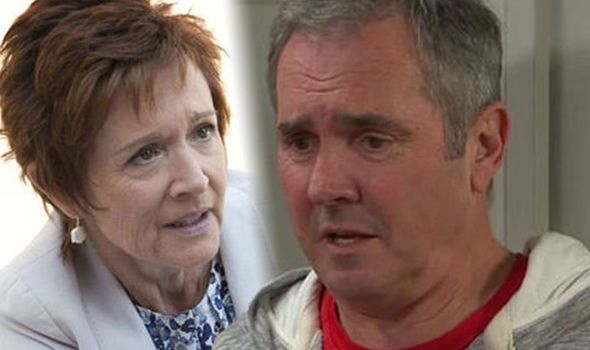 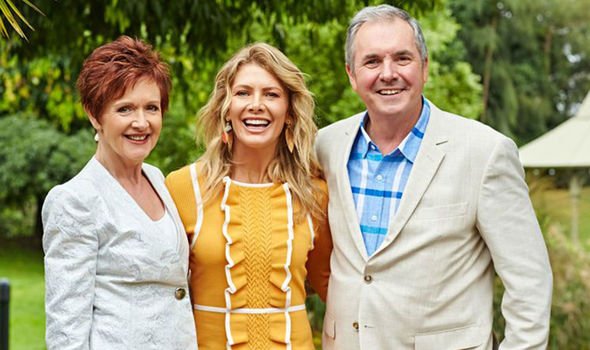 The Neighbours newcomer continued: “But hey, what always kind of mixes things up in a love triangle or a marriage is a baby so that could be something that could be of offer for these guys.”

Could it be Karl finds himself at a lost cause as the Finn drama continues to cause riffs with him and Susan, leading the doctor to cross paths with Ebony?

Returning to Ramsay Street in several months or possibly even a year, Ebony could make a comeback with a child in tow with whom she conceived with Karl after the pair had a brief dalliance over their shared heartbreak.

How will this leave Karl’s marriage with Susan and could the soap stalwart ever forgive her husband for such betrayal.

Viewers will remember the pair Karl had a child with another woman when he and Susan hit the rocks years ago. 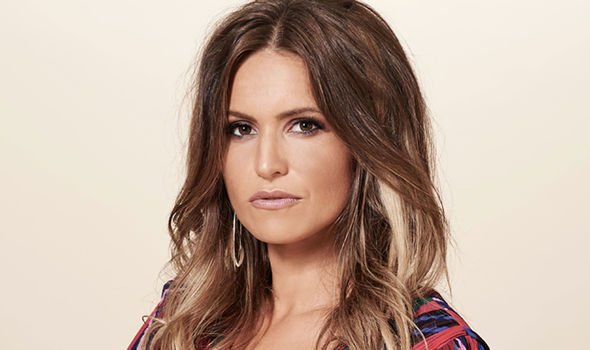 Izzy Hoyland (Natalie Bassingthwaighte) came on the scene after Susan filed from a divorce from her husband after the doctor suffered from a period of alcohol issues.

Karl later proposed to Izzy when they found out she was expecting a baby, only for the mother-to-be to suffer a miscarriage when she fell down the stairs.

However, the pair went on to conceive another child, Holly (Chaya Broadmore), who the Karl visited on numerous occasions after Izzy left Ramsay Street for a new life in London.

Both Izzy and Holly made a return to Erinsborough last year when Karl’s former lover tried to artificially impregnate herself with the doctor’s sperm but failed to conceive the child.

Elsewhere in Ramsay Street, trouble could be on the horizon for another couple as Terese Willis (Rebekah Elmaloglou) delivers some bombshell news to Paul Robinson (Stefan Dennis).