One of the best parts about Christmas is cuddling up with a soft blanket and a cheesy, feel-good holiday movie. Luckily, Netflix gives us plenty of options, especially if you’re a fan of Vanessa Hudgens.

The actress is starring in a surprising number of holiday movies. Some might even call her the Christmas movie queen. 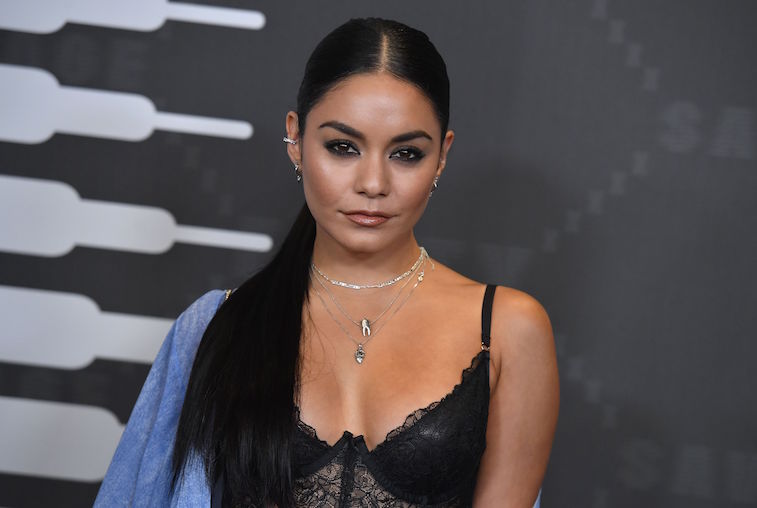 Last year, Hudgens cemented her place as our Christmas movie queen when she starred in the Netflix movie The Princess Switch. The plot follows two young women, a baker, and the Prince’s fiance. They look remarkably similar, so of course, they decide to switch places.

It’s a modern remake of the classic Prince and the Pauper story. Blame the cheesy, holiday spirit, but viewers love this type of feel-good film, and The Princess Switch quickly became a favorite.

But Hudgen’s dominance of Christmas movies doesn’t end there. This holiday season, you can watch her in another new romance titled The Knight Before Christmas. Then, as if that isn’t enough, next season, Hudgens will star in a sequel to The Princess Switch.

That’s three holiday movies released one right after the other. For three years in a row, viewers can celebrate the holidays with Hudgen’s feel-good, romance flicks. That’s why we’ve dubbed her the queen of Christmas movies.

Vanessa Hudgens will star in ‘The Princess Switch’ sequel

Unfortunately, the film is just starting production this year, so it won’t be out until the 2020 Christmas season.

The sequel may be a challenge for Hudgens. Instead of playing just two characters, as she did in the first flick, part two will have Hudgens playing three separate women. The third look-alike character will be a party girl named Fiona who tries to ruin the other women’s plans.

According to The Hollywood Reporter, Hudgens will also act as an executive producer in addition to playing three roles. She’s going to be one busy lady until filming wraps with this one.

Can ‘The Knight Before Christmas’ compete with ‘The Christmas Prince’

Netflix has become the place to look for cheesy, heartfelt holiday movies. In addition to Hudgen’s flicks, the streaming service also has the super popular Christmas Prince movies.

But viewers will have lots of choices for their Christmas movies this year. The Knight Before Christmas, with Hudgens, is also expected to be an instant favorite.

According to Netflix, medieval magic sends a knight to the modern world, where he falls for a lovely science teacher. It should remind all of us hopeless romantics of our happily-ever-after fantasies.

With both The Knight Before Christmas and The Christmas Prince 3 releasing this season, the question on everyone’s mind is whether Hudgen’s movie can compete with the already popular Prince movies?

Luckily, we should have time to watch both between all of our holiday shopping. But The Knight Before Christmas does have a slight advantage. It’s a brand new story, and not building on an already finished plotline.

The Christmas Prince focuses on a happy couple that’s now expecting a baby. This may be a case where they should have stopped while they were ahead, but we’ll have to watch the movie to be sure.

The Christmas Prince definitely has plenty of fans from their previous installments, but viewers also love Hudgens, especially for Christmas movies. It could be a toss-up. Either way, Netflix viewers win this season with so many holiday options.