Nicola Sturgeon, 50, has faced a huge backlash following Prince William, 38, and Kate Middleton’s, 38, arrival into Edinburgh yesterday as the royal couple partake in a cross-nation tour of Britain by train. With coronavirus rules at the strictest of levels in Scotland, the SNP leader has explained how she did not approve of the Duke and Duchess of Cambridge seemingly flouting the rules to carry out their duties. Contributing to the debate, Loose Women star Janet Street-Porter, 73, reprimanded the politician for being so against the visit.

The royal tour is being conducted so Prince William and wife Kate are able to thank key workers from across the UK who have been on the front line of the coronavirus pandemic.

However, current travel restrictions in Scotland means it is currently illegal for members of the public to make a trip between the nation and England.

Current exceptions included for working purposes or to continue with charitable services, but any other excuse is not accepted.

Ms Sturgeon addressed the matter in a briefing at the beginning of the week in which she explained she had told the royal household about the rules in place.

Although sources are reporting the tour travel arrangements were discussed between each country, Ms Street-Porter felt the SNP leader should “take a leaf out of her own book”. 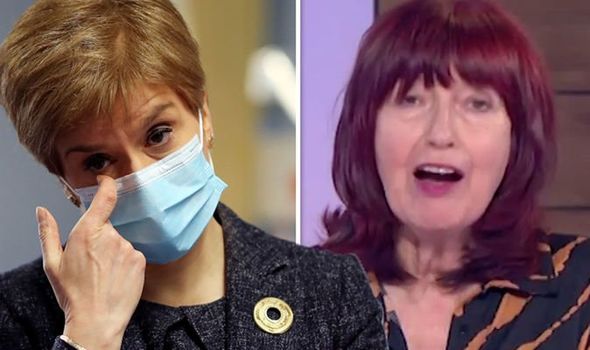 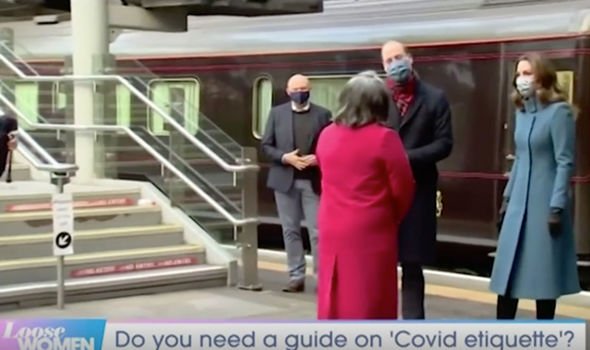 The broadcaster proceeded to read the official Scottish advice regarding social distancing, saying: “A friend goes into for a hug or a handshake but you have to use the following phrase.

“‘I so want to hug you but I guess we’ll have to wait until it’s safe. I don’t want to risk harming you or anyone else you are in contact with. I am giving you a virtual hug’.”

Ms Street-Porter then said as she launched her fury towards the politician: “Thank you very much, Nicola Sturgeon, for that.

“I suggest you take a leaf out of your own book because you seem to be lacking what I would call common courtesy when you greeted Prince William and Kate yesterday when they arrived in Edinburgh on their round-Britain train tour.” 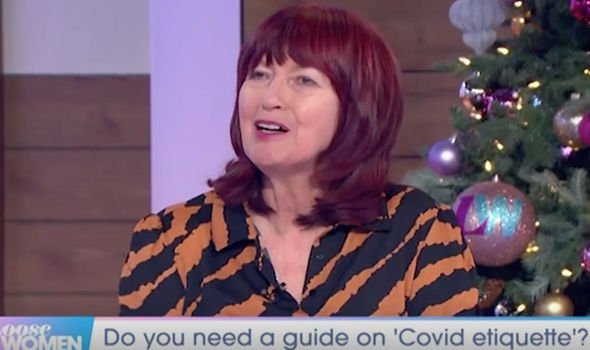 Nicola Sturgeon urges UK 'not to meet with others' at Christmas

Referring to the conference in which Ms Sturgeon addressed the royal tour, the broadcaster added the politician’s tone was “distinctly unwelcoming”.

Host Ruth Langsford, 60, jumped in to defend the SNP leader, saying she was only trying to suggest the royal couple “shouldn’t be travelling.”

Taking to Twitter, some viewers were left divided on which side they stood on with regards to the royal tour of the UK.

One wrote: “Janet needs to get her facts right. Most of Scotland is in lockdown and quite frankly I think Nicola Sturgeon’s handled it a dam sight better than Bumbling Boris #loosewomen.”

Another added: “Can someone please explain to Janet the difference between travelling from England to Scotland and Nicola going to see NHS workers in Scotland. She doesn’t get it does she? #loosewomen.”

Whilst a third commented: “So Nicola Sturgeon moaning Kate and Wills went across the Scottish border but that selfish f**king MP woman who travelled to London back with Covid is still in her job? OK then? #LooseWomen.”

Later on Tuesday, the SNP leader is set to give the latest update on the five-tier lockdown system currently in place across the nation.

Ms Sturgeon will outline which tier each of Scotland’s 32 local authorities will fall into after 11 of them have been under tier-four restrictions for three weeks.

Also on Tuesday, Prince William and wife Kate have been enjoying a day in the Welsh capital of Cardiff as part of the second leg of their trip.

“I’d rather that no one was having unnecessary visits and people always have divisive views about the monarchy, but their visit isn’t an excuse for people to say that they are confused about what they are being asked to do,” he told Radio 4’s Today Programme.