Home » TV » Nina declares Seb her soulmate in Corrie: 'We were always meant to be together'

Nina declares Seb her soulmate in Corrie: 'We were always meant to be together' 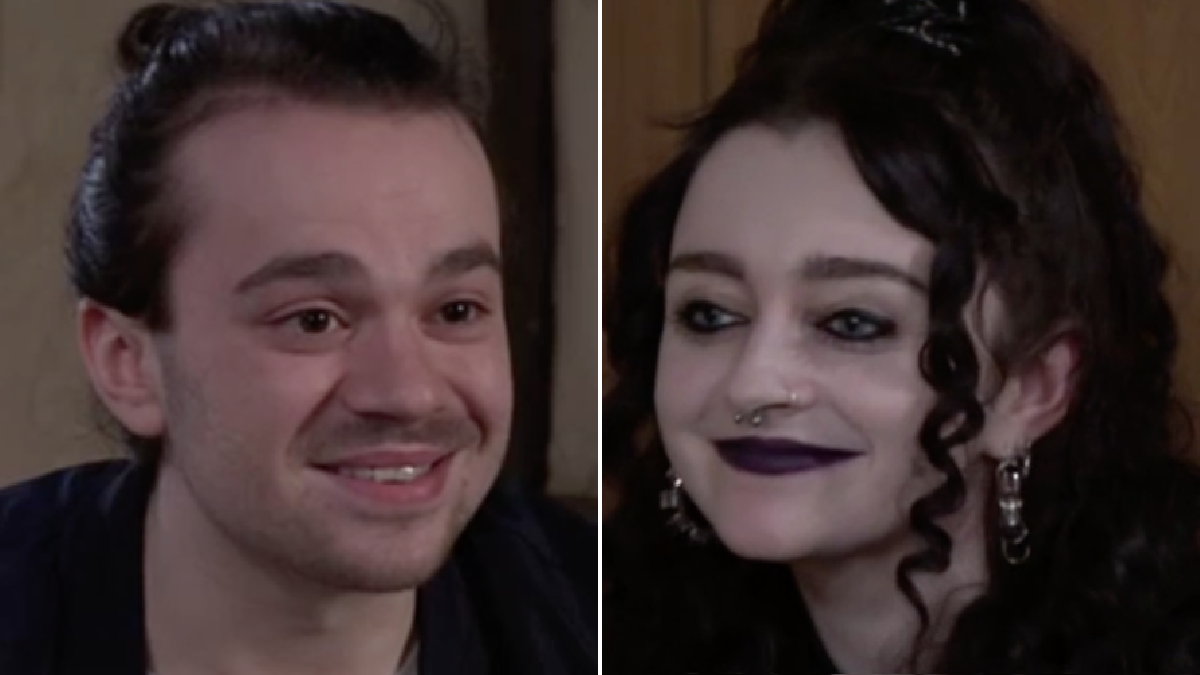 Coronation Street icon Nina Lucas (Mollie Gallagher) is adamant that she and Seb Franklin (Harry Visinoni) were ‘always meant to be together’.

The mainstay of the ITV soap all but declared Seb her soulmate in touching scenes.

The duo fell for one another rapidly, after a conversation made them realise that they had more in common than one might’ve thought.

Seb even moved in with Nina – something which uncle Roy Cropper (David Neilson) was a little apprehensive about at first.

Tonight’s double-bill (May 3) saw the loved up couple working together, as they tried to locate a necklace online for Abi’s (Sally Carman) approaching wedding day.

Seb joked about getting Nina an engagement ring – a comment which Nina laughed off.

Roy, however, was concerned that the young lovers were moving too quickly, and therefore issued Seb with a warning.

Nina – perceptive as ever – worked out that her uncle had had a word with her boyfriend, but appreciated that he was looking out for her.

The cafe owner therefore apologised for interfering, informing her that he’s glad that – in this instance – he was wrong.

‘I know everything’s happening dead fast,’ said Nina, explaining her relationship with Seb. ‘But this time [it’s] in a good way. It’s like we were always meant to be together, and now we’re just making up for all the years we weren’t.’

Seb – evidently head over heels – was in full agreement.

Coronation Street continues Wednesday May 3 at 7:30pm on ITV.