In Outlander, Claire Randall (played by Caitriona Balfe) was a British World War II nurse until she was able to travel back in time to 18th Century Scotland where she embarks on a passionate romance with Jamie Fraser (Sam Heughan). She is able to time travel through the use of the Craigh Na Dun Standing Stones but is the mysterious circle real?

While there are plenty of stone circles like this up and down the country, sadly the Craigh Na Dun doesn’t exist.

The scenes featuring the stones were filmed at a village called Kinloch Rannoch in Perth and Kinross, Scotland.

“That day that we arrived on set, there was this Disney-like dusting of snow everywhere.

“It’s just a really beautiful location and it was a beautiful script. Sometimes everything conspires to make these episodes really special.” 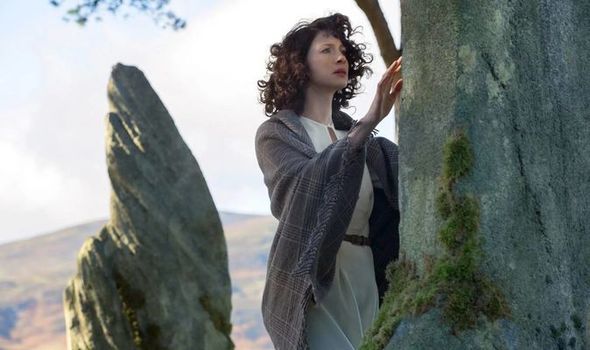 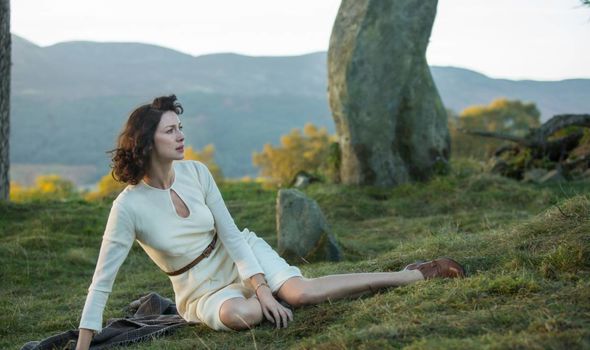 There are no stones like the ones featured in Outlander though at Kinlock Rannoch.

So the Outlander team has to be a little creative and make their own time-travelling stones.

In reality, they were designed by production designer Jon Gary Steele and sculpted by a craftsman so they would look as real as possible.

Executive producer Ronald Moore revealed on the official Outlander Podcast: “You could pick them [the stones] up by yourself.

“And then we hauled them out to the actual location and we planted them in the ground.” 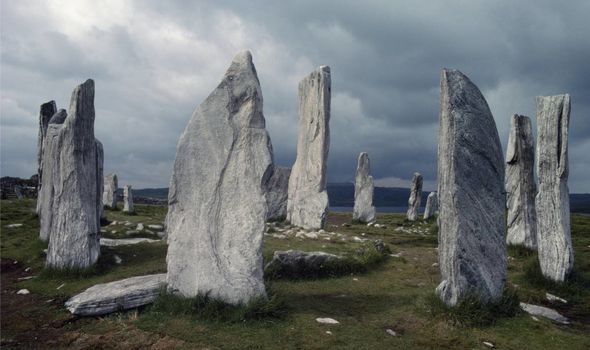 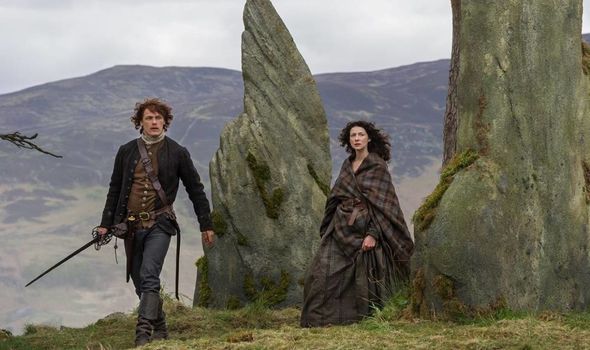 But the series did take plenty of inspiration from real-life stone circles.

During actors Heughan and Graham McTavish’s Scottish travel show Men in Kilts on Starz, the pair ventured to the site on which the standing stones are based on.

The real mystic circle is the Callanish Stones on the Isle of Lewis which actually predates the more famous site of Stonehenge.

These gneiss stones are arranged in alignments of avenues and a central circle which is similar to a Celtic cross.

These particular stones have been in place since 2900 BC which was nearly 5,000 years ago.

Speaking on Men in Kilts, McTavish said: “Whatever reason they had for bringing things here, they had a reason.

“It was a reason that was enough for them to drag these a mile and a half. Can you imagine?”

Heughan continued: “I don’t know how they did it.

“There’s lots of myths about these stones. They may have been giants that were frozen.

“Ones that didn’t convert to Christianity. They don’t say what they were used for.

“Some sort of pagan ritual maybe, maybe a gathering spot.

“Some people think they were used for cycles of the moon, different times of the years. Every 18 years, I think, there’s a point where the sun hits a certain point.”

Outlander season six has been delayed as filming was postponed because of the pandemic.

No release date has been announced but it could premiere either by the end of this year or in early 2022.

This won’t be the end of the story though as the period drama has already been renewed for a seventh series.

Outlander is available to watch on Starz and Amazon Prime Video.