The penultimate episode of Outlander season five saw Brianna Fraser (played Sophie Skelton) and Roger MacKenzie (Richard Rankin) learn their son Jemmy could hear the buzzing noise which signals someone is able to time travel. The revelation led them to decide to travel back to the 20th Century, which left Claire (Caitriona Balfe) and Jamie Fraser (Sam Heughan) devastated.

The pair decided on a date they would leave North Carolina and made plans to say goodbye to the ones they loved.

It was heartbreaking to see the young family leave their loved ones behind, potentially forever.

However, fans weren’t too happy when they realise Brianna had forgotten one person who was there for her in the toughest times – Aunt Jocasta (Maria Doyle Kennedy).

Viewers will remember in season four, Aunt Jocasta took in Brianna when she was pregnant and her parents headed off to find Roger, who had been sold to the Mohawk. 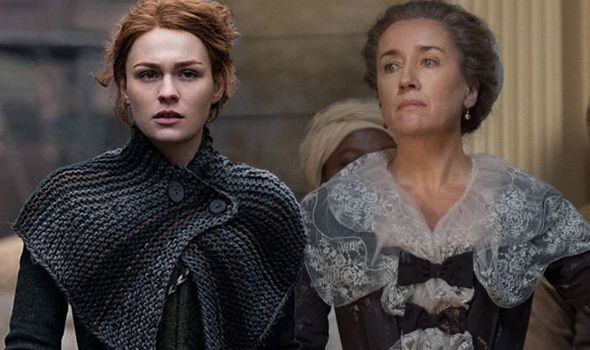 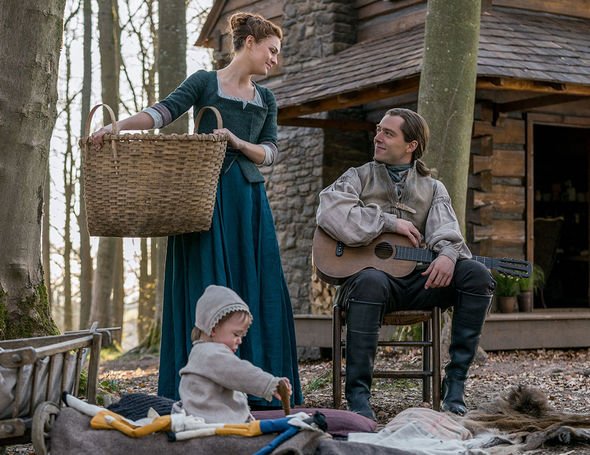 During her time with Jocasta, the pair became close and their relationship led to the matriarch deciding to leave her land and fortune to Jemmy.

In the season five premiere, Jocasta was seen making plans to leave everything she had to Jemmy in her will.

Her decision led to Stephen Bonnet (Ed Speelers) trying to reunite with his son so he could become a gentleman and own River Run.

Unfortunately the pirate’s plan to form a family with Brianna and Jemmy failed and he was killed. 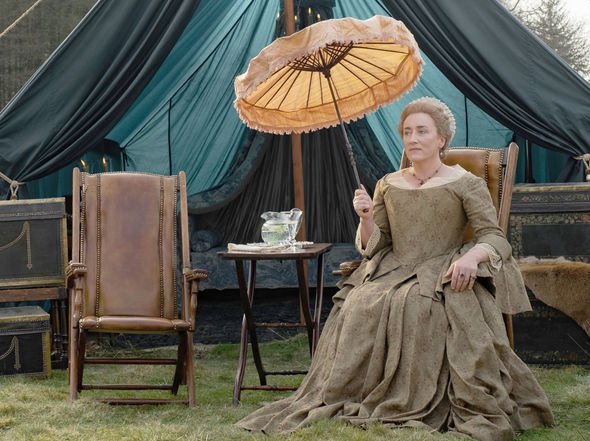 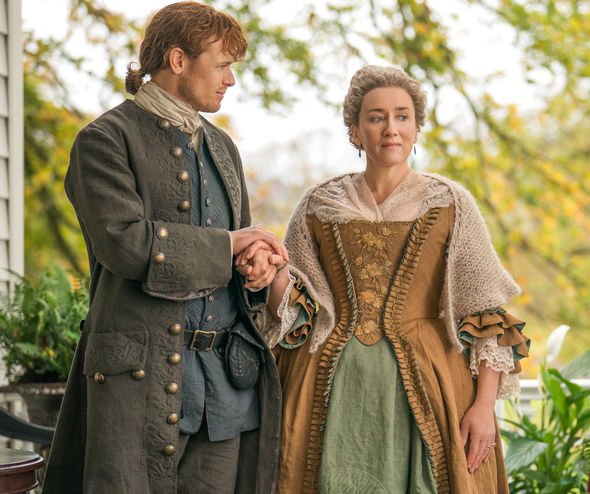 Despite this, fans feel Brianna owes a lot to Jocasta and were left baffled as to why she didn’t take time to visit Jocasta and say goodbye.

“So, Roger and Bree are getting ready to leave and saying goodbye to everyone.

“But they don’t go to say goodbye to their actual blood who has bequeathed their son her (I’m assuming) multi-million dollar estate?

“What happens to River Run now? Wouldn’t Bree and Roger have to sign something to give the estate back to Jocasta or (if it wasn’t transferred already) at least let her know they are leaving and she needs to give it to someone else?

“What happens now if Jocasta dies and so does her husband, and Jemmy isn’t there to claim the estate?

“Does it just go to the crown then? Who gets it?”

Of course, there could be a very simple explanation for this – viewers simply weren’t shown this.

With episodes only one-hour long there’s a lot to pack into each instalment.

It would certainly be a very long episode if viewers saw Brianna and Roger say goodbye to everyone they knew and loved.

Furthermore, Aunt Jocasta lives a few days ride from Fraser’s Ridge so the young family may not have wanted to spend precious time travelling when they could be with Brianna’s parents.

Either way, fans will hopefully get to find out where Brianna and Roger ended up in the season finale.

Outlander season 5 continues Sunday on Starz in the US and on Monday on Amazon Prime in the UK.