Fans of the Outlander books will know that should season five follow suit, there will be major changes for Claire Fraser (played by Caitriona Balfe) and her family and Claire will be forced to put her medical skills into practice once again. However, the trailer seems to have revealed a major deviation from the original plot.

During the latest trailer for the Starz show, one scene in particular shows Claire begging for help in the field, telling another woman she has what it takes to be her assistant.

When the camera cuts the woman in question is surprisingly Marsali, Laoghaire MacKenzie’s daughter and Fergus Fraser’s wife.

While this isn’t a direct change from Diana Gabaldon’s novel, fans are almost certain she could take on a role of another character from the novels called Malva.

Taking to Reddit, one fan posted: “Does it seem like Marsali is taking the place of Malva Christie? 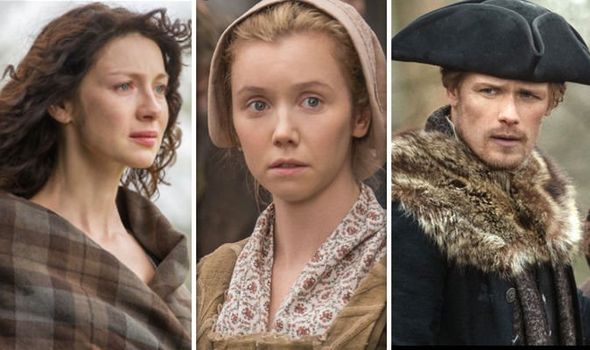 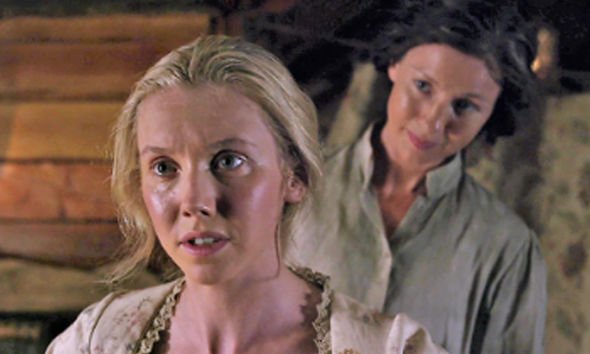 “Malva plays such a huge role in the later story that I wonder if they might be changing things around.”

This would mark a major change for the characters, as in the novels Malva shockingly accuses Jamie of leaving her pregnant with his baby.

Should the pregnancy story come to screens, will Malva fall pregnant with Jamie’s child?

This would be a major betrayal for Claire and the accusations were a major part of the novels. 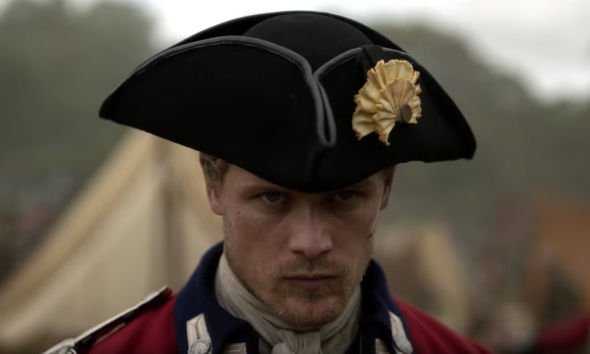 Will show runners keep the plot or do away with it?

Most fans think the plot will be included, with many speculating Marsali growing closer to Claire as her assistant will make the betrayal all the more shocking.

Another fan said: “Oh man it does seem like that. I really hope not! The Malva storyline was a favorite of mine.

“Her character was so interesting, I was never sure if I liked her or hated her. And her acting as Claire’s protege was such an important aspect of her later betrayal.”

Fans will have to wait and see if the betrayal plays out on screen.

Meanwhile, fans have been watching some of the earlier seasons of the show, which has resulted in viewers picking up on a number of plot holes.

One plot hole can be found in scenes shortly after Stephen Bonnet’s (Ed Speleers) arrest back in season 4.

Much to fans surprise, Brianna Fraser (Sophie Skelton) immediately wanted to speak to him for the last time.

However, the journey there also left fans a little confused.

As Brianna rushed to see him before his death sentence was put into action, she is seen getting into Lord John Grey’s carriage.

As they set off in the carriage Brianna is not wearing a cape with her outfit.

However, a little time later, when she and Lord John approach the jailhouse that holds Bonnet prisoner, she appears to have had quite the transformation as Bree is then spotted in a blue and black hooded cape.

Since she didn’t have it on her going into the carriage, there was no way she brought this along.

Outlander season 5 premieres on Starz on February 16, 2020, and the next day on Amazon Prime Video.