Home » TV » Outlander season 5: Will Jamie Fraser betray the British? Did you spot this clue?

Outlander season 5: Will Jamie Fraser betray the British? Did you spot this clue?

Season five of Outlander will deal with a turbulent period in American history with the Revolutionary War. By the end of the conflict, the colonies had broken away from their imperialist governments and the United States were formed. However, the Fraser family will be caught in the eye of the storm as patriarch Jamie (played by Sam Heughan) must fight for the British after being granted land and a fresh start by the crown after the horrors of war in Scotland.

Will Jamie Fraser betray the British in Outlander season 5?

The new series places Jamie in a dilemma after he’s instructed by Governor William Tryon (Tim Downie) to form a militia and get ready for battle.

The North Carolina Governor also instructs him to hunt down Jamie’s godfather Murtagh Fraser (Duncan Lacroix), putting the Highlander in a tricky position and pitting him against his own kin.

This storyline is something of a break from author Diana Gabaldon’s Outlander novels in which Murtagh is already six feet under.

With the Starz drama series diverging from the novels with this storyline, Jamie could betray the British to help Murtagh escape. 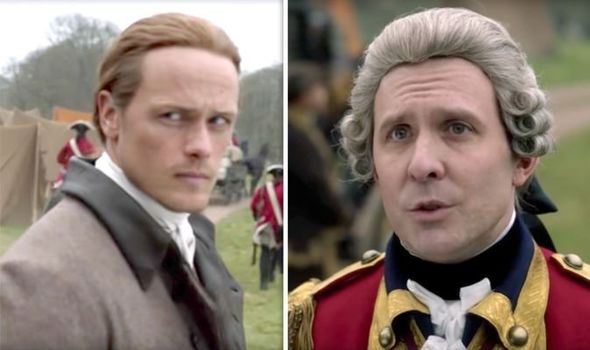 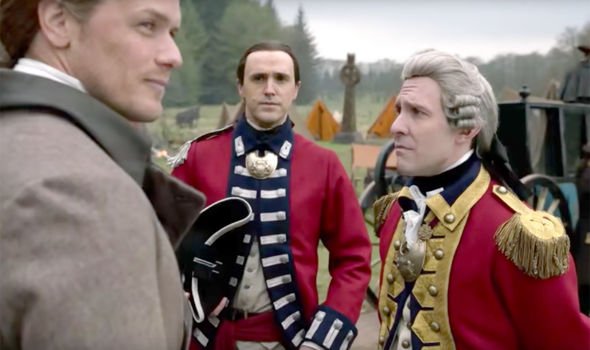 American broadcaster Starz has also dropped a trailer ahead of the show’s premiere hinting at the internal conflict Jamie will face.

In the trailer, the governor tells him: “Colonel Fraser, the time has come for you to fulfil your oath. Do not disappoint me.”

Jamie says in another scene: “I swore an oath to the crown but I will not stand by and watch my kin killed.“

Later on in the teaser, Jamie has donned a redcoat – something which would have been inconceivable in the first three seasons – and stands on the battlefield ready for the fight. 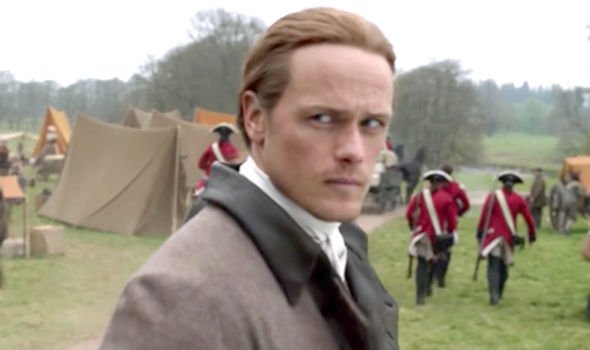 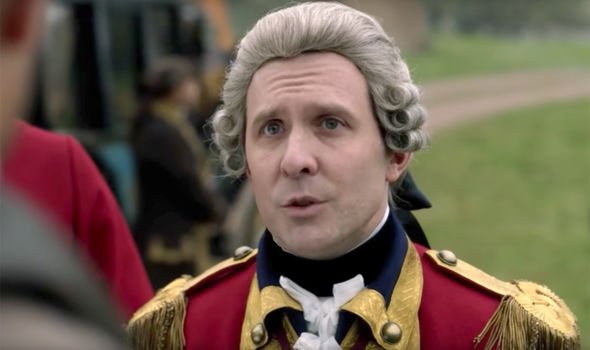 His wife Claire (Caitriona Balfe) and daughter Brianna (Sophie Skelton) have already told him they are on the losing side the battle, which means he could conceivably switch allegiances and emerge from the war unscathed.

However, Jamie is a man of honour and to turn his back on those who gave him the land on which to build Fraser’s Ridge would be against his moral code.

On the flip side, Jamie has had a tricky relationship with the British since day one of Outlander because of Captain Black Jack Randall (Tobias Menzies) who tormented him.

If Jamie did turn his back on the British, he’d have good reason to do so and it wouldn’t be outside the realms of possibility.

Another big clue from the trailer hinting Jamie may became a turn coat is when Brianna warns him the impending battle must take place otherwise America in the future won’t exist.

Brianna says: “People consider this to be the spark of the American Revolution.

“If we stop this fight now, America will never become America.”

As Outlander fans know, previous attempts to change the course of history have failed and don’t seem to work due to the invisible laws of fate and destiny running through the epic story.

He told TV Insider: “I think they obviously know from history what’s coming and they know which is the winning side and they’re obviously on the wrong side.

Judging by his words, it’s going to be a hard season for Jamie.