The much-loved BBC show had three series’ before concluding back in 2018, which saw supermarket workers John (played by Peter Kay) and Kayleigh (Sian Gibson) admit their feelings for each other. And now, fans have been able to get a catch-up from the duo after show writer Peter Kay has penned a new sketch for Dear NHS: 100 Stories To Say Thank You – in which John describes his experiences of having a brain scan.

The emotional write-up features in the newly-released book Dear NHS: 100 Stories To Say Thank You, from doctor and author Adam Kay.

It features stories from 100 different famous faces, detailing their own experiences with the NHS over the years.

Peter’s alter-ego John describes his encounter of having a brain scan after being referred by his GP after suffering from “really bad headaches”.

The sketch begins with John telling car-share buddy Kayleigh about the end-of-life care he arranged for his father, before delving into his own experiences. 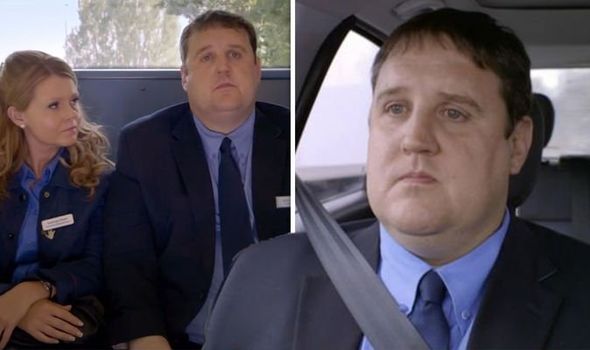 He says: “I went for a brain scan once… it was years ago, I kept getting these really bad headaches.

“My GP said it was sinuses, but being a proper hypochondriac, I thought b*****ks, what does he know? So I booked in for a brain scan.”

He adds: “I went for the Best Of Simon & Garfunkel.”

However, he explains why the popular character is left in tears after the request didn’t quite go to plan. 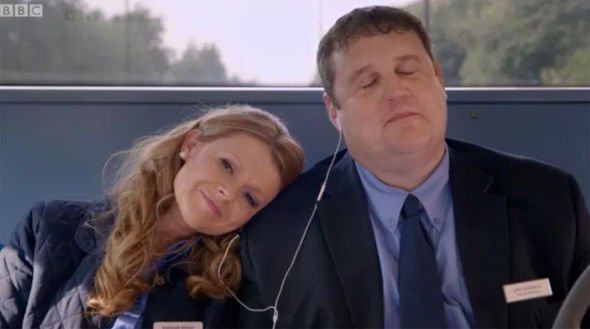 “I love them and they would have been the perfect choice if the first song hadn’t been The Sound Of Silence, with the opening line, ‘Hello darkness my old friend, I’ve come to talk to you again’… and there’s me laying in this MRI machine having a brain scan.”

Delving further into the ordeal, he continues: “It got worse – in the third verse the lyrics are ‘silence like a cancer grows’. I was in tears. I was ashen when I came out.

“I told the nurse. I said ‘I thought it was going to be happy, Mrs Robinson and all that.’

“She said a lot of people pick Frank Sinatra because they think it’s going to be all Fly Me To The Moon and New York, New York, but the first song is My Way with the opening line, ‘And now, the end is near and so I face the final curtain…’ you’d be gutted.”

Kayleigh then asks John what the scan results were and if there was anything to worry about.

Luckily, he says there was “nothing” and it was just his sinuses playing up.

“A course of antibiotics and I was sorted in a week. That’ll teach me,” John concludes.

BBC viewers will undoubtedly be over the moon for an extra dose of the poignant comedy but they were given another reason to smile earlier today after a blunder from the network’s resident weather presenter, Carol Kirkwood.

Giving BBC One viewers the latest on the ongoing heatwave sweeping the nation, Carol accidentally got her words mixed up.

She came live from Greenwich Park on Monday morning’s instalment of BBC Breakfast, telling viewers: “Fabulous! The sun is beating down and we’ve seen lots of doggers.”

Tweeting in response to the mishap this morning, Kayleigh star Sian joked: “I’m on my way!”