REAL Housewives of Orange County star Tamra Judge is proudly showing off her body in an epic clap-back at her critical castmates.

The fitness contest winner, 52, shared sexy photos of herself in a yellow bikini after her co-star costar Emily Simpson made seemingly age-shaming comments about her. 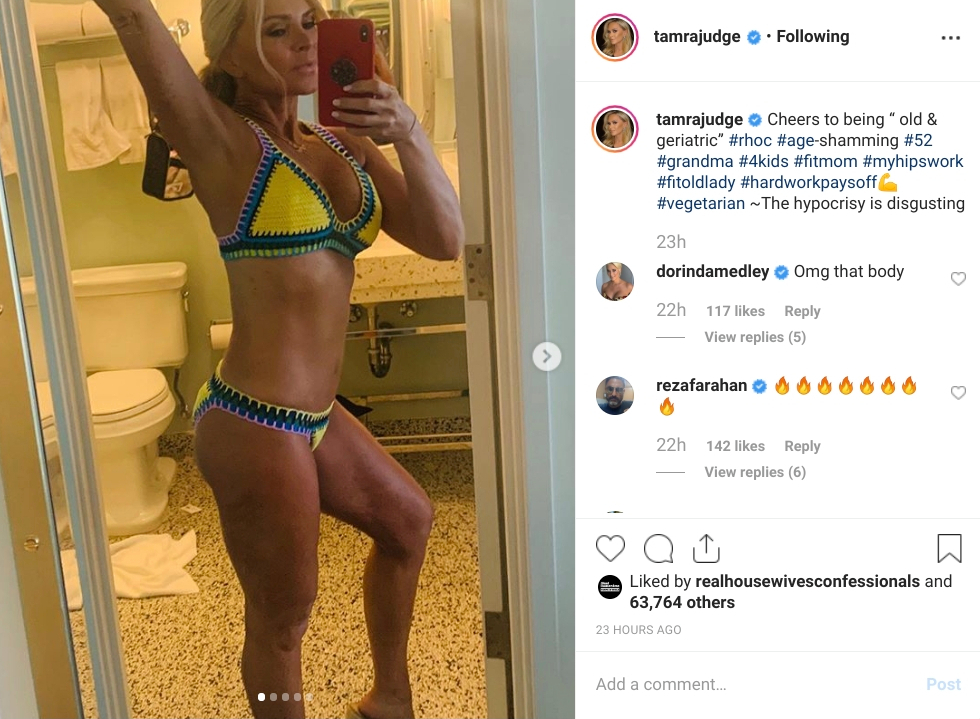 On the show, Emily called Tamra, along with the gym owner's allies Vicki Gunvalson and Shannon Beador, "senior citizens."

She said in a confessional of her relationship with the self-proclaimed 'Tres Amigas': “This is just like being in high school, but instead of the senior girls hating me, the senior citizens hate me.”

This is just like being in high school, but instead of the senior girls hating me, the senior citizens hate me.

The episode was shot during a cast trip to Miami and Key West, in which the ladies were divided into two groups.

After the show aired, Vicki also clapped back at Emily, tweeting: “@BravoRHOC last night & was shocked to hear @RealOCEmily bash me about my age of 57.

“Referencing me as “old, I should be in a convalescent home, and geriatric”. Really? I can’t change my DOB and you will get there too. #disrespectful #rude.” 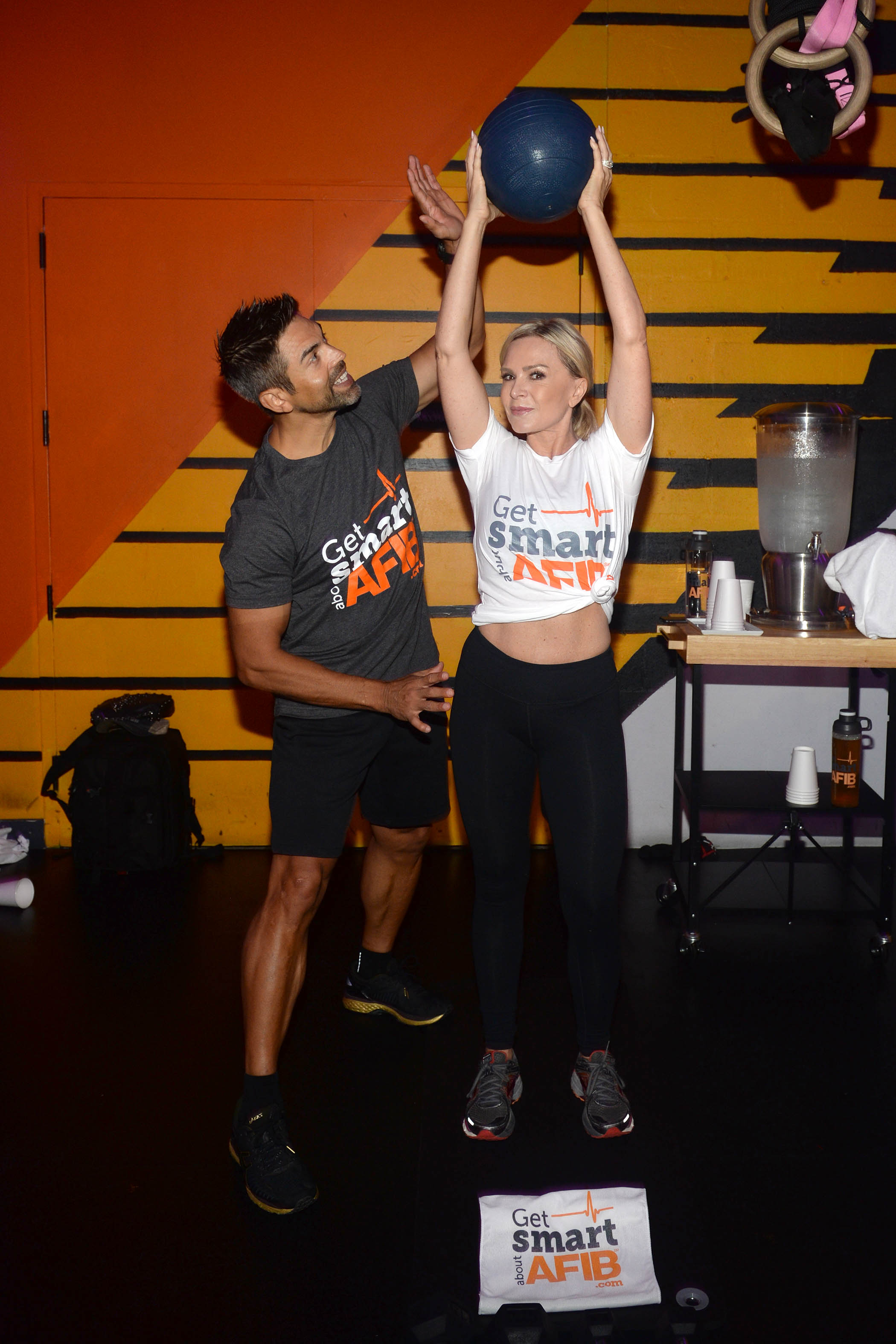 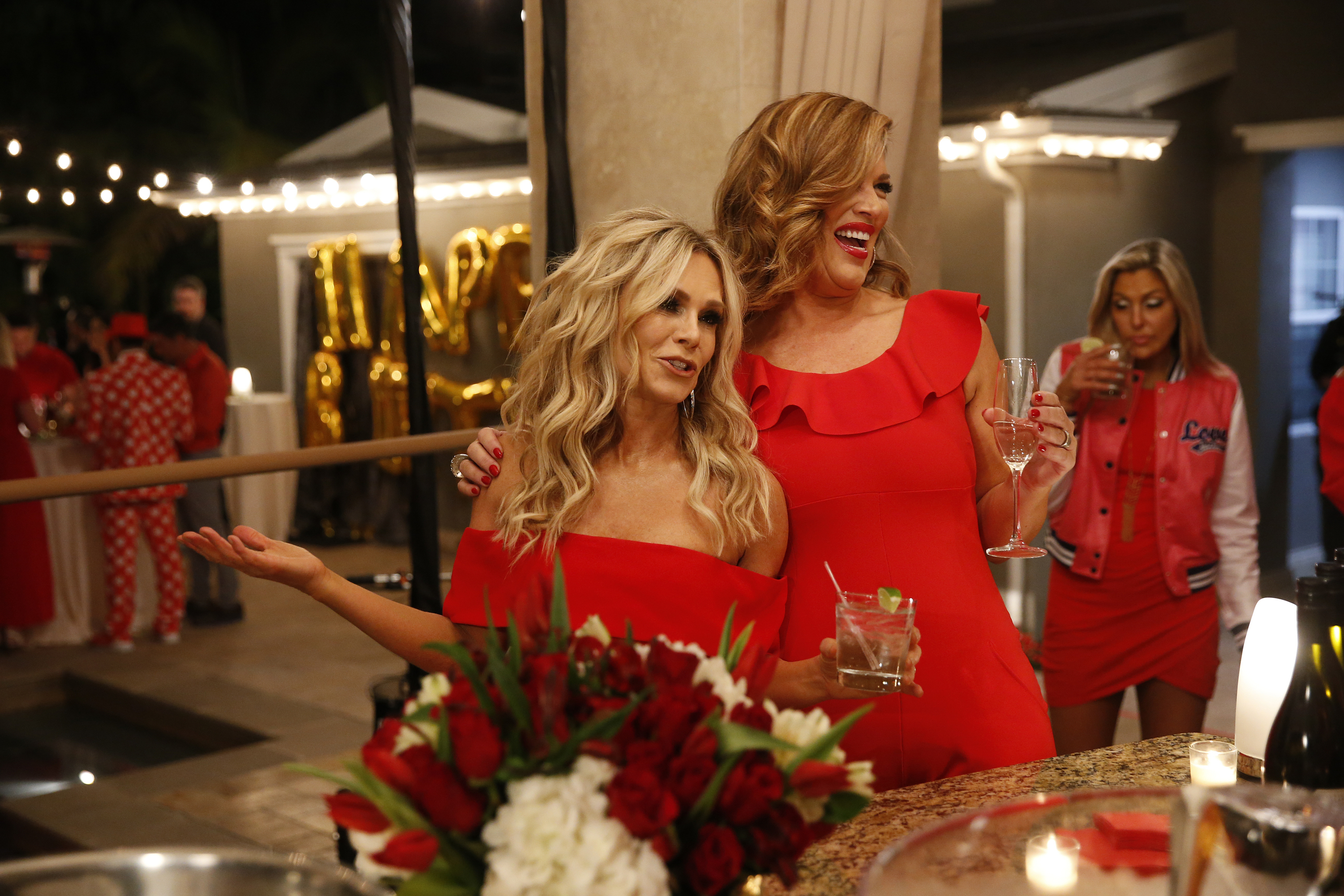 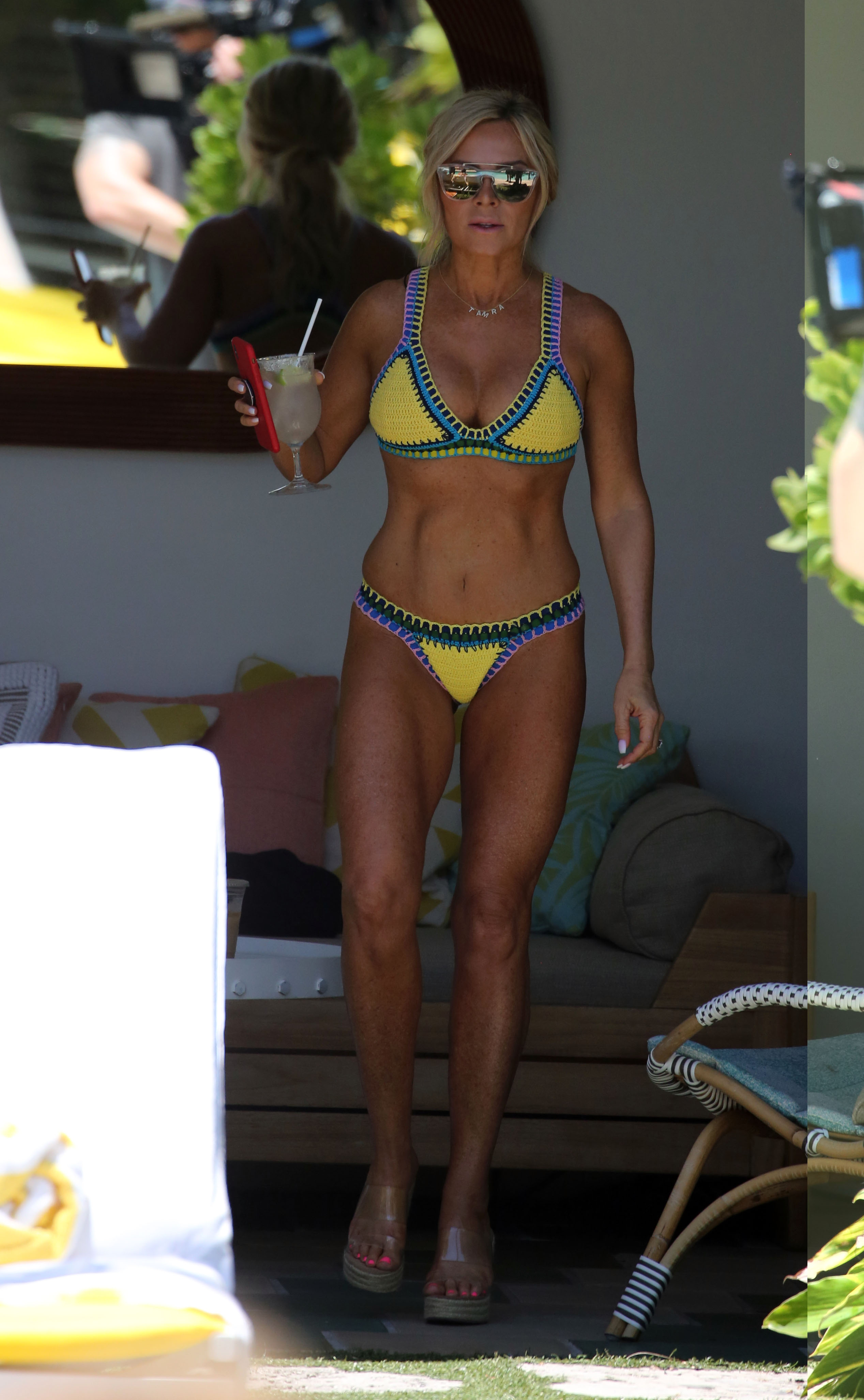 Throughout this season, she’s confessed to struggling with her weight, and wanting to get healthier for her children.

In July, trolls accused her editing RHOC promotional photos to cut “50 lbs” off her figure.

She said: "For you a**holes out there who feel the need to make derogatory comments on my figure 'photoshopped to look like 50 pounds were taken off' in reference to the Season 14 #rhoc promo pic…. here’s the raw, untouched photo taken with my iPhone by my makeup artist."

“Looks exactly the same to me! This dress is a size Medium.”

"I will take the criticism and be the voice for all the women out there that feel inadequate because they don’t fit someone’s ridiculous standard of beauty. Be strong. Be proud. Be confident. I got you." 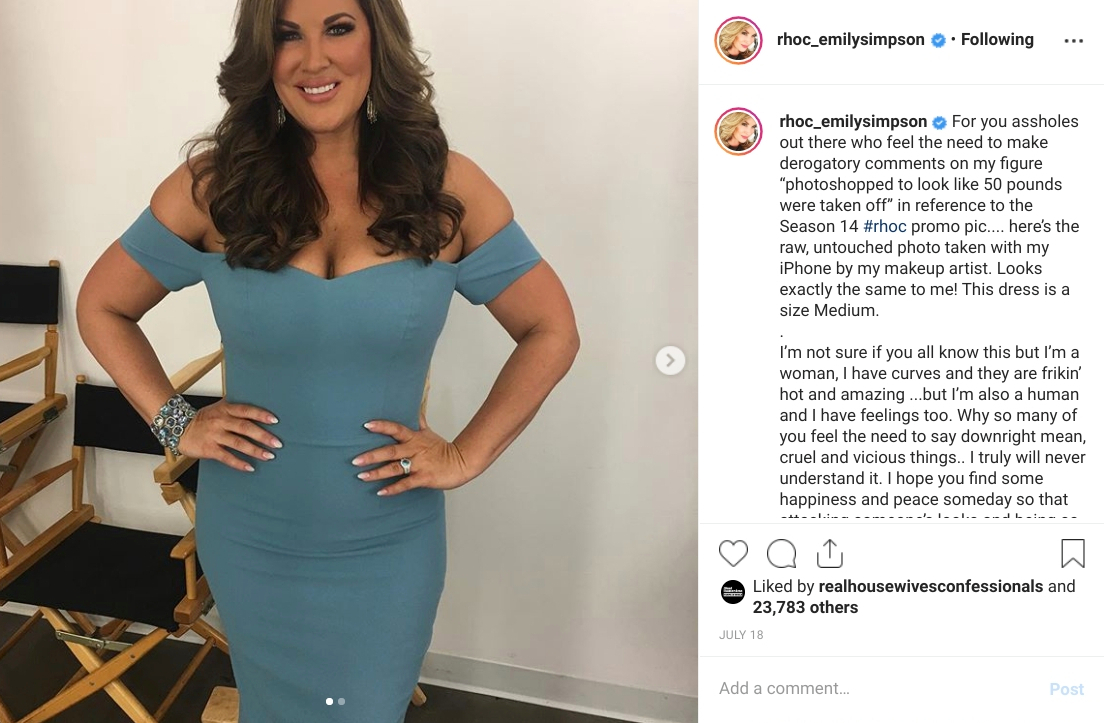 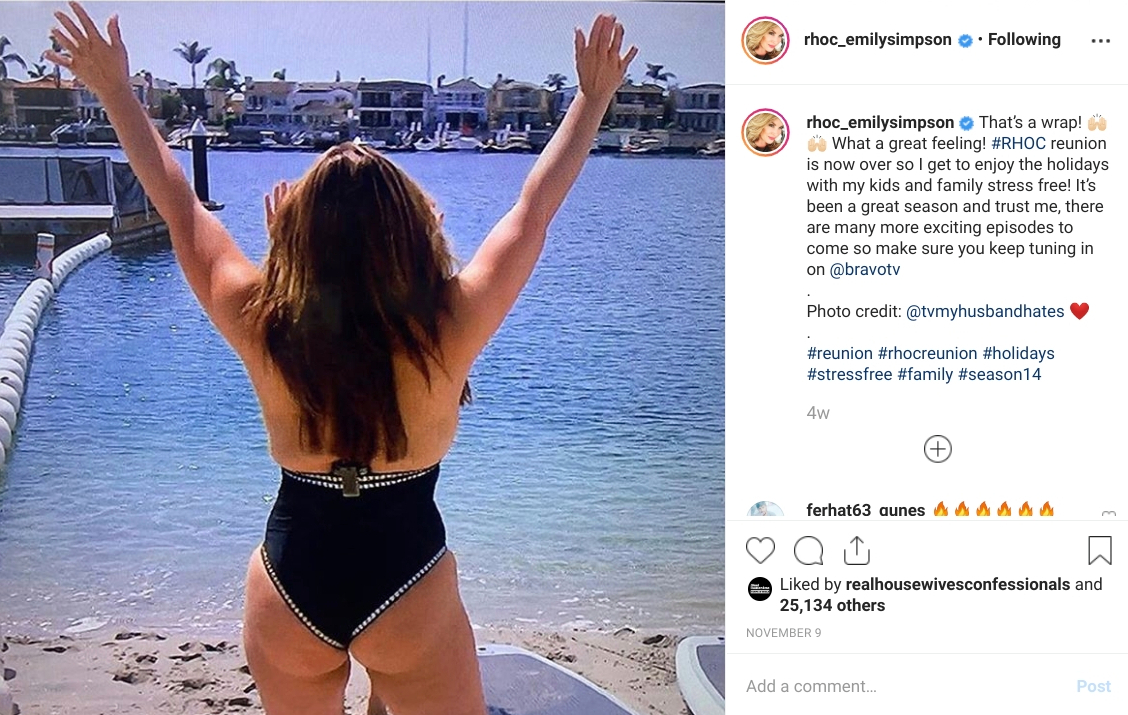