Home » TV » Rocky dead in EastEnders as Kathy and Sonia find him after heart attack tragedy?

Rocky dead in EastEnders as Kathy and Sonia find him after heart attack tragedy? 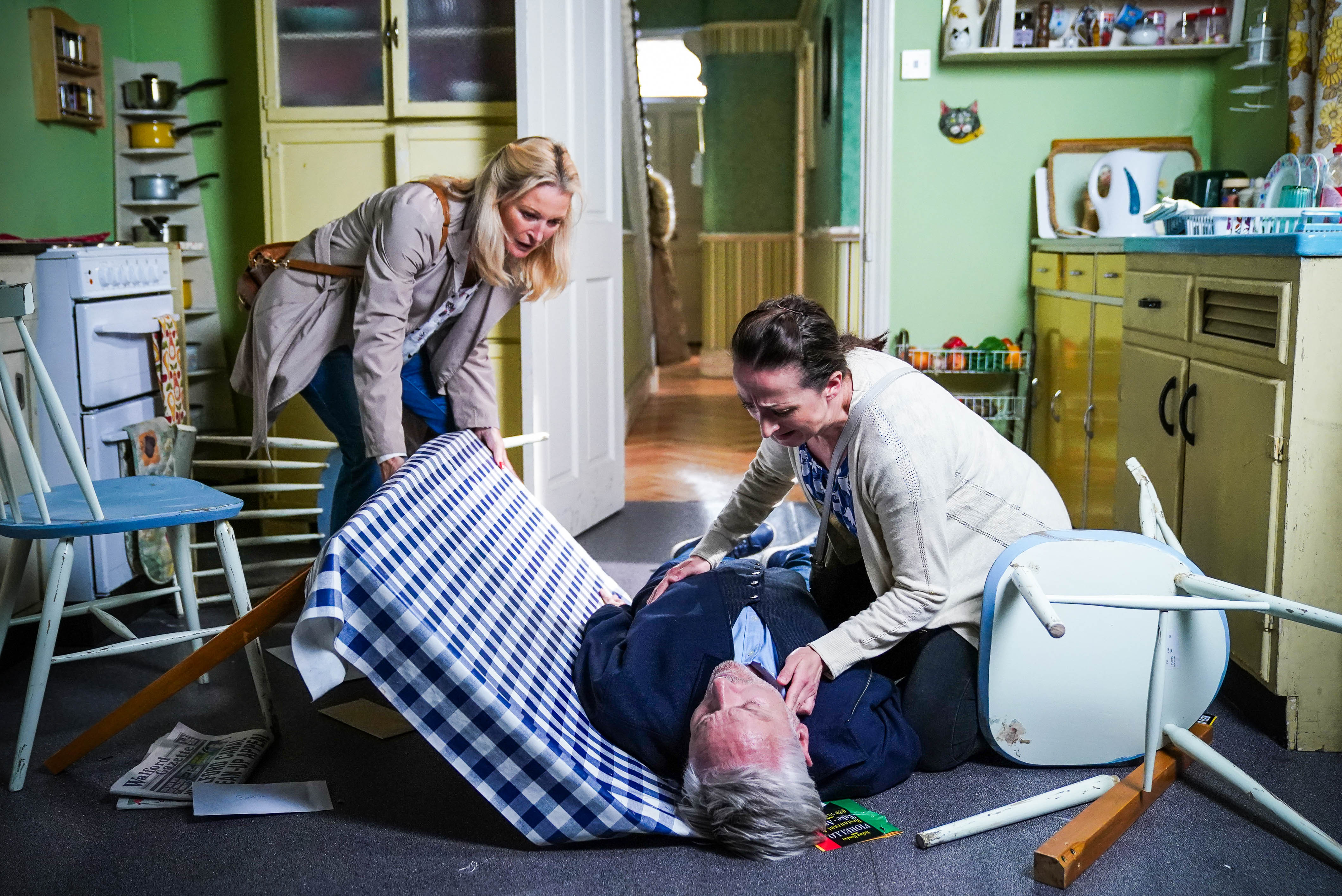 Tom ‘Rocky’ Cotton’s (Brian Conley) life is on the line in EastEnders, in the wake of his shock collapse earlier this week.

The soap’s resident schemer showed up in the Square several months ago, claiming to be Sonia Fowler’s (Natalie Cassidy) long-lost dad, Terry Cant.

Over time, he forged quite a bond with his supposed daughter, but a shocking twist was in store for viewers, as Rocky was revealed to be Dotty’s (Milly Zero) secret uncle.

Together, they planned on scamming Sonia, in the hopes of getting their hands on Dot’s (June Brown) money. But Rocky has come to regret the scheme, as he’s evidently developed feelings for Sonia.

Unable to come to terms with his actions, he resolved to leave Walford, but not before lover Kathy Beale (Gillian Taylforth) asked him for a hand at the restaurant, and when he arrived, he discovered that both she and Sonia had thrown him a surprise birthday party!

Rocky was touched, but the guilt overwhelmed him, and thus he made a huge decision, telling Dotty that he was planning on coming clean to his loved ones about the scam, as he can no longer live like this.

The expert liar wrote a letter, detailing the truth, the whole truth and nothing but the truth, but he was soon left fighting for his life, as he gripped his chest in agony and collapsed to the floor.

Rocky lay unconscious in Dot’s kitchen, with viewers wondering if he would live to see another day.

Thursday’s (November 25) offering of the serial drama will pick up from where the previous one left off, and Sonia and Kathy enter to find birthday boy Rocky out cold on the floor.

Sonia tends to her ‘dad’, hoping that he will be okay.

The question is: will Rocky pull through? Or will he die? And what will happen with the letter?

EastEnders airs these scenes Thursday November 25 at 7:40pm on BBC One.