Royal Family crisis: Meghan and Harry ‘step back’ is ‘as big as’ Diana’s Bashir interview

Meghan Markle, 38, and Prince Harry, 35, have announced they are going to split their time between the UK and North America after resigning as senior members of the royal family. The fallout from their decision has created a huge controversy and on today’s edition of Good Morning Britain, the panel discussed the impact of the latest news. Having been a photographer for the monarchy, Andrew Edwards, highlighted how Princess Diana’s infamous interview with journalist Martin Bashir, 56, seems to mirror the current crisis within the royal family.

During the interview, Prince Harry’s mother detailed the issues which arose in her marriage to Prince Charles, 71, which led to their divorce.

The insight into the apparent fractures in royal family rocked the monarchy and left the world in shock with how candid the late Princess of Wales was.

Following her son’s own decision to step away from the spotlight and spend more time with his family, Edwards believed the resignation was going to have the same impact.

Joining hosts Susanna Reid, 48, and Ben Shepherd, 45, the guest explained how the decision shows what has been speculated for so long. 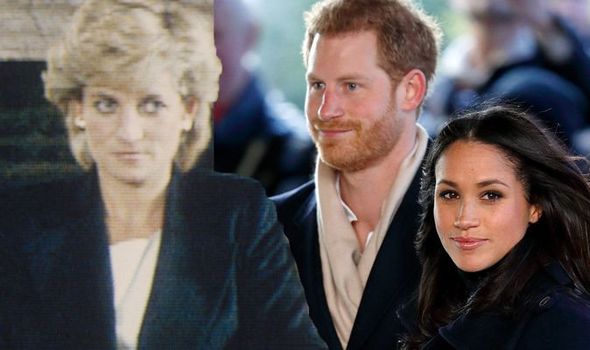 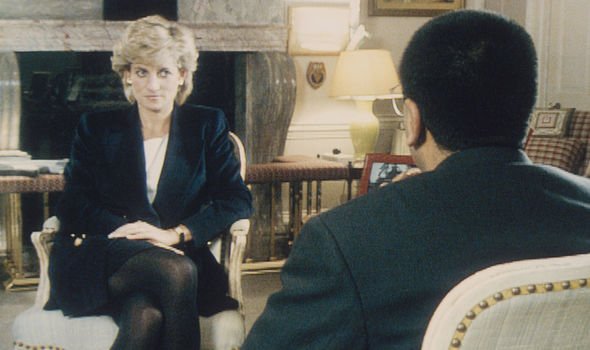 Reid asked Edwards: “You’ve seen some royal issues in your time, you photographed enough of them. Where does this stand?”

The royal expert confessed: “I think it stands up with the Diana interview. As big as that,” before explaining how the fallout will mirror it.

“I remember when that interview came out, everything we thought happened to the royals came true.

“And this is everything we thought was happening to Meghan and Harry has come true,” addressing the reported rift within the monarchy which has been speculated for some time. 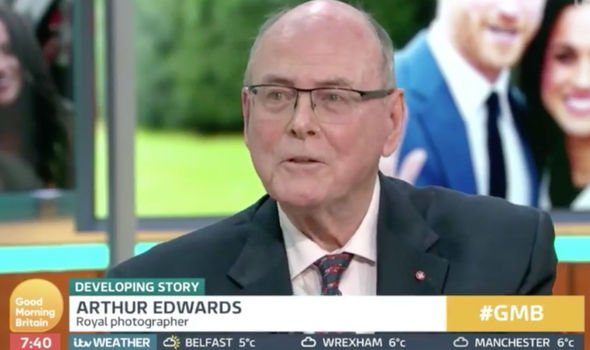 They were left alone

Addressing the couple’s decision to spend Christmas overseas, Edwards added: “They went to America and Canada for six weeks and nobody bothered about it.

He went on to explain how this was probably the time the Duke and Duchess decided they wanted to take a step back from the spotlight.

The statement was released last night, with the couple stating why they’d made their decision to resign from their positions.

DON’T MISS…
Meghan Markle outrage: The eye-watering sum taxpayer will STILL pay [ANALYSIS]
‘Poor me, poor me’ Author hits out at Meghan and Harry’s attitude [VIDEO]
How Meghan might have sparked shock reaction from Philip [LATEST]

It read: “After many months of reflection and internal discussions, we have chosen to make a transition this year in starting to carve out a progressive new role within this institution.

“We intend to step back as ‘senior’ members of the Royal Family and work to become financially independent, while continuing to fully support Her Majesty The Queen.”

The couple detailed how they wanted to raise their son Archie Harrison Mountbatten-Windsor in both continents to give him “an appreciation for the royal tradition into which he was born”.

Former aide to Her Majesty Dickie Arbiter, doesn’t believe this is the best move however.

“I think they’re asking for trouble Harry and Meghan quite frankly,” he began.

“Because if you try and limit the coverage to the exclusion of everybody else, you’re going to leave yourself wide open to speculation, wrong stories appearing in social media, which I think has been their biggest problem.”

The royal expert then went on to say how the stories will continue to make headlines whether they’re in the spotlight or not.

“There are still going to people writing things that are speculation, that are made up, that are totally wrong. Nothing is going to change.”