This Morning was back on television screens today as Ruth Langsford and Eamonn Holmes sat in to present for Holly Willoughby and Phillip Schofield in the run up to Christmas. At one point, resident agony aunt Vanessa Feltz joined them on the sofa to discuss the stand she made following a Christmas advert for an over-fifties dating app, was banned on the London Underground. And when the conversation turned to Vanessa’s active sex life, Ruth was left stunned by her admission and had to ask her to clarify several times.

It comes as the advert which featured Ulrika Johnson wearing a red nightie and stockings was banned over concerns it was offensive and objectified women.

Because of this decision, Vanessa thought she would take a stand and took part in her own raunchy photoshoot which saw her pictures published last night.

The 57-year-old wanted to empower other woman her age and show them that being sexy and confident isn’t defined by a number.

Discussing her photoshoot images, conversation turned to her sex life. 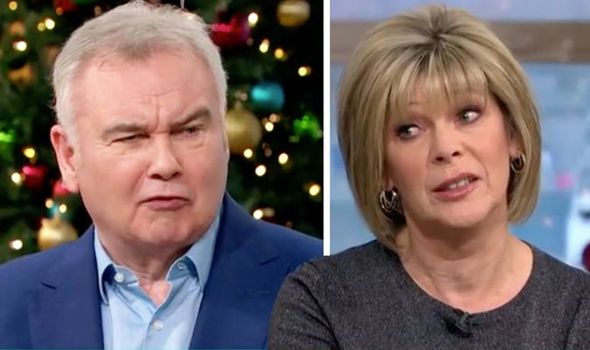 “Like I said, I always did [enjoy sex] and still do,” Vanessa explained.

“You’re quite athletic in that department!” Ruth interjected and Vanessa replied: “Well it’s the only indoors sport or indeed outdoors which I’ve ever been any good at! It’s just -“

But Ruth couldn’t concentrate on continuing the conversation as she was shocked by Vanessa’s remark. 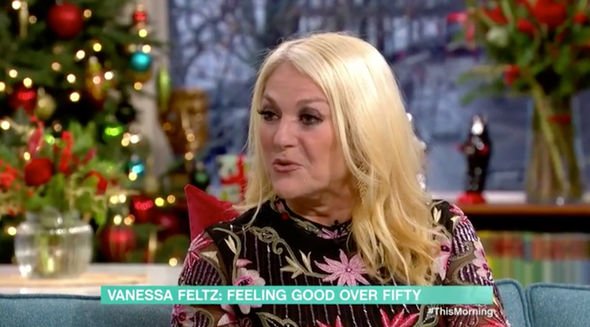 “Outdoors? Really?” She continued to probe clearly shocked by the comment.

“As long as you don’t break the law you know! But I mean it’s the only kind of physical activity I’ve ever been interested in!” Vanessa added.

“Well that helps? Let’s not be to serious about it, I don’t think I’m any sort of sex bomb,” the agony aunt said. 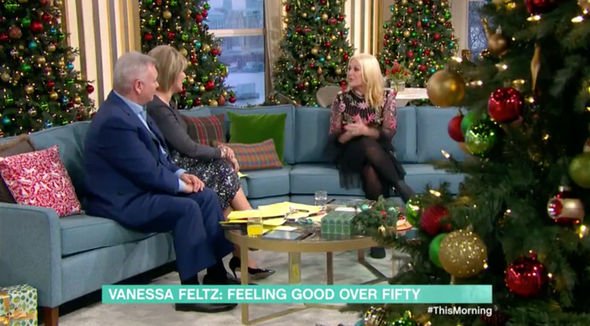 “The point you’re trying to make is that you are still active,” Eamonn added trying to return to conversation to daytime topics.

“Well there then seems to be this surprise ‘well you are over 40, how could you possibly be doing that?’” He said.

“But didn’t you feel the same when you were very young? You’d look at people over 40 and think ‘Gosh what can it be like to be-‘ And it’s just like it feels to be you! Just the same,” Vanessa replied.

Ruth then added: “Whenever we’re asked about that, if we say ‘yes we enjoy a very healthy – in that department,’ then they go ‘oh please get a room you two!’ And if you say ‘no’ then they go ‘oh it’s sad isn’t it?’”

It comes after yesterday’s show when Ruth and Eamonn kicked off presenting for the Christmas period.

Holly and Phillip are on holiday until the New Year and the radio broadcaster spoke about the “disruption” the show has experienced this year.

It comes after Ruth apparently made an official complaint to ITV after Phillip cut her off during a link to Loose Women.

This Morning airs weekdays at 10.30am on ITV.