As much as Seinfeld is beloved for its main cast of characters, the show also relied heavily on a large supporting cast. This included George Costanza’s (Jason Alexander) father, Frank Costanza, played by Jerry Stiller. The comedian is remembered fondly for the rage-filled, crotchety role he played on the show — showing just how short George’s fall from the tree was. However, Jerry Stiller also caused one of the biggest Seinfeld bloopers in history — he even had Jason Alexander rolling on the floor. 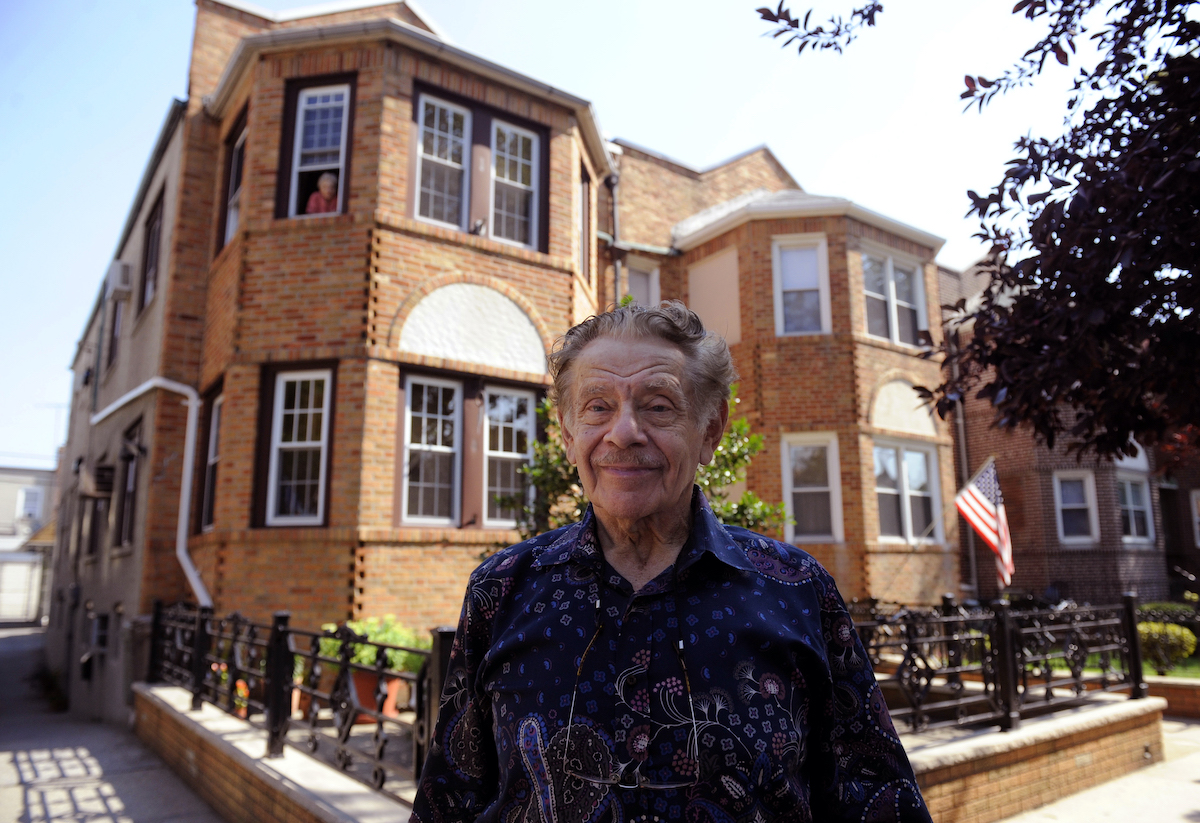 Seinfeld fans may be surprised to learn that Jerry Stiller was originally in only 30 of the sitcom’s 180 episodes — the strength of his comedic presence was big enough to counteract the low number.

Before his appearance on Seinfeld, and before pulling out his wonderful Seinfeld blooper, Jerry Stiller was in a successful comedic duo co-starring his wife, Anne Meara. The two often worked together in nightclubs and on variety shows, and appeared three dozen times on The Ed Sullivan Show, per the New York Times.

Jerry Stiller died at the age of 92 in New York City, of natural causes on May 11, 2020. His son, Ben Stiller, took to Twitter to announce the news.

“I’m sad to say that my father, Jerry Stiller, passed away from natural causes. He was a great dad and grandfather,  and the most dedicated husband to Anne for about 62 years. He will be greatly missed. Love you Dad,” Stiller wrote.

As Frank Costanza, Jerry Stiller brought forth a deep and unreasonable rage that made him a wildly memorable character. Of course his crotchety  and unusual suggestions and demands helped. Fans still celebrate Festivus to this day.

Season 8 Episode 4 saw Jerry Stiller channeling that same rage into what became one of the most memorable Seinfeld bloopers. One of the episode’s subplots features George Costanza becoming a “bad boy” to impress a woman. He gets arrested for bootlegging, and Jerry Still as Frank Costanza comes to bail him out.

“Who put you up to this, was it her?” Stiller asks Jason Alexander. Julia Louis-Dreyfus tells him that he has it backwards.

“My George isn’t clever enough to hatch a scheme like this!” replies Stiller. Louis-Dreyfus says he’s got that right.

“What the HELL does that mean?” replies Stiller, causing Dreyfus to erupt in laughter. Jason Alexander falls forward off the bench and rolls on the floor as Stiller tries the line again.

“You want a piece of me?” he then asks Dreyfus, who breaks out in laughter several more times before completing the scene.

Julia Louis-Dreyfus and Jason Alexander reminisce about the star 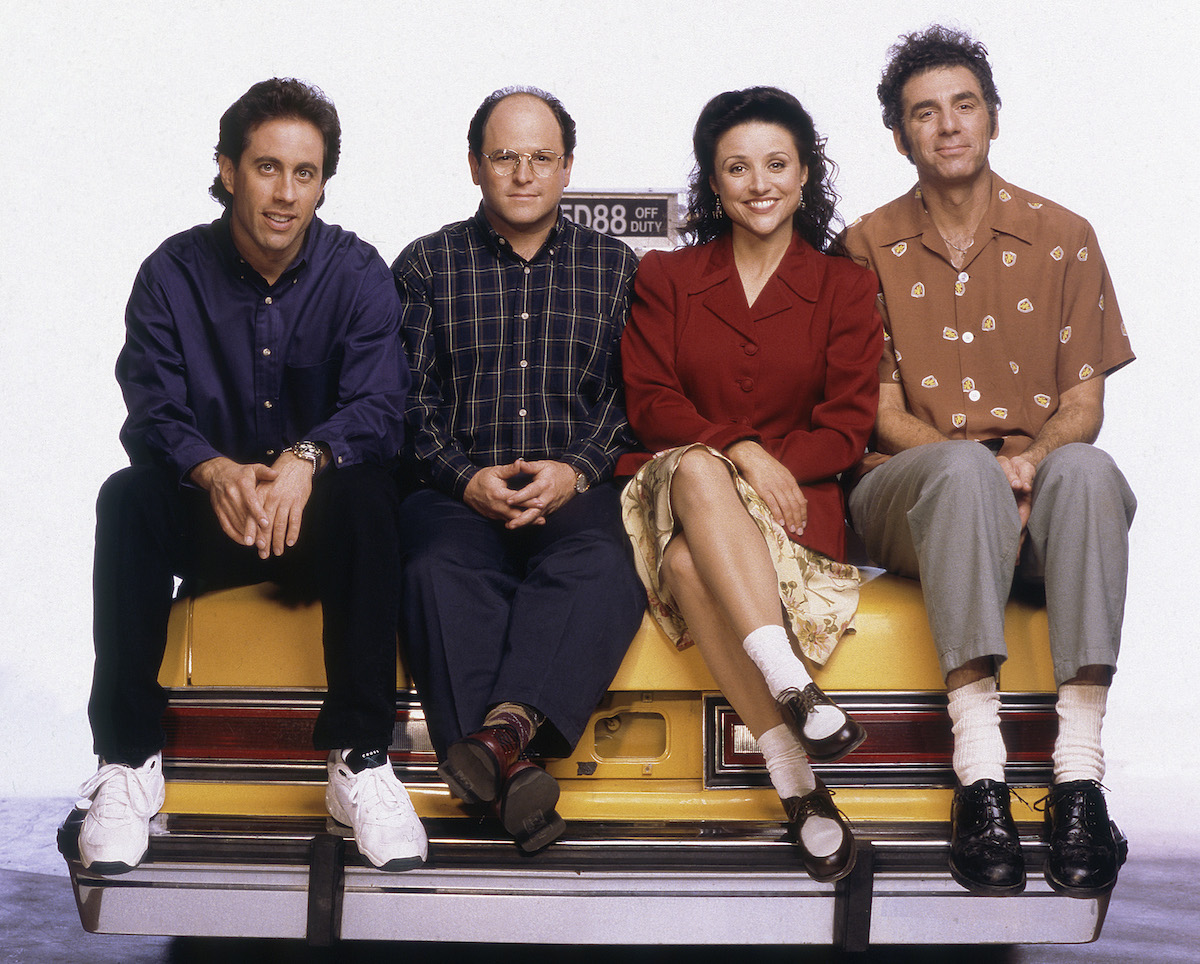 During a virtual chat to raise money for Direct Relief, Jason Alexander and Julia Louis-Dreyfus recalled Jerry Stiller and one of the most famous Seinfeld bloopers.

“So he’d kinda get in his own way and they’d come to him very sporadically, and he’d get angry with himself as well that they weren’t coming quickly. And that’s where a lot of the internal rage of Frank Costanza came from.”

“Also, Jason, this gesture that he did where he looked to the sky a lot,” adds Louis-Dreyfus, mimicking Stiller’s hands up in a frustrated pose as she looks to the ceiling. “This was him trying to remember the language right?”

“Yeah exactly, and he did that line in the first take of, ‘You saying you want a piece of me?’ And you did exactly what you’re doing now,” said Jason Alexander as Louis-Dreyfus laughed.

“And I have to tell you, when you go, very few people have the stamina to not go with you. There’s something about your laugh that is just really infectious. And from that first reading it gave us the giggles and then you just, you couldn’t face off against him,” reminisced Alexander.

“I fell off the bench I was sitting on,” he added.