Today’s launch of Harvey Weinstein exposé movie She Said has given a shot in the arm to a UK campaign to stop the misuse of non-disclosure agreements (NDAs).

The Can’t Buy My Silence campaign was launched by Zelda Perkins – played by Samantha Morton in Maria Schrader’s She Said – five years ago, and, today, Heather Rabbatts’ Time’s Up UK has declared public support and is seeking “vital funds” to continue its work.

Former Weinstein assistant Perkins says her friend was raped by the now imprisoned movie mogul in the 1990s and she was forced to sign an NDA worth £125,000 ($150,000), which she has since gone public about and launched her campaign. Perkins was at the New York Film Festival premiere last month alongside major stars and other survivors of Weinstein’s abuse.

Looking For Lessons In The 'She Said' Box-Office Beatdown 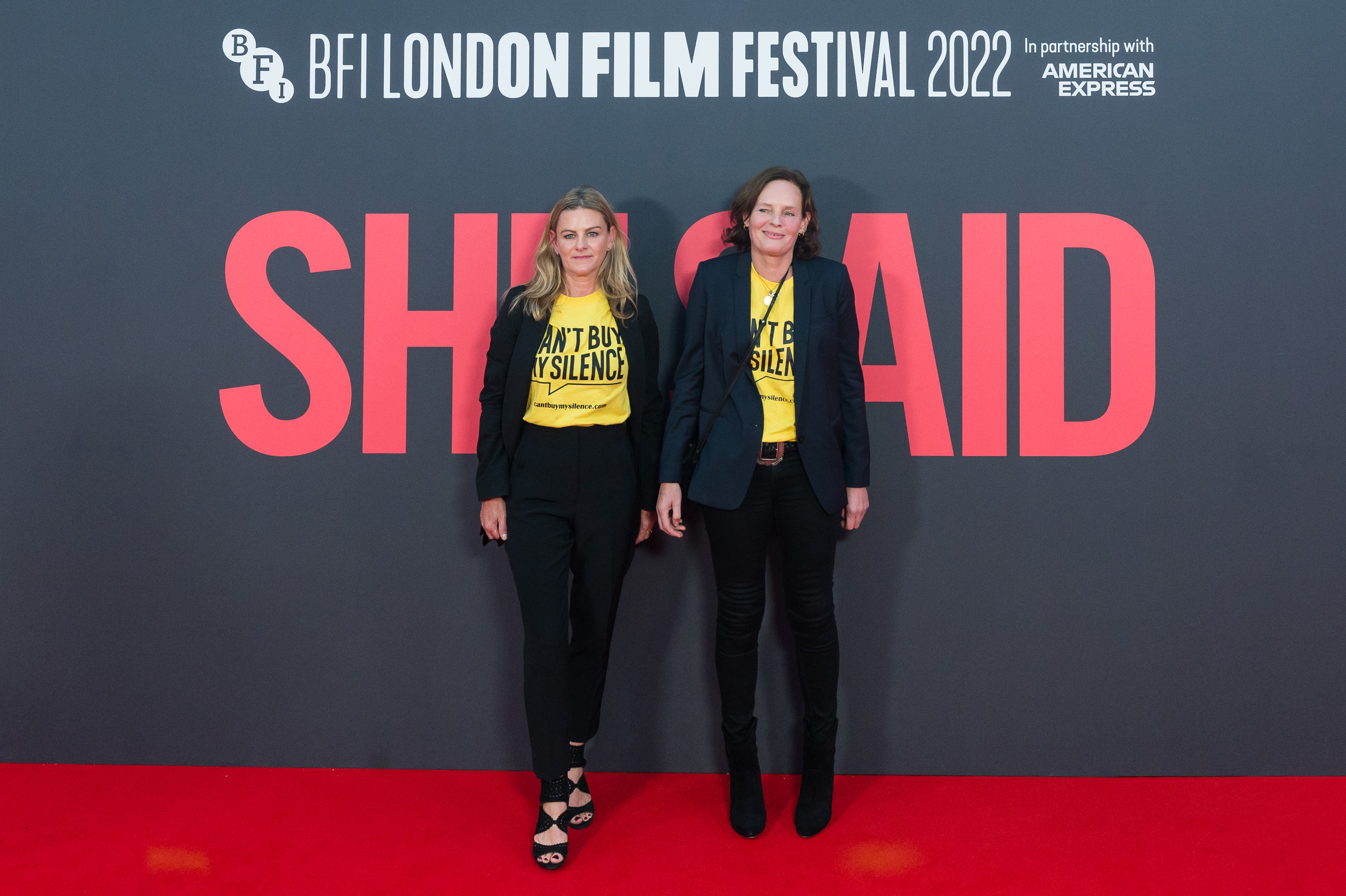 In urging legislation, Perkins has previously said the UK law around NDAs is being used “to protect perpetrators and makes no logical sense.”

Time’s Up UK, a wider body that emerged from the #MeToo movement, said it wants to help spotlight the campaign as She Said, which stars Zoe Kazan and Carey Mulligan as the two journalists who wrote the investigation that eventually saw Weinstein taken down, launches in cinemas around the world.

“We need to support campaigns like Zelda’s to prevent the misuse of NDAs so vividly witnessed in She Said released in the UK today,” said Rabbatts, who runs Time’s Up UK. “We all need to work together on these issues to effect change. It takes the solidarity of women, the allyship of men and the belief and collaboration of us all.”

Perkins added: “Can’t Buy My Silence emerged from the direct experience of abuse from Weinstein. However, its more significant root is from the worse abuse suffered from being gagged by the system.”

The support for Can’t Buy My Silence comprises part of Time’s Up UK’s work to prevent bullying and harassment in the UK TV and film industries including the development of a Creative Industries independent standard’s authority (CISA) to strengthen and better coordinate efforts.

That campaign has financial backing from all major British broadcasters and Sky and public backing from the likes of Keira Knightley, Naomie Harris and singer Rebecca Ferguson.

Amazon Commits $1B For 8-10 Theatrical Movies A Year: Here’s What It Means

50 Years Of Thanksgiving-Themed TV: From Charlie Brown To ‘Succession’