During Wednesday’s This Morning, hosts Rochelle Humes and Vernon Kay were speaking about the hilarious images of The Duke and Duchess of Cambridge’s daughter. Praising Princess Charlotte’s appearance at the games, Simon McCoy said people are looking at “the legacy”.

Presenter Vernon mentioned that last year it was Prince George that captured the nation at the World Cup but this time it’s his younger sister stealing the show.

On Tuesday, Charlotte attended the Commonwealth Games with her parents to cheer on England during the swimming race.

Wearing a black and white striped dress with her hair in pigtails, the 7-year-old was snapped clasping her hands together with excitement and getting a hug from her dad.

The Royal was also seen giving Prince William a thumbs up and making a series of funny faces. 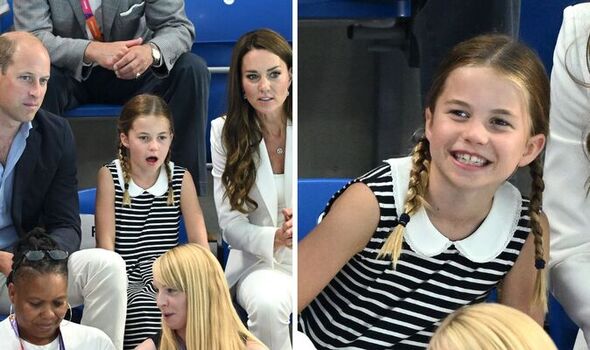 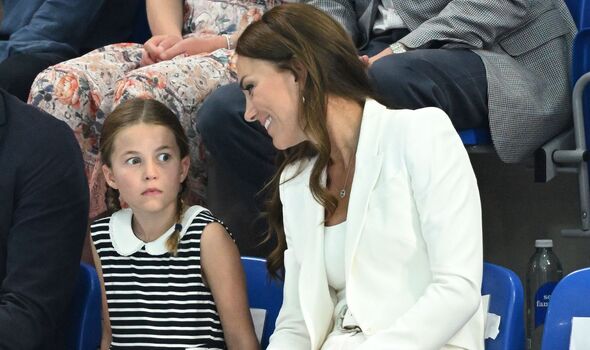 On the ITV show, Vernon called the photos amazing before the panel spoke about them some more.

Rochelle admitted she feels as though people are seeing a lot more of the family at the moment which she enjoys.

She said: “I loved all those pictures of Little Louis at the Jubilee when he was pulling faces.

“It’s quite nice as a parent to see those moments.” 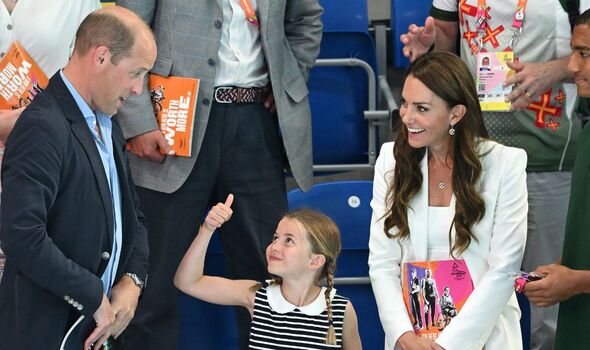 Another This Morning guest added that it’s lovely seeing the family being allowed to be themselves without expressing any embarrassment.

“It’s nice to see this side of the family.” Vernon agreed.

Simon then shared that he believes these photos have a great deal of significance for the nation.

“For no reason, there are photographers in the right place to get these pictures but everybody’s going, ‘Yeah that’s nice to see.’

“As you say, it deflects from other stuff.

“We can refocus a bit on a young family who are clearly all very happy together.”

Currently, England are in second place on the leaderboard with a total of 79 medals behind Australia’s 104.

On Monday, he was called “unbeatable” by BBC commentator Matt Baker after scoring 14.66 in the men’s individual floor final.

This Morning continues weekdays on ITV at 10am