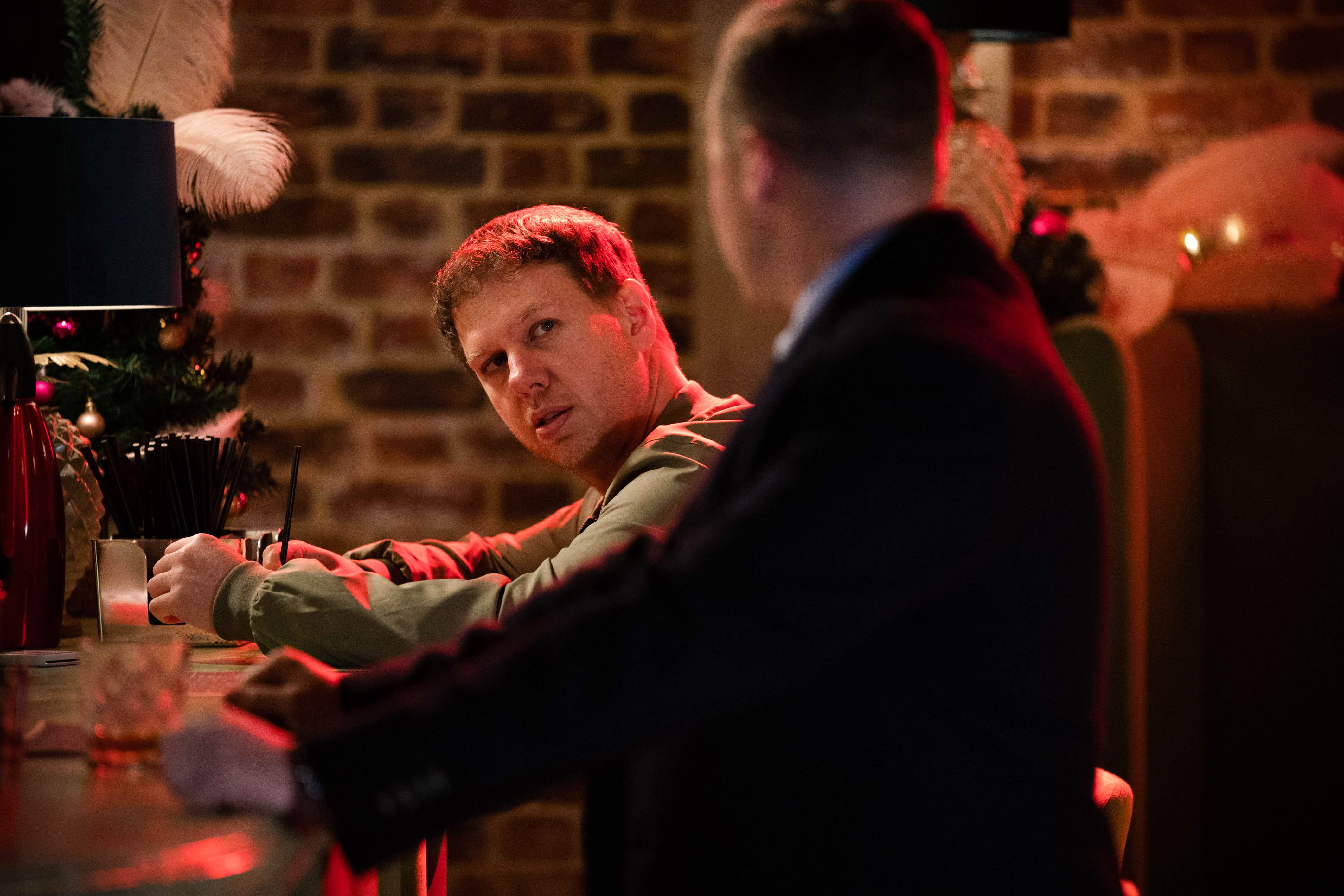 Aaron Monroe (Charlie Wernham) comes up with a shocking plan in episodes of EastEnders to be aired soon.

We know that he’s part of a far right Islamophobic gang. We also know that his sister Dana (Barbara Smith) is thinking of converting to Islam herself and has been active in the campaign to have a mosque in Walford.

Added to this family connection, when gang member Neil spots Aaron apparently having a friendly chat with Keegan, he wonders whether Aaron might be going a bit soft on the ‘cause.’

Aaron assures Neil he’s only pretending to be friendly with Keegan in a bid to get the locals to trust him.

Desperate to prove that he’s a hard man who’s fully on board with the gang’s fascist ideals, Aaron comes up with a plan to show everyone exactly what he’s made of – and his scheme could spell death and destruction for the innocent folk of Albert Square.

What does he have in mind?

And how much danger will the Albert Square residents be in?

Can anyone put a stop to Aaron and his plan?