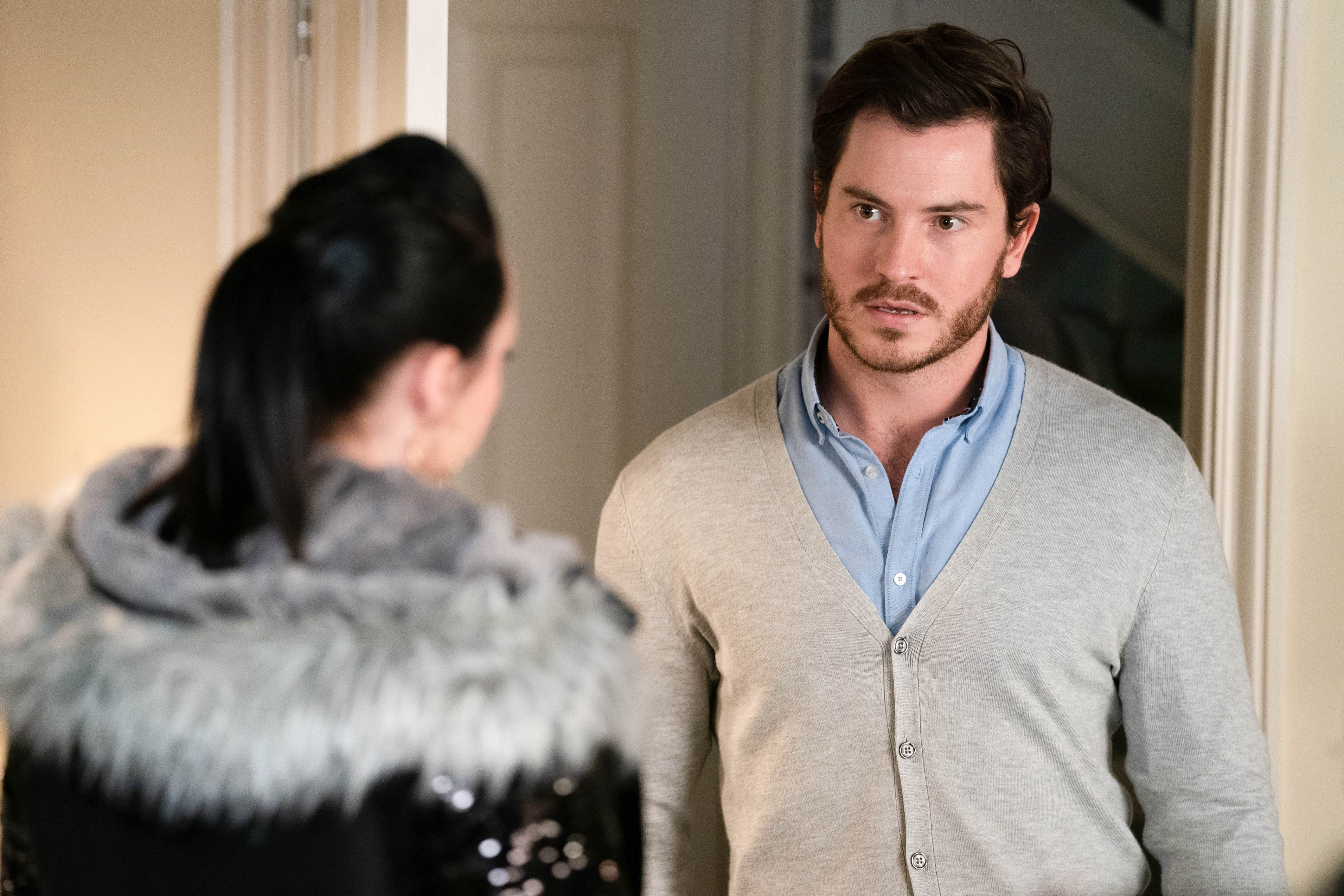 Gray Atkins (Toby-Alexander Smith) in EastEnders is consumed with guilt after killing Chantelle (Jessica Plummer) and Tina Carter (Luisa Bradshaw-White) following her discovery that Gray had abused and murder his wife.

Someone who has been supporting Gray for months is Whitney (Shona McGarty). Ever since Gray helped her with her trial following the death of Leo, Whitney has been by Gray’s side, sticking up for him whenever someone dared to utter a bad word about him.

With Gray fully aware of what he’s doing, soon he uses Whitney to his advantage, manipulating her to get exactly what he wants.

After Whitney spent the evening with Gray, he watched as she played with his children, happily aware she is fitting into the role.

Gray cancels Whitney’s babysitting duties, telling her he has the day off work, but when Whitney realises Karen (Lorraine Stanley) is looking after the kids instead, she’s upset and confronts Gray.

Whitney’s past relationships have been traumatic for her in the past, so if she gets too close to Gray, how will things turn out if no-one is aware of what he’s capable of?