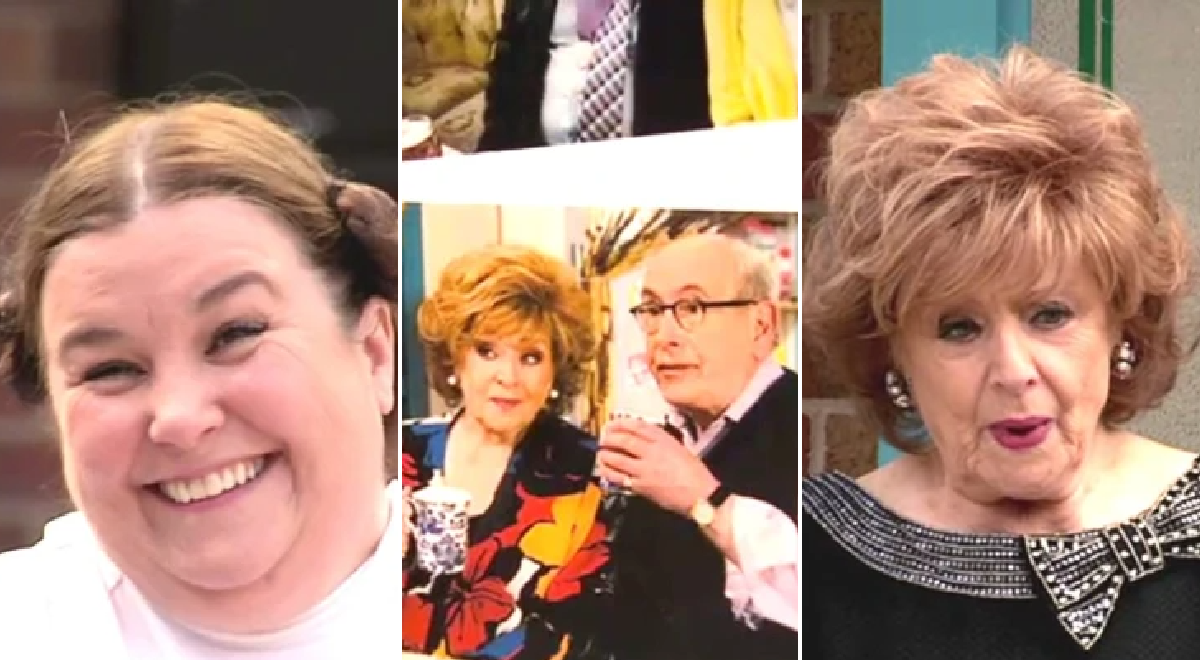 If there’s one thing we all know about Norris Cole (Malcolm Hebden) it’s that he loved causing chaos in Coronation Street.

And he certainly did that tonight.

Following the news Norris had died, Weatherfield residents gathered and watched as George (Tony Maudsley) and Todd (Gareth Pierce) led the funeral cart along the cobbles.

Coronation Street certainly delivered some hilarious scenes tonight as in the church, a stressed Mary (Patti Clare) grew hot and bothered over her hairstyle (she was dressed as Princess Leia, obviously).

Meanwhile, worried the funeral may cause her some stress, Audrey (Sue Nicholls) whipped out a hip flask and casually offered a swig of alcohol to Gail (Helen Worth) and Mary as though it was the most normal thing in the world.

After saying their goodbyes, Norris’ friends headed home to try and unlock the secret their sneaky friend had hidden inside the paperboy outside The Kabin.

Gail, Ken (William Roache), Brian (Peter Gunn) and Freda (Ali Briggs) watched as Mary arrived gloved up and with a chainsaw in hand (she has a licence for it…don’t ask).

But once Brian reminded Mary she had been drinking and took a suspicious tablet from Audrey (which actually turned out to be a TicTac), he took over and decapitated the paperboy.

What secrets were lying inside?

Well, none, of course – this is Norris Cole we’re talking about.

Norris’ friends chuckled away to themselves as realisation hit his level of gossiping and secret keeping once again allowed him to be the centre of attention.